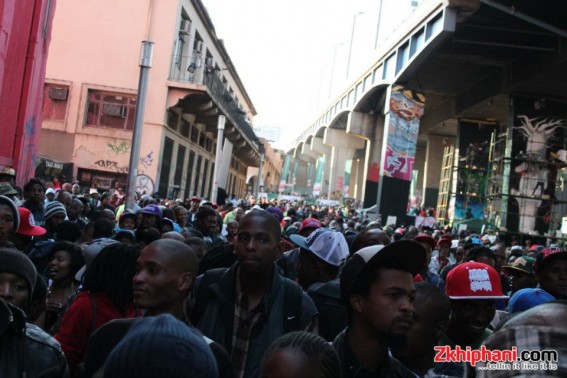 young people came in huge numbers to see the show

On Friday the 27th of April over 10 000 youth followers of hip hop flocked the Henry Nxumalo Street in downtown Johannesburg for the sixth annual “Back to the City” festival. The rest of the country celebrated Freedom Day while thousands of young people celebrated the day through hip hop music. Back to the city is the largest hip-hop festival on the continent and it went on for more than 11 hours. Topics such as Publishing, Distribution, Recording, The Music Video, Independent versus Mainstream, Funding, Entrepreneurship and Advertising were openly discussed in order to facilitate access to resources, to empower the community and invest in those who exemplify the Hip Hop spirit.