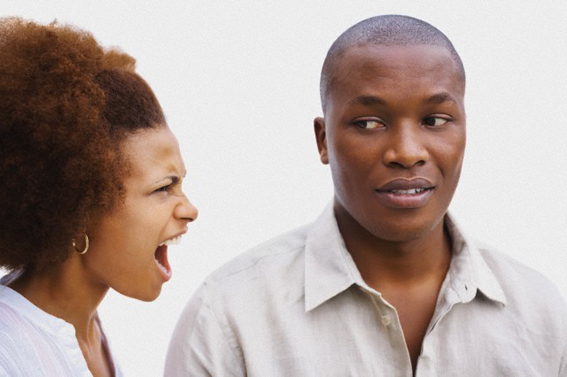 This article is a realistic take on the movie, “think like a man” based on Steve Harvey’s book, “act like a lady think like a man”. Disclaimer: read to understand not to reply

Ten reasons why the teachings of the book and movie are flawed .

1. Tactics – The tactics of this book and movie are contradicting reality, since when are relationships standard including the individuals in them. When did the symbiotic status of relationships change? The movie and book comes across as the saviour – the end of female misery. However, is this book not making women do all the work to guarantee the success of a relationship? What happened to authenticity, corporation, similarities, trust, care, consideration, honesty, effort etc – instead of trying to trick or change a man to what you want him to be and/or do?

2. ‘Requiring’ a man to pop the question – marriage is a big step, if you do agree with me then why would you trick or as Steve puts it, require a man to marry you? Have you ever considered the fact that maybe you are not marriage material according to him. If I may ask, would you prefer he proposes because he means it and wants you to be his forever or because you have ‘required’ him to, then you divorced after 2 years? Allow a man to marry you for the right reason so he can treat you accordingly, I am just saying.

3. Material – Lady’s, majority of you claim to be independent yet you have rigid ancient approach when it comes to a man. Money does contribute in a relationship yet is it everything? Have relationships turned into a business partnership? The difference between a gold digger and a greedy rich woman is not that easily identified. Let us say, you do meet a rich man, will you stay when the money is gone? Is the relationship about priceless things like love or is it about what he has and will have in future?

4. Dating versus parenting – Lady’s if a man loves you, kid or no kid he will take you as you are, unless if the love is conditional. My grandfather married my grandma with three children, what I am trying to say is that, as a modern woman – is it fair to allow yourself and your child to be played by men on a regular basis? In these recent times – morals and authenticity are rare traits, therefore why would you drag your child into each relationship?

5. The 90-day rule – I agree with Steve with the tuuptuup phenomenon, but using sex as a mechanism to tame a man is not an effective way. Sex is a physical for men, it is like a sport, and some focus on quantity some on quality or both. A man will play along if sex is an incentive because it is exciting. However, the day the sex game’s end, do you think sex will be exciting since he does not have to work for it? FYI – keeping sex off the table, does not mean I will not wait – I will, not because I am in love because I view such a situation as a challenge and as a man who is competitive and egocentric I will wait. The trick about waiting is that I will get sex elsewhere but I will be with you. Sex is sex, if a man wants to be with you, he will be with you whether you slept with him after the first drink or not. 6. Change – influencing someone to change is not wrong, however it is by choice for it to occur. Females tend to believe they can change men from teachings they learn through reading books and watching movies. There are three types of men – rigid, open-minded, and weak men, you may change a weak man because he lacks a backbone, and he just follows. A rigid man will tell you to f-off with your tactics, an open-minded man will scrutinize your change tactics. If a simple book or a movie has the power to influence your views, do not assume what you watch and read applies to your man, be realistic.

7. Lies and playbook – after all the lies told on the movie, from the tactics of the females and the males, things turned out to be a fairy tale. Nonetheless, it takes time for one to forgive such lies and games, no one will hurt you, and you forgive them just like that after they played you like a game. Forgiveness is not easy, at times impossible, if such a movie and a book speaks about relationships, at least can it be realistic. A real relationship can be achieved without any playbook, play books are for fake and brainless human beings.

8. Standards – lady like standards may not be perceived as marriage material, you may come across as fake, cheap, gold digging, heartless, etc. be who and what you are, the early the better. Relationships are like insurance, it is better to know all terms and condition rather than being surprised at claim stage. It is fair to engage the reader, as this is not a one-man topic; I have stated my 2cents of the content of the book and movie. What is your take on this matter, “think like a lady and act like a man”;

please feel free to contribute on no. 9 and 10.