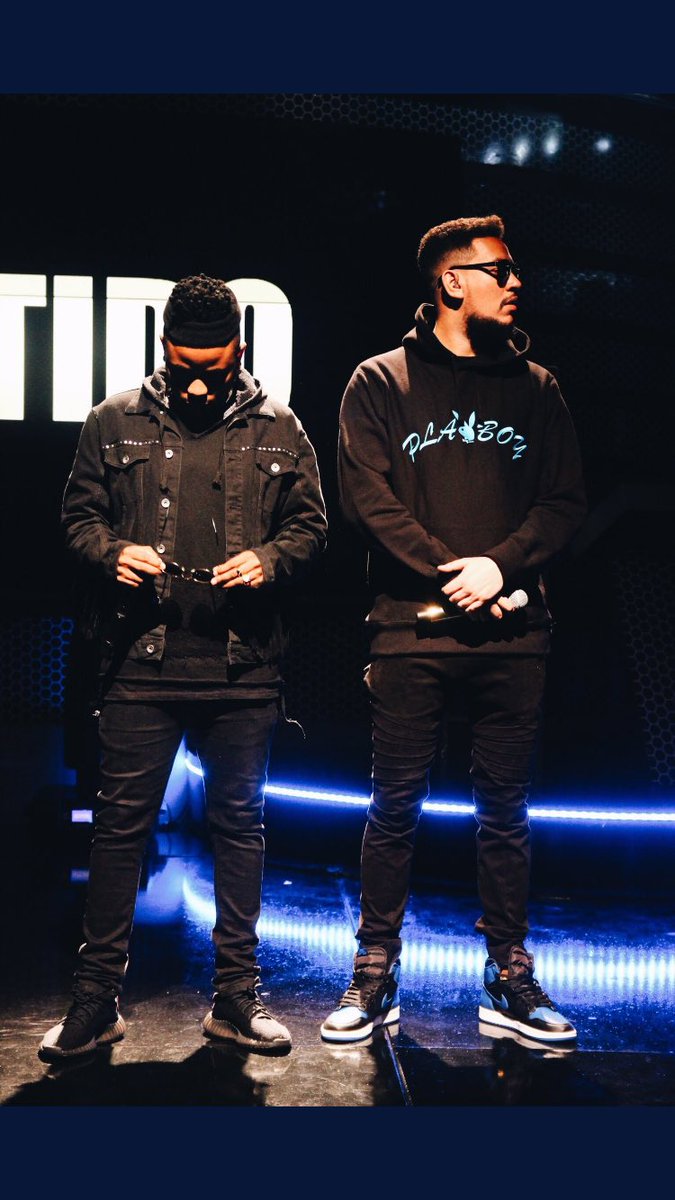 We are a few months away from the official release of what may be AKA’s final album, Touch My Blood. AKA is certainly pulling out all the big guns for this project and he seems like he is putting his all into this one. We are not mad at that because initially, we were a bit skeptical about the album’s overall diversity, however, we now know that he called upon an arsenal of artists.

In between promoting his new line of Watermelon Vodka, The Supa Mega has been chilling with some of his rapper friends in the studio putting that work in. We are certain that Kwesta and possibly Reason might get an appearance on this anticipated project. An appearance by L-Tido has been secured.

This choice of a feature is particularly interesting considering the history that the two share, however, we love it when the work together, remember how amazing ‘Thixo’ is? Who would’ve thought that their chemistry on the song would be so refreshing? It seems like AKA is really in a reconciling mood for this particular project, besides L-Tido and Tweezy whom he had a history with, rumor has it that he worked on a song with Buks, his former IV League brethren.

This reveal of guest features and collaborations has had us wishing we’d get the album sooner. Stay tuned for more about Touch My Blood.