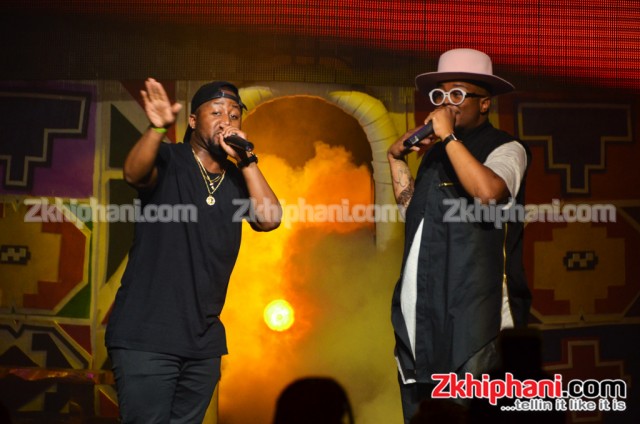 On his controversial diss song #Composure AKA says “I’m the reason niggas had the saga on repeat, Now you wanna charge me eighty thousand for a beat? Load it up on data file, put it on wax, Streets on smash but your video trash” Which is a direct jab at Anatii who collaborated with AKA on a smash hit track called The Saga. This punch line didn’t sit well with Anatii to a point that he just had to record the remix to the song which is called “The Saga Continues” featuring featuring AKA’s opponent Cassper Nyovest and Riky Rick who is also implicated in the #Composure song. The remix of The Saga is not officially out yet but Anatii performed it with Cass and Riky at the 2015 annual hip hop awards, the memorable line on the remix is when Cassper says “ey yo Anatii should have had me on the original in that way there wouldn’t be a need for a remix” damn we can’t wait for the guys to officially drop The Saga Continues.

Related Topics:Anatii recreates The Saga remix (AKA DISS) On his controversial diss song #Composure AKA says "I'm the reason niggas had the saga on repeatNow you wanna charge me eighty thousand for a beat? Load it up on data fileput it on wax