His works dwell on the relationship between gender and craft, the role of the prayer rug, and the issue of veiling identities, highlighting the numerous histories and ideologies embedded in each piece of fabric.

Combining aspects of performance, weaving, sculpture, and installation that draw upon his background, Igshaan Adams’s practice is an ongoing, personal investigation into identity and intersectionality. 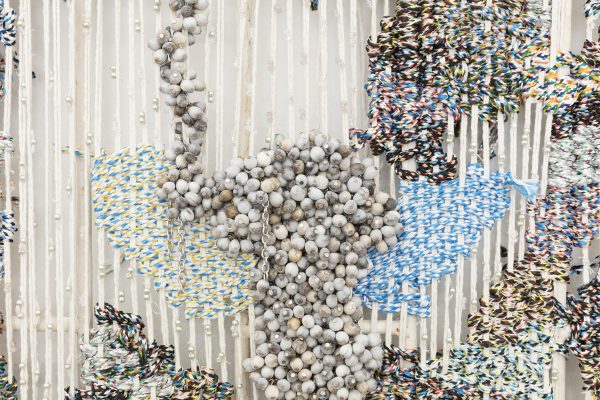 Adams forges his investigation through textiles—materials with rich cultural histories, especially in Islam, that he sees as resonant with the strong matriarchal influence of his childhood.

His works dwell on the relationship between gender and craft, the role of the prayer rug, and the issue of veiling identities, highlighting the numerous histories and ideologies embedded in each piece of fabric. 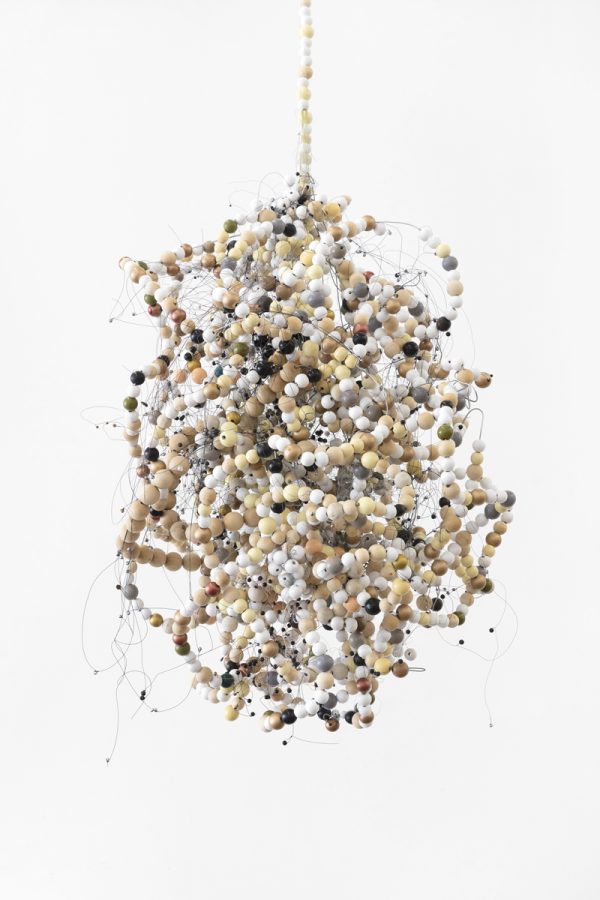 Adams told Blank Projects: “I am concerned with my two environments: the internal and the external; and the constant exchange of information between the two. As I project myself onto the world, so too do I internalize the world’s projections onto me. Initially, I grappled with deconstructing my hybrid identity, focusing on my multicultural, religious and sexual identities in relation to the domestic and political environments in which they were formed, hoping to understand the conflict I was experiencing.

“My focus has since shifted to wanting to know more about the self from a multidimensional, universal and mystical position. Doing and undoing, pushing and pulling, employing restraint while at the same time being open to discovering new elements of beauty through playful experimentation, all of this allows me as the artist to insert my personal inquiry into the work. My aim has always been to question and challenge boundaries in a sensitive way.” 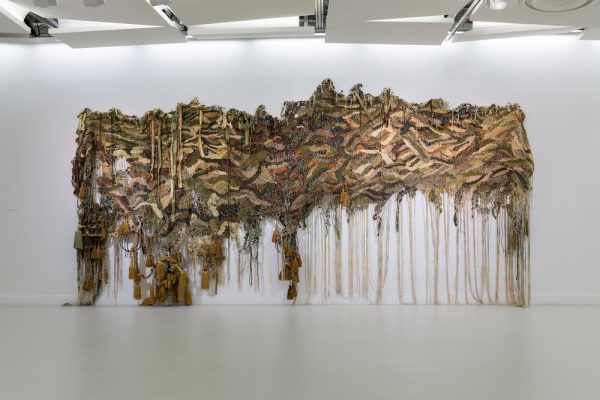 Adams was brought up in Bonteheuwel, Cape Town by his Christian grandparents, but he is a practicing Muslim using his works to identify and comment on religion and sexuality. 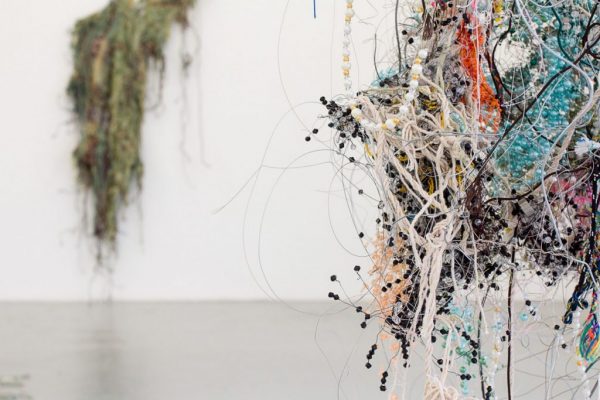 He has also participated in numerous group shows, both locally and internationally, including Les jour qui vient (2017) curated by Marie Ann Yemsi at the Galerie des Galeries in Paris, Sacre du Printemps (2015) curated by AA Bronson at the Grazer Kunstverein in Graz and Barriers (2015) at the Wanås Foundation in Knislinge, Sweden.

Adams has been selected for several artist residencies, among them the Sommerakademie in Zentrum Paul Klee in Bern, Switzerland and the IAAB / Pro Helvetia residency, Basel, Switzerland.