Mahlangu was approached by South Africa Mint, the company that mints all Rand coins, in 2019 to design brand new coins.

Johannesburg-based Neo Mahlangu looks at the disconnect between social media and real life.

A relevant topic today, Mahlangu’s work questions the ways in which we find meaning and value, asking the audience to ask the same question of themselves.

She said on her website: “I am a multi-faceted visual artist who enjoys blending her passion for fine art and illustration. Relationships of all forms and afro-optimism are my muse. I fuse these creative leanings with an effortless flair that is distinctive and hard to miss.

“I’ve had the pleasure of creating work that has braced the walls of multiple group exhibitions, some were hosted by international brands such as Afropunk and Absolut Vodka. In 2018, I received the title as one of the Design Indaba Emerging Creatives for 2018 and was listed as one of the top ten ‘Young Gauteng’ creatives by 100% Design South Africa.

“As if that were not honorable enough, Between 10and5 named me as one of the top 40 creatives (in South Africa) under 30 to watch. My ideas and illustrations inspired Steers to work with HBO (South Africa) to create work for the final season of Game of Thrones.” 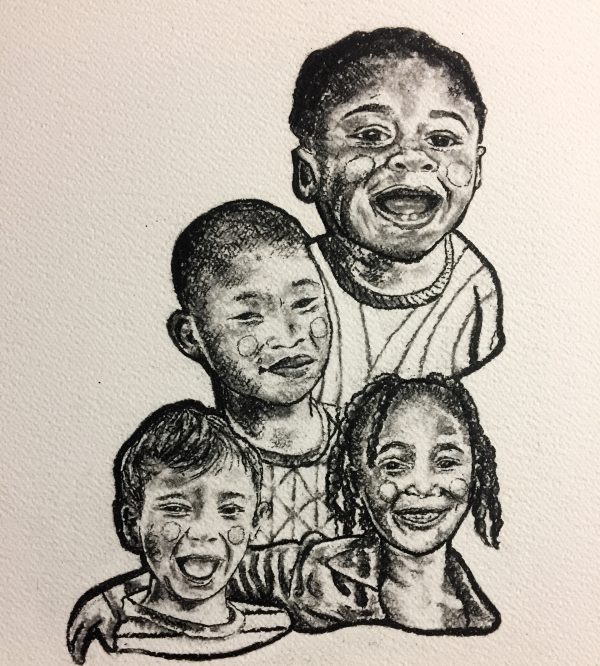 Mahlangu was approached by South Africa Mint, the company that mints all Rand coins, in 2019 to design brand new coins.

This formed part of a collection of newly released R2 and R5 coins which showcased different aspects of South Africa’s constitutional democracy, as part of the country’s 25th anniversary of democracy.

Other artists that were involved are Lady Skollie and Pretoria-born Maaike Bakke.

Mahlangu was asked to think about things that are especially important in this country. This led to the artist designing two new Two-Rand coins which featured themes surrounding education and children’s rights. 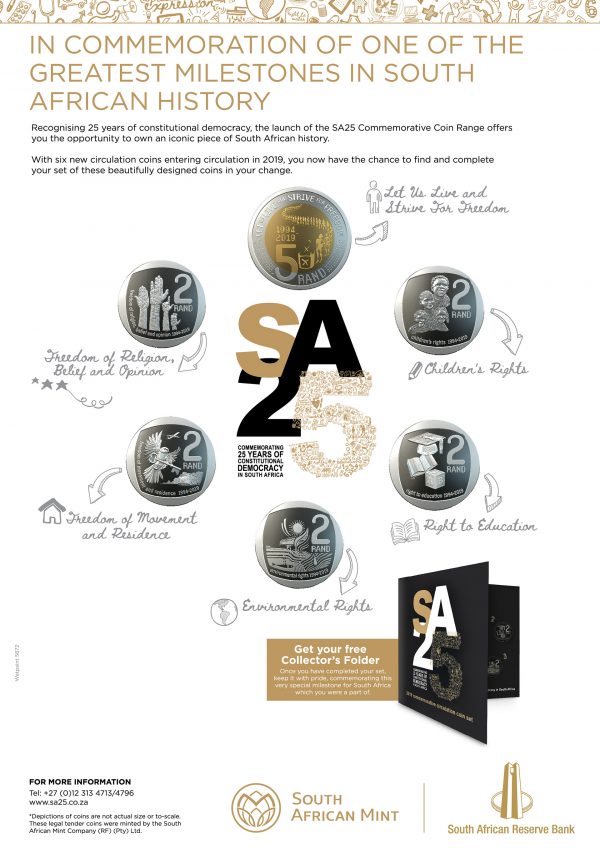 The children’s right coin is one that challenged her, revealed Mahlangu, but in the end, she went for expression of feelings as a key focus.

“I just chose an age range and chose expressions that captured joy and laughter,” she told Design Indaba.

The second coin focused on the right to education.

In this, she looked at her own experiences as a scholar, and chose graduation caps to symbolise that.

“This thing is full circle. Whether you are in Grade R or doing your PhD you are always in that cap,” she explained.

You will see in Mahlangu’s work that the design of the coin was nothing new to her as she always focuses on using facial expressions to tell a story, and to showcase human interaction. 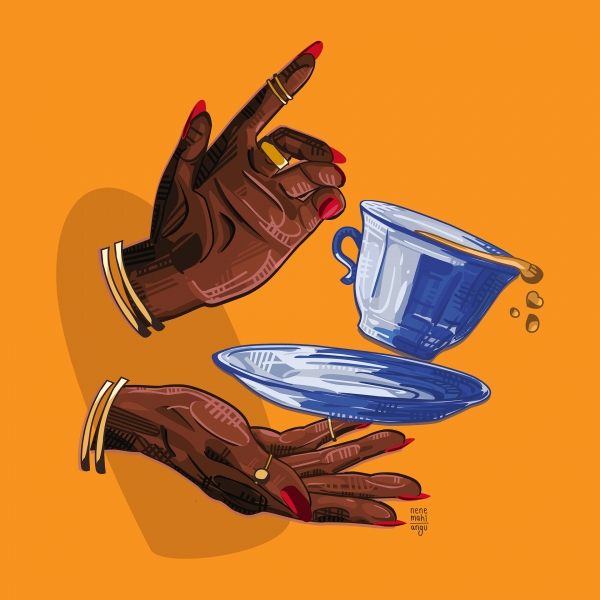 “I obsess about human connections and about how people interact with each other,” she added.

Mahlangu was also part of the 2018 Design Indaba Emerging Creatives programme, which she is most appreciative for.

She said: “It taught me how to become a creative entrepreneur. What I learnt from this was that I’m more than my work. I can be a great designer, artist and illustrator, but if I only concentrate on that, then it will be a handicap to my business.”