The Queen of Gqom is back with a new album, titled Idando Kazi. She is here to reclaim her throne reminding us that Gqom is still relevant. Idando Kazi comes 4 years after her critically acclaimed debut album, Queen Of Gqom Vol. 1. and the album is aimed at giving Gqom music a return to the mainstream. 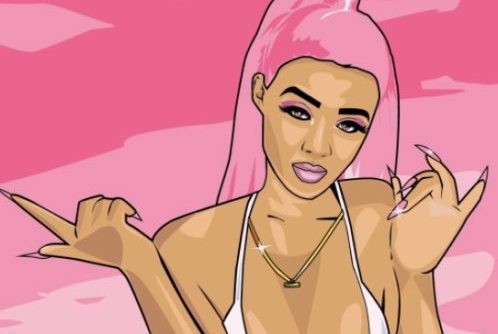 Much like her previous offering, Idando Kazi is a a 13-track album, packed with vosho vibes that will have you clamouring for the streets for a good time. The high energy beats feature Babes with some of the most talented up and coming talents from KZN. Sizwe Mdlalose, Madanon, Cultivated Souls and TNS are some of the artists who are featured on the project.  She also features Mampintsha on 9 out of the 13 songs.

eLamont which features Mampintsha and Skillz dropped as the leading single from the album. Babes seems to have her fans happy and excited about this album as they have taken to the Twitter streets to make her #1 on the trending list.

Check out some of the comments below!

Seeing Babes Wodumo Trending just because of her music🔥🙏🤟 pic.twitter.com/t9GpOegWjV

I piano can wait kancane, Its time for Babes Wodumo.

Durbanites stand up and support the queen of gqom!! pic.twitter.com/T3XxfGqijn

I don’t see any reason why “Babes Wodumo” is still dropping such music while we on amapiano. Maybe she want to change the trending genre 🤔 pic.twitter.com/a6ns7Ot5Cn

Is it necessary for babes wodumo to feature mapintsha on every song? pic.twitter.com/WxEa0b3Pki

Stream and purchase the album on major digital stores.