Fashion
Best of the Week: Vans x Dan Lacey Collaborate on Vans Slip On
Published 8 months ago by Sthembile Zakwe 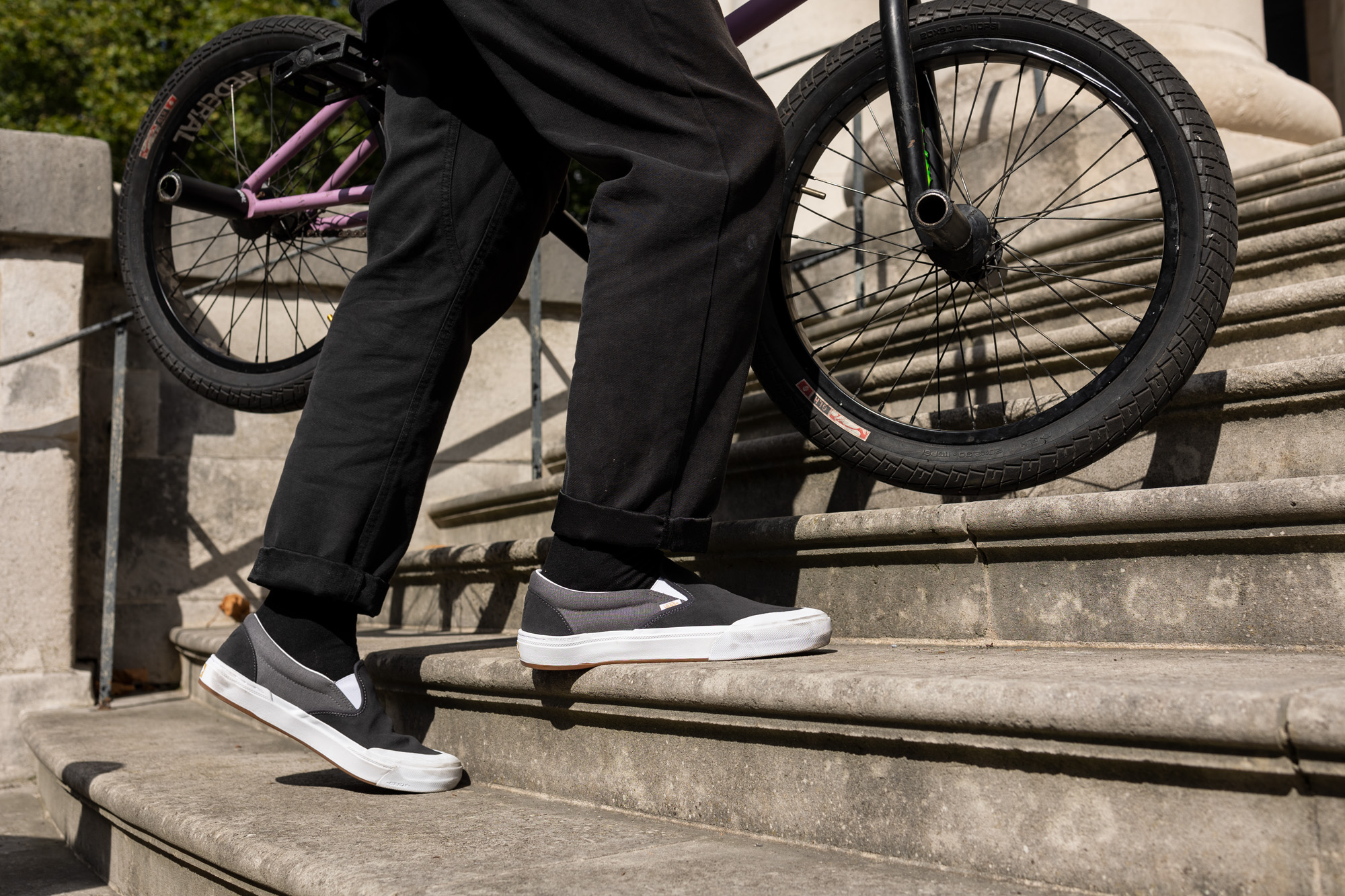 Vans, the original action sports footwear and apparel brand, is proud to partner with one of the most established street riders in BMX, Dan Lacey, on the Slip-On BMX, influenced by his unrelenting, all-or-nothing approach and his lifelong experiences calling the UK home. 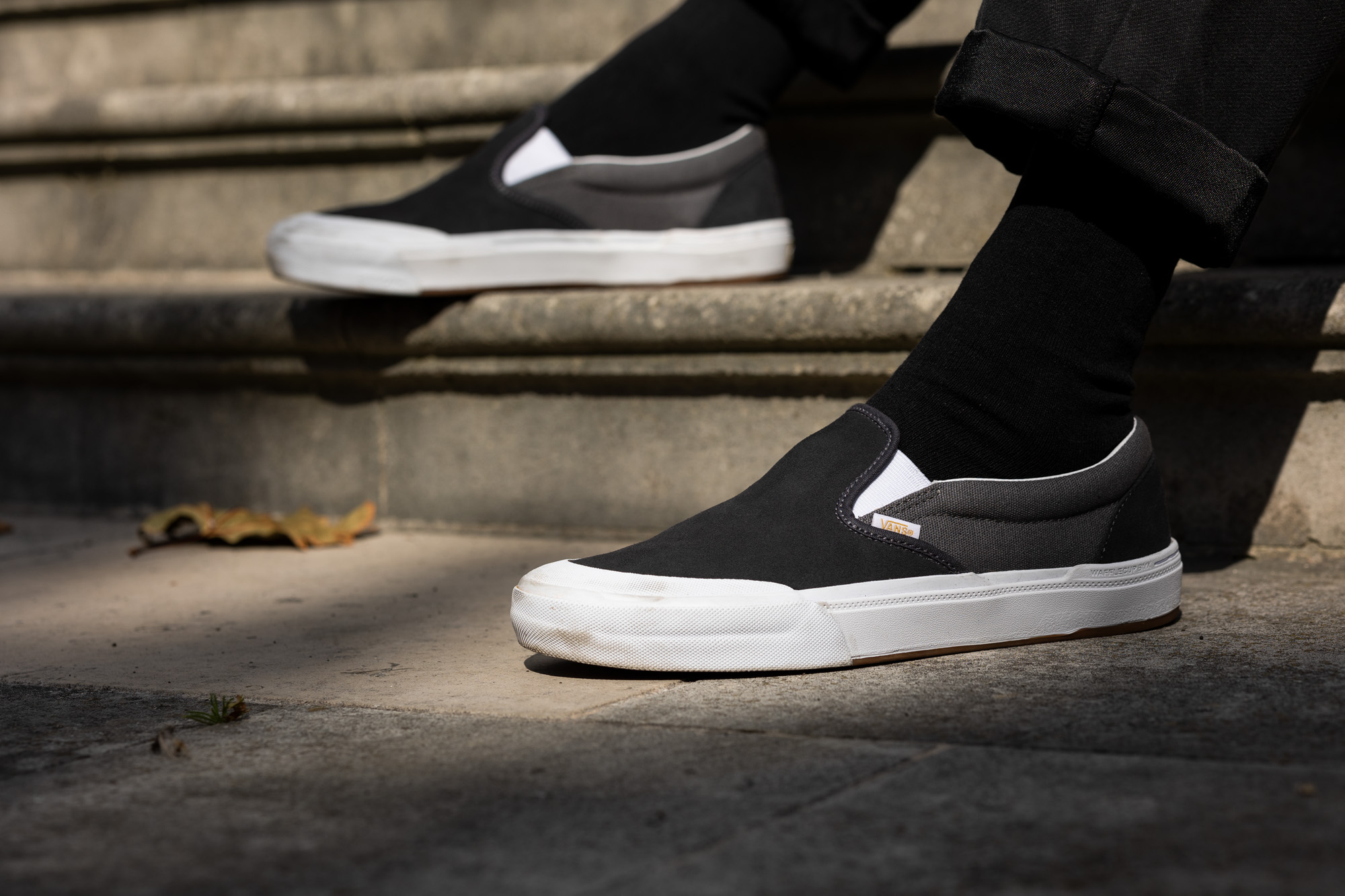 Residing in Hastings, UK, Dan has a distinguished and refined style that is both heavy and progressive, honed from growing up immersed in a strong BMX scene and a commitment to perfection—all of which makes his execution of the biggest tricks look effortless. For Dan’s take on the Slip-On BMX, Vans designed a shoe that matches his riding, with next level pedalfeel, support and durability. Style is everything when it comes to Dan’s approach, which is reflected in a muted color palette and an elevated two-tone suede upper with meaningful detailing. 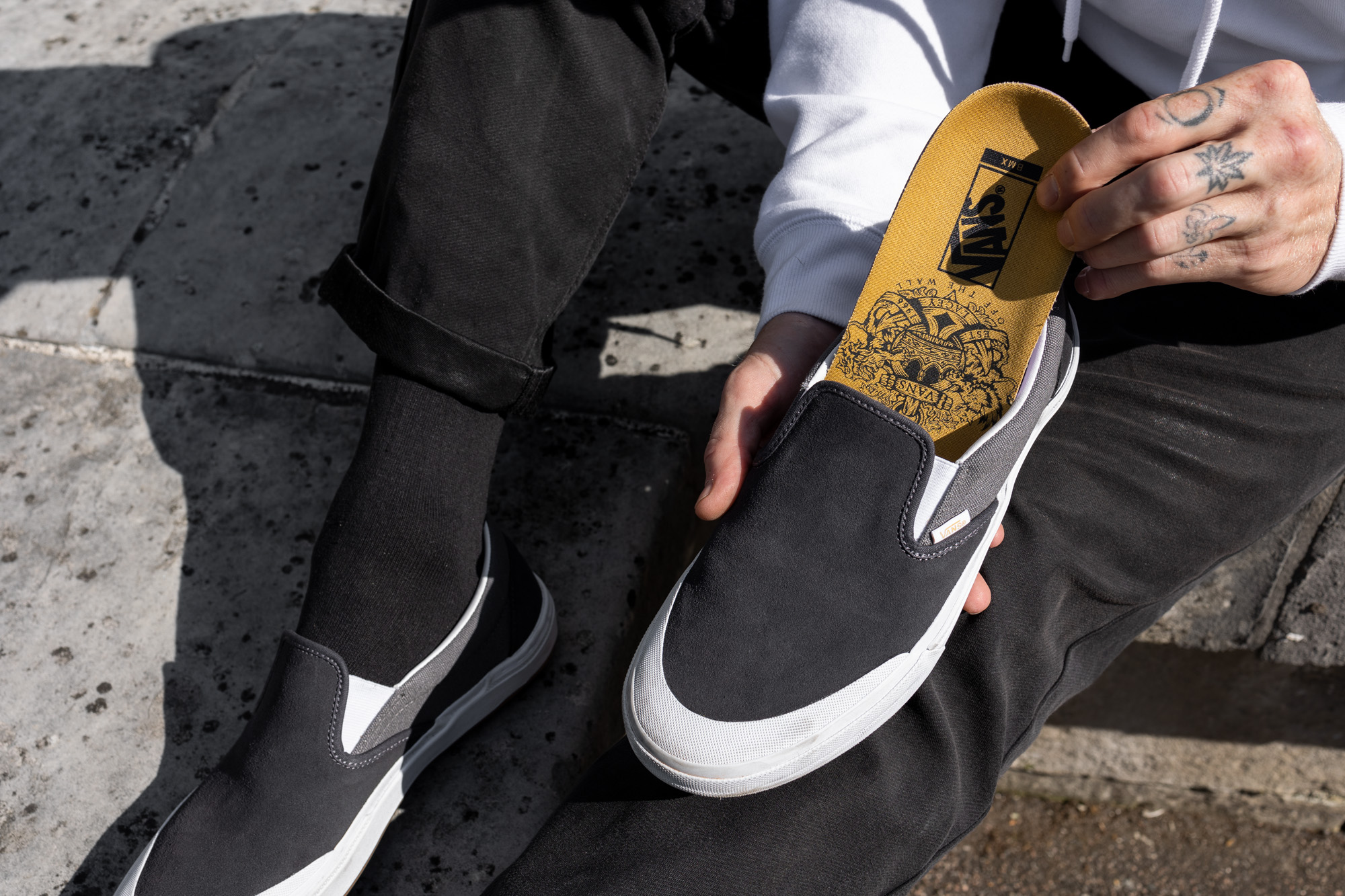 It takes an “Off The Wall” mindset and a lot of confidence to pull off the tricks that make Dan Lacey one of the most respected riders in BMX, but it also takes the proper support. The Dan Lacey Slip-On BMX is equipped with Vans trusted Wafflecup™ BMX construction to deliver maximum support, with a focus on increased pedalfeel and durability. A best-in-class PopCush™ drop-in footbed snaps back and won’t pack, offering a full heel cradle and increased arch support. DURACAP™ provides reinforced underlays in high-wear areas to prolong the life of the shoe. 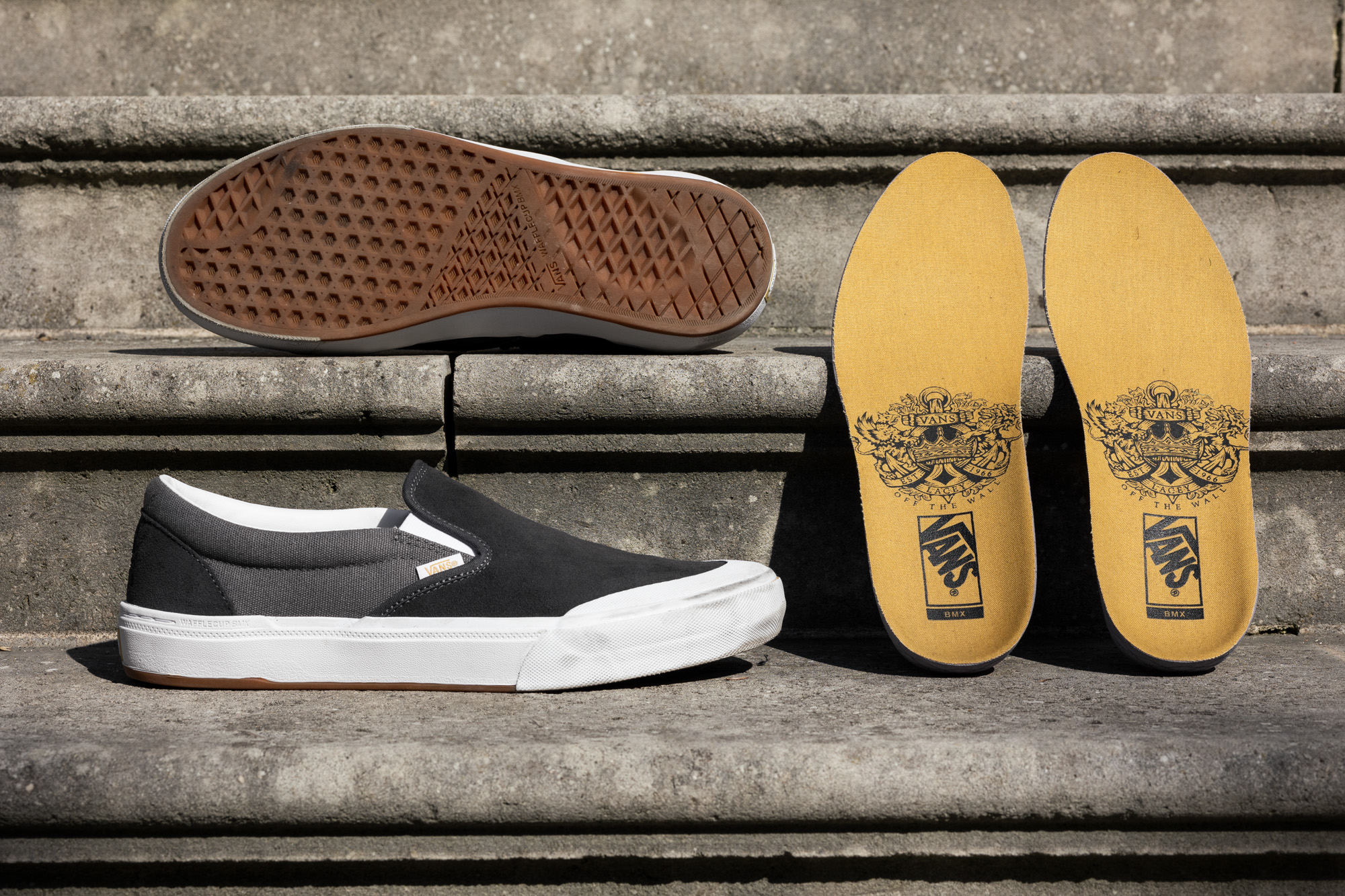 Dan’s signature Slip-On features a timeless design in asphalt and pewter, with a crown emblem debossed on the heel counter and represented on the golden-hued footbed. A signature design for Dan that’s also represented on his bike frames, the crown appears across a black-and-white Versa Standard hoodie, and a black 5-panel Camper hat with the crown logo embroidered in gold. 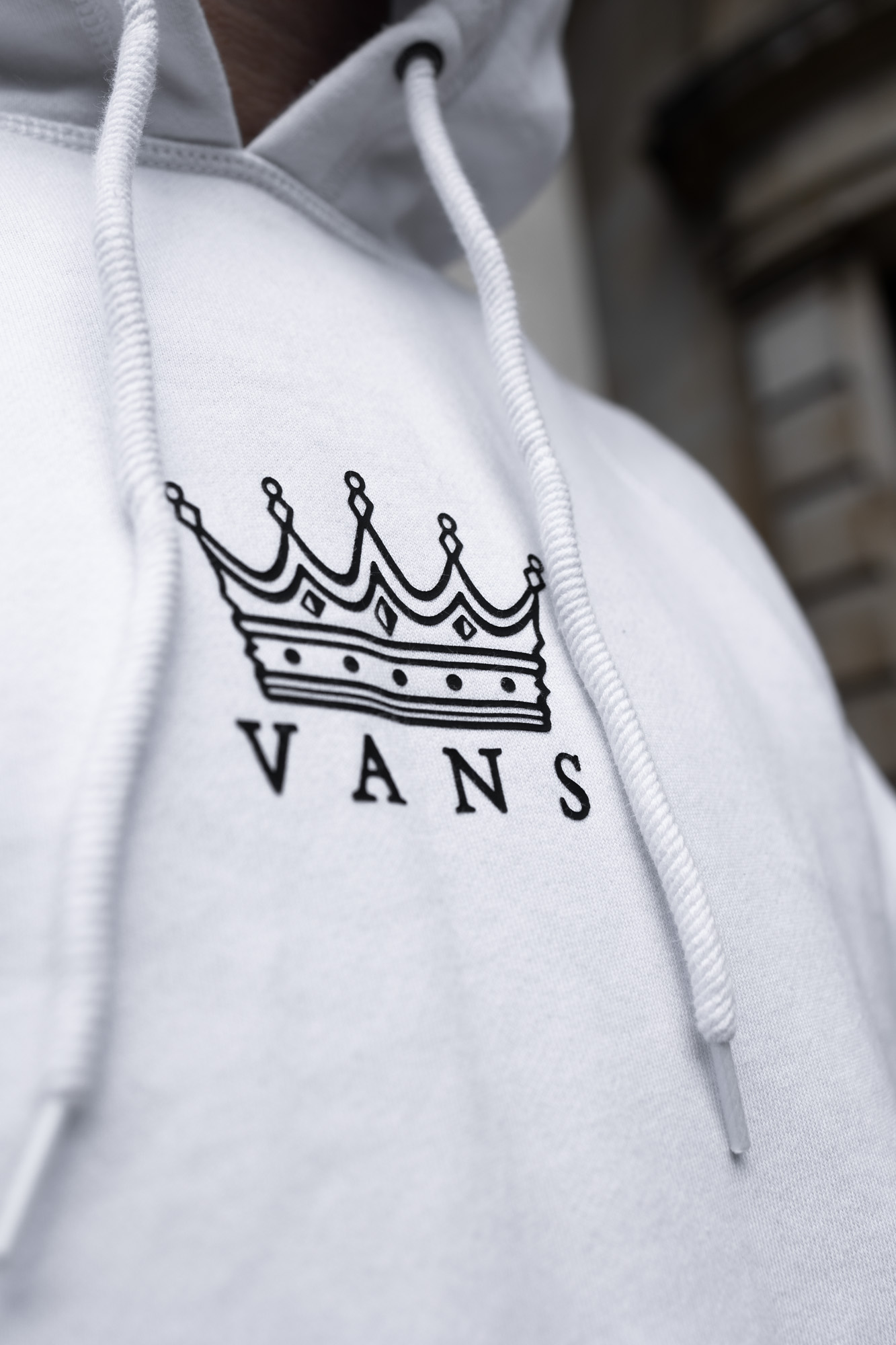 Growing up on the southern coast of England, Dan Lacey had a heavy hand in shaping not only the UK scene, but street riding worldwide. His bold approach has been featured in film parts from Federal Bikes’ FTS, to 2015’s breakout success Above / Below, followed by 2017’s sequel BEYOND, and Vans’ 2018 Unfiltered alongside Dakota Roche. A member of the Vans BMX family for more than a decade, Dan Lacey has won the undeniable respect of the BMX community the world over with a constant focus on performance and perfection, reflected in this latest collaboration with Vans. The Vans Slip-On BMX by Dan Lacey collection is available now at Vans retailers.