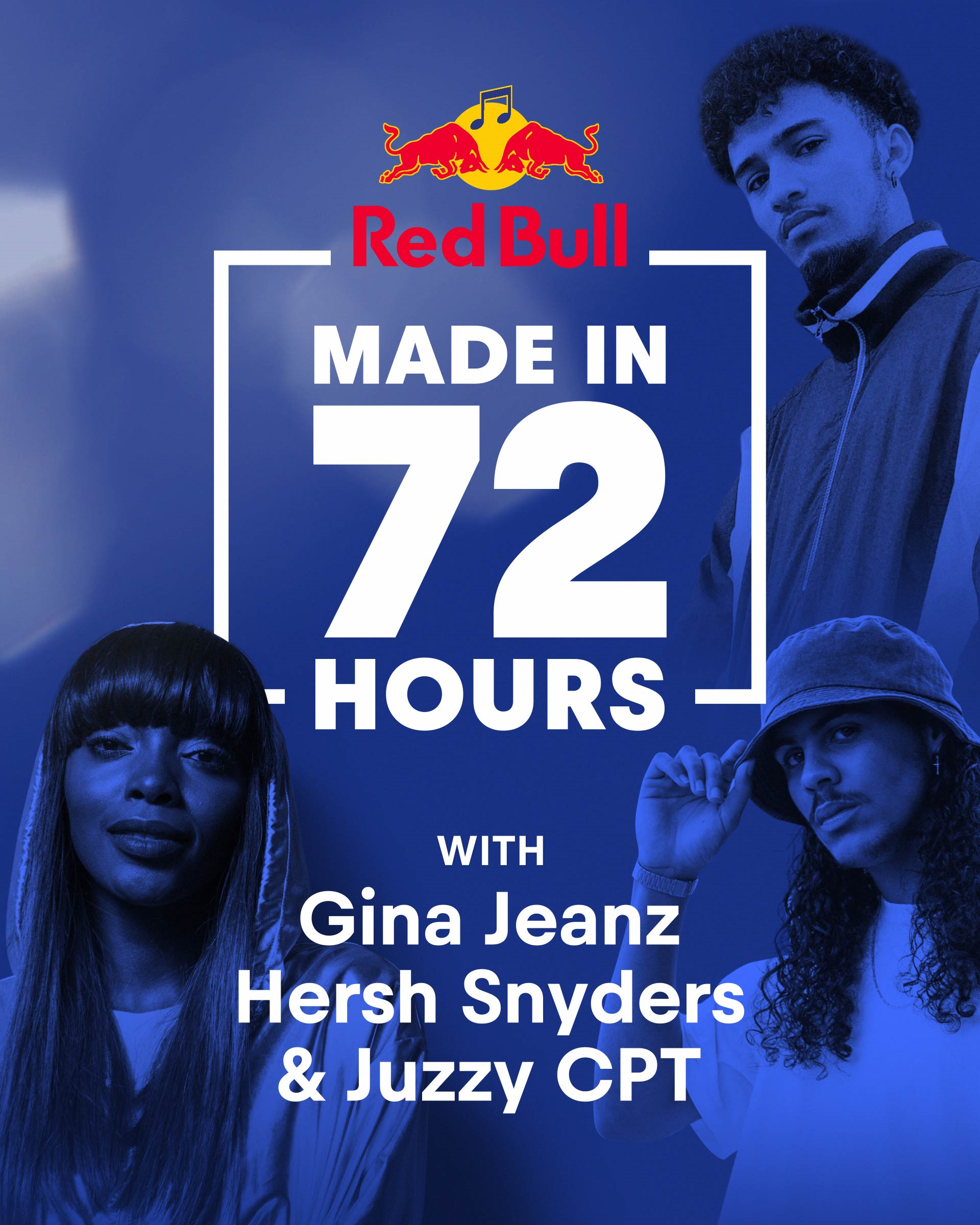 The first installment of Red Bull Made In 72 Hours featured Not Benjamin, Mark Akol and Nalu remixing afro-jazz act, Kunjenga’s, ‘Lost With You’ which can be heard here.

The second round of Red Bull Made In 72 Hours will feature Gina Jeanz, Hersh Snyders and Juzzy CPT who will be tasked with reworking a Hunter Rose track. Gina Mwoombola aka Gina Jeanz is a creative powerhouse who’s fast establishing herself as a producer in South Africa. Her technical exploration of sound evokes emotion with her skilfully produced tracks and curated mixes. Hersh Snyders is a Cape Town based songwriter and producer who is no stranger to Red Bull Studios having worked on projects in the studio. Juzzy CPT is a producer and performer who has crossed the borders of South Africa performing in the UK and showcasing his eclectic style of music.

Keep an eye out on the Red Bull social media channels to hear the track first on what was made in 72 hours between the three talented artists.