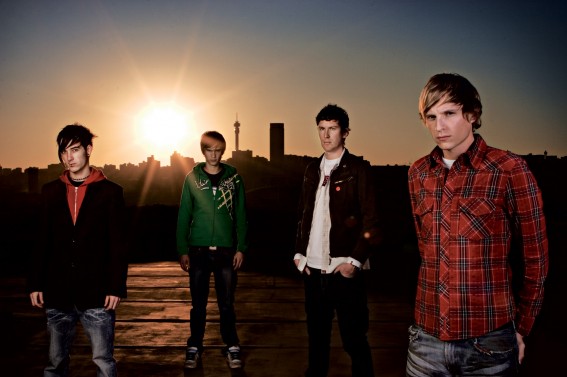 Pop-punk legends CRASHCARBURN have returned to the airwaves with their third, and strongest studio album to date – Gravity.  Described by frontman Garth Barnes as “the most bipolar album we have ever done”, Gravity explores the hardest – and the softest side of the band ever recorded. Having worked their way to the top independently over the years, the band has just signed its first-ever major record deal with EMI Music, under Kevin Grenfell, who is extremely excited to be working with the talented group that brought us the emotive anthems Heroes, Serenade, Twisted, Get Away and Long Live Tonight.

“CRASHCARBURN have done such amazing things on their own, as independent artists, and we are thrilled that they’ve given us the opportunity to work with them and help them get to bigger and better things with the new album”, he says. The band is also excited about being part of a larger musical family.  “EMI have been awesome.  We have an amazing team backing us and we can’t wait to see where this new friendship will take us”, says Barnes. With the release of Gravity, the group will also be releasing a 15-minute documentary short-film based on their career – an intimate offering for fans, which airs at the album launch at Nu Metro Montecasino on the 6th November 2012.

The first single from Gravity, entitled Light, has already been receiving airplay on all major pop, rock and adult contemporary radio stations across the country and sets the tone for their December tour which will be announced soon.  Exceptionally polished live, the band has successfully toured internationally, as well as always being a firm favourite back home. The scheduled Summer tour promises to deliver only the best of what the band has to offer. CRASHCARBURN have relentlessly pushed to stay on top of their game and Gravity is a testament to the hard work and dedication of these young stars.