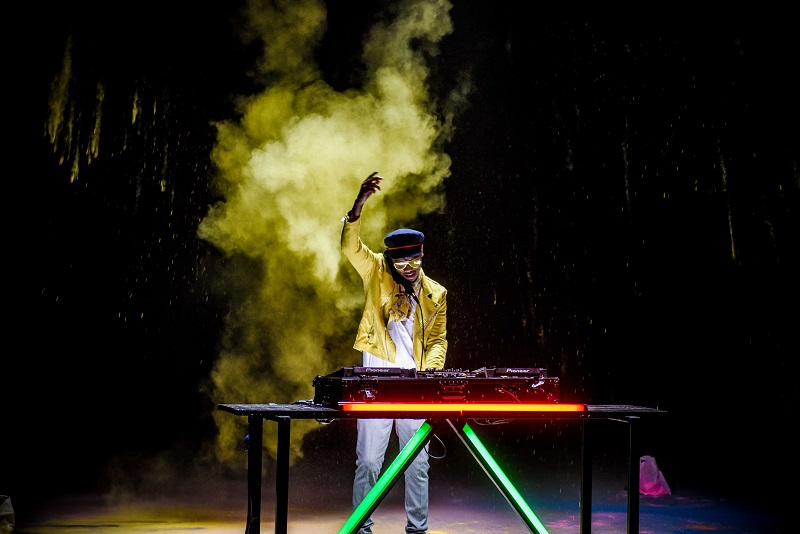 The journey to his 5th single drop has been nothing short of magical. Kutloano Nhlapo, popularly known by his stage name “Da Kruk” has always had it as his dream to play for house music lovers in the industry’s most sort after party destination and stage, Ibiza.

Last year, opportunity met preparation for the Yfm senior Mix DJ and presenter, as trendy Aerosol brand AXE teamed up with SA house legend Black Coffee to give talented DJs a chance to share the stage with on of the country’s best exports, in a campaign aptly named, “Find Your Magic”.

Da Kruk battled it out with some of the country’s best and won top prize at the competition and finally got his shot to bless Ibiza. The journey would lead him on a path of self discovery and meeting of musical minds.  There he made friends with U.S jazz singer Lili K and maverick music engineer Gaba Cannal.

The trio kept in touch and that led to a much anticipated summer release.

“MAGIC” the name of the Da Kruk’s fifth single, brings the artist and DJ full circle after he dropped Asiphuze, Vibes, Dream Afrika and Identity in 2013 to 2016 receptively.

Magic as he puts it, is a call to action for everyone to truly and fearlessly go for their dreams and find their life’s purpose through their desired goals.

The song is a nostalgic sound laced with beautiful vocals from Lilly K.