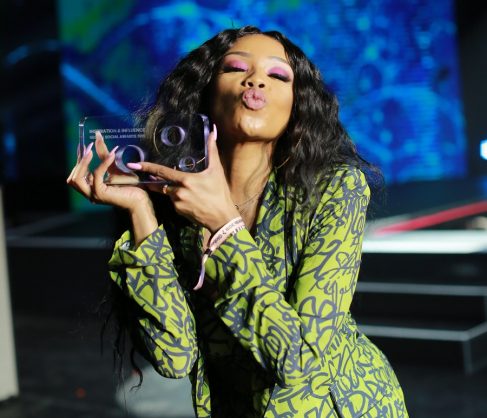 One of Mzanzi’s hottest couples are in the headlines again with AKA confirming the split from girlfriend DJ Zinhle.

AKA confirmed the rumour in an interview on Metro FM on Wednesday afternoon, telling DJs Sphectacula and Naves that he went on holiday “as a single man” for the first time in years.

“It’s been a crazy start to the year, I had to go away. I went on holiday. I was just speaking off-air that I went on a very cold holiday. As people might have noticed it’s my first holiday being a single man for many, many years,” he said.

Twitter immediately went into a frenzy. Here are a few tweets about the situation.

When media call Zinhle .. to fish for information pic.twitter.com/VPldYWzJcG

It feels like Aka has failed us all as a Nation, #Zinhle posted their relationship, she was smitten , we fell inlove with the couple. Now we all feeling dumped. Well i feel dumped 😢😔😭 pic.twitter.com/s7KJZf0amN

The doyen of the South African Entertainment industry Bonang Matheba is also making the Twitter trends list. Her fans are in desperate need of her presence on social media and called on her to come out of her social media exile.

#WeMissYouBonang AKA confirms his breakup with Dj Zinhle on Metro FM’s interview and yall start a Miss You Bonang hashtag… we see you pic.twitter.com/XdjnNtdkB5

Just lastweek Bonang was trending for being unnatural and dragged that she could never be as beautiful as Zinhle today you miss her. Y’all are trash shame🚮#WeMissYouBonang pic.twitter.com/fnIKM1l0Xs

Another topic on the social media streets is the topic of “ghosting”. Ghosting is the practice of ending a personal relationship with someone by suddenly and without explanation withdrawing from all communication.

Tweeps put in their two cents on the topic and some the results although sad made us laugh.

Imagine your partner unexpectedly changes their Facebook status from “in a relationship” to “single” and then refuses to communicate with you. #ghostinghttps://t.co/l0rpt8x50v

#ghosting
How to deal with ghosting pic.twitter.com/nEVhZozVv0

There are angles to this #ghosting thing. For instance, there’s absolutely no need to announce your departure from someone’s life who’s emotionally abusive, controlling and a bully. But you guys don’t know you possess these traits until it’s done to you cos you don’t introspect.

After reading some of the #ghosting stories 🌻 pic.twitter.com/VqVBFPJUZ5