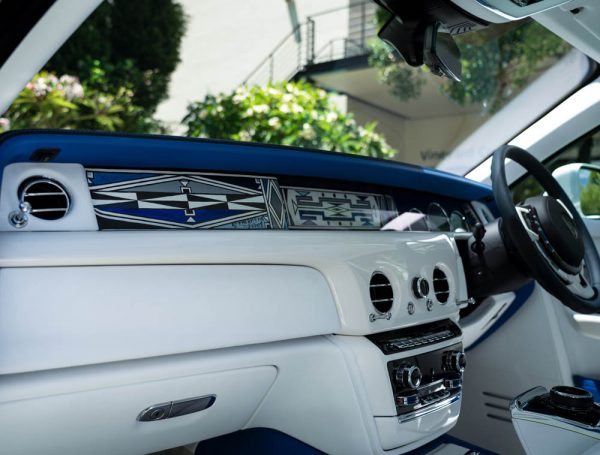 Inspired by the famous body of work created by the now 84-year-old Mahlangu, regional director of Rolls-Royce motor cars Middle East and Africa, César Habib, and CEO of Rolls-Royce Motor Cars South Africa, Justin Divaris, conspired to source a buyer for a one-of-a-kind Phantom that would, quite literally, serve as a rolling work of art.

She unveiled it today at the Melrose Gallery at One&Only Cape Town.

What does it take to have a Street named after her, plus a statue ? Hail the Queen of Ndebele Art who is flying our Mzansi flag globally! #EstherMahlangu #DrEstherMahlangu #SONA2020 #SONA pic.twitter.com/nQJTX344Pe

National Assembly Speaker Thandi hopes there will be no disruptions this evening when President Cyril Ramaphosa delivers his fourth State of the Nation Address (SONA).

The EFF has threatened to disrupt the address if Ramaphosa does not fire Public Enterprises Minister Pravin Gordhan.

Modise said: “We hope that SONA will be peaceful, that everything will go according to plan and that it will start and finish on time. We do hope that all of us will respect the rules of the House and that we will not have any disruption”.

Filmmaker and actress, Mmabatho Montsho has flown the South African flag high after winning an award at the Worldwide Women’s Film Festival, which was recently held in Arizona, USA.

Her film, The Award Ceremony, which according to the writer is about broken shoes, took home the award for Best Short Film at the prestigious event.

The awards aim to educate, support, and empower women in filmmaking while shining a light on women’s stories told by women, and other diverse experiences across all genders.