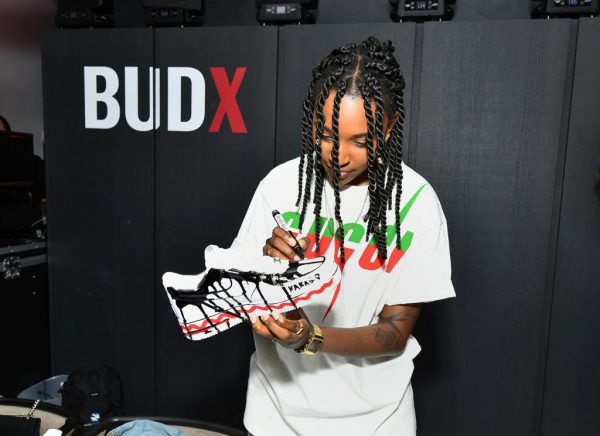 Our favorite illustrator, Karabo Poppy, has had a whirlwind of a year and her collaboration with NIKE is still making waves.

OFFSET from the Migos is the next international celeb to post her sneaker after Lebron James posted himself wearing the collaboration.

Well Done Karabo, we are rooting for you.

Money ain’t everything it’s just something u need !!!!

Parliament has promised to deal with unruly behavior during President Cyril Ramaphosa’s state of the nation address on Thursday evening.

Former president Jacob Zuma’s latter years as head of state were marred by disruption during his state of the nation addresses.

Parliament’s presiding officers have assured the public that the institution has appropriate mechanisms to maintain decorum and dignity during Sona.

Why is the focus on the EFF's threatened disruption of #SONA2020 instead of what the country's president going to say? Why the fascination with ppl bent on destruction? Always

Ramaphosa:The #SONA2020 will have more details on the issues of youth unemployment so don’t sleep early tomorrow , be tuned in on tv or radio. #sabcnews pic.twitter.com/7oWOssV0NR

[Pics] Preparations are underway at the Parliament precinct ahead of the State of the Nation Address in Cape Town #SONA2020 #GrowSA pic.twitter.com/Im0FYVfqNC

Office sex was a trending topic on Twitter and tweeps added their two cents on it.

Here are a few tweets.

The adrenaline rush makes it awesome. The problem is being caught but if you have a private office then why not. Don’t do it in those #Sandton or Rosebank offices which are open plans. #TheThingAboutOfficeSex pic.twitter.com/AJfwGDwVlw

#TheThingAboutOfficeSex it always interferes with your job. Once yall have a fight or no longer chow each other the other one becomes bitter hai pic.twitter.com/jx9kzGsl3w