It is Friday once again and by now you know what that means… new music everywhere. Every Friday on Zkhiphani we bring you the best new tracks out right now and boy do we have a list for you. I hope you stocked up on your turn up supplies because this is about to be a lit weekend.

Boity – Own Your throne

The Queen of securing the big bag, Boity is back with a banging new single Own Your Throne following the success of her two singles Wuz Dat and Ba Kae as well as a number of notable features with Yanga and more hip hop artists. The Hip Hop Gogo is kicking butt and taking names. Her growth is evident from her first offering to this. A Reality TV star, fashion icon, and a Def Jam Africa prolific bar-spitter, Boity is coming for everything! 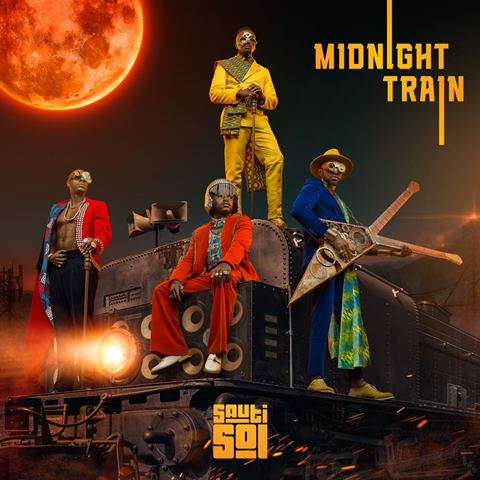 There’s an African train with lots of melanin hunks! It started off in Kenya and took off to Johannesburg, Los Angeles and not’s your turn to jump on it. Sauti Sol has released a brand new album Midnight Train which features their beautiful singles Insecure, Brighter Days and Suzanna. The album features India Arie, the Soweto Gospel Choir, Sho Madjozi, and Black Motion. One of their songs Disco Matanga is featured in the Queen Sono soundtrack.

There’s nothing wrong with grooving and groove is embedded in the very DNA of each South African! DJ Big Sky of the smash hit Fire has blessed with another banger titled Khushukhushu featuring Sbhanga and Gaba Cannal. The Soweto party-starter sampled Bra Hugh’s Stimela into an impressive Amapiano beat and we love it!