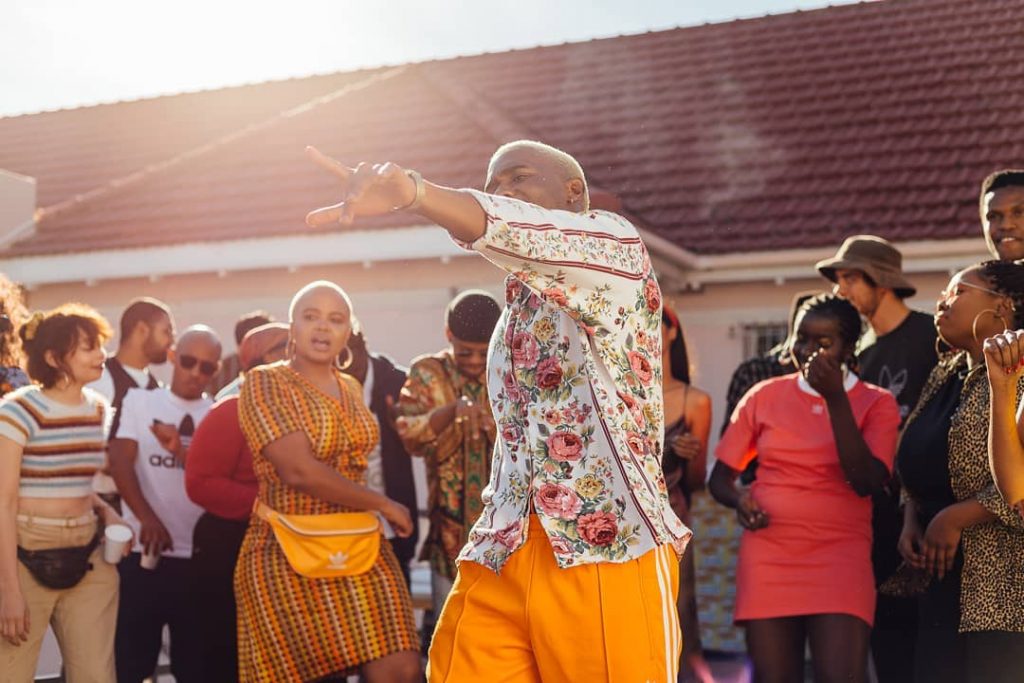 There is something blissfully cool and effortless about Darkie Fiction and the intention behind their music. The talented duo recently released the visuals for their feel good song, Bhoza.

Darkie Fiction is a South African music duo formed in Cape Town and based in Johannesburg, South Africa. Formed in 2017, the duo is made up of rapper Katt Daddy and songstress Yoza Mnyanda. Their music draws influence from kwaito, afro-funk, neo-soul and hip hop.

They currently have two singles out, Selula and Bhoza. Both these songs “pay homage to the authentic South African music of yesteryear”. They also capture a youthful naivety which is missing in today’s popular music.

Bhoza is a feel good and positive song where the duo encourages us to not stay down but to instead fight for what we believe in. The song is an easy sing-a-long and a wholesome representation of what it means to be young and inspired.

The visuals are also a winner because of the stunning styling and the various settings. Nothing about this video is typical- from the shots to the editing. They ignite nostalgia in the scene where they are dressed in co-ordinated off-white attire with the backdrop and Inkomazi boxes on the table.

These are things we used to enjoy when we were younger and we can still enjoy today but not in the same way. This is what makes what Darkie Fiction capture so pure and important.

Their EP, Sobabini will drop this month

They are currently working with various producers such as FJ Fosta, Thor Rixon and Original Swimming Party to produce their debut full length EP.  Tilted Sobabini, the 5 track EP will be released this month. Judging by the singles they have released so far, we are in for something undeniably and distinctly South African.

Link up with them on their social media @darkiefiction for more on their music.