Internationally acclaimed and award-winning artist Shekhinah’s Rosefest returns for its second edition on Sunday the 11th of October in partnership with the number one youth radio station YFM. 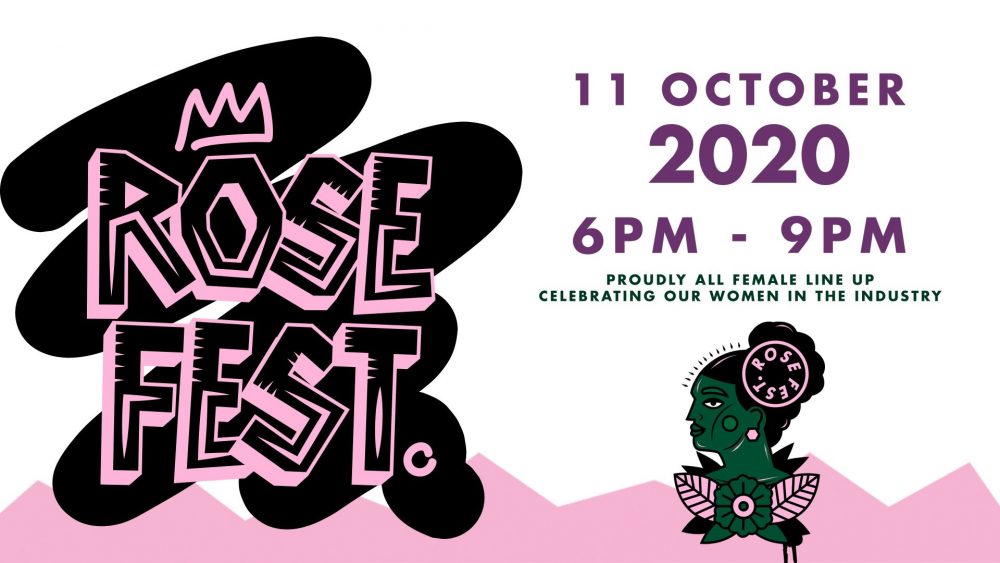 After two successful editions in Johannesburg and Durban in its inaugural year, Rosefest returns for second year. Last year’s featured artists and personalities included Sho Madjozi, DJ Zinhle, Kim Jayde, Lady Zamar and DJ Doowap. The all-women music festival will be a digital music experience this year. It will also keep with the spirit and vibe of the festival’s mantra: ‘Power to She!’

Since last year, Rosefest has evolved to become an all-year-round experience through its digital platforms and Sunday conversation series, with the music festival culminating as its hallmark. This year’s virtual music experience will highlight performances and contributions from women artists beyond Women’s Month.

In 2020, Rosefest presents another stellar line-up with headline vocalists, rappers, personalities and artists performing alongside Shekhinah, as the experience celebrates the power of connection and collaboration. Ami Faku, Boity, Darkie Fiction, Msaki, Busiswa, Holly Rey and Simmy will take the stage.

Rosefest 2020 – Power to She! is proud to play its part in seeking actionable change in the music and creative industries. This is while being mindful of and exploring the context they work and create in.

“Rosefest culminates into an amazing music experience, however, the journey of Rosefest has been 8 weeks of creating open discussions with women through conversations like body image, anxiety, gender based violence, bias in the workplace and deeper discussions that highlight women whilst educating society”, says Shekhinah on the evolution of the experience.

Tickets for this digital music experience are available for purchase on Computicket at R70 per device.