He removes negative energy with music.

The rising Amapiano music hit maker Kabelo Motha who is famously known as Kabza De Small has blessed his fans with an offering called Piano Hub Mix Vol.1, Kabelo has been making news for all the wrong reasons lately as a story broke out that he does not pitch for shows after being paid a deposit to perform at some events.

Controversy seems to love Kabza, who is considered to be the pioneer behind the trending Amapiano sound as he was also accused of plagiarising the lyrics of the  “isex isex” song by The Lowkeys. 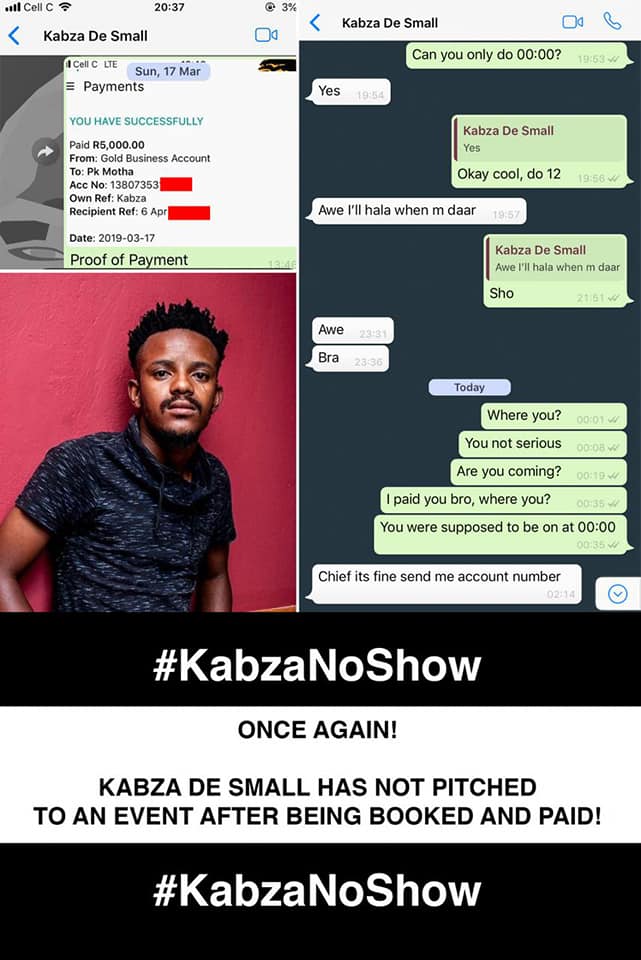 It seems like all of the negative social media scandals were not enough to deter him from releasing new music and mixes. His latest offering dubbed Piano Hub Mix Vol.1 is bringing the heat to the streets.

The Piano Hub Mix Vol.1 features songs that he has already released mixed with some new bangers which have a clear and distinct DJ Maphorisa influence.

Kabza De Small has taken a much softer and deeper root on this one as he teases fans with a fresher sound as a build up to his much-anticipated sophomore album.