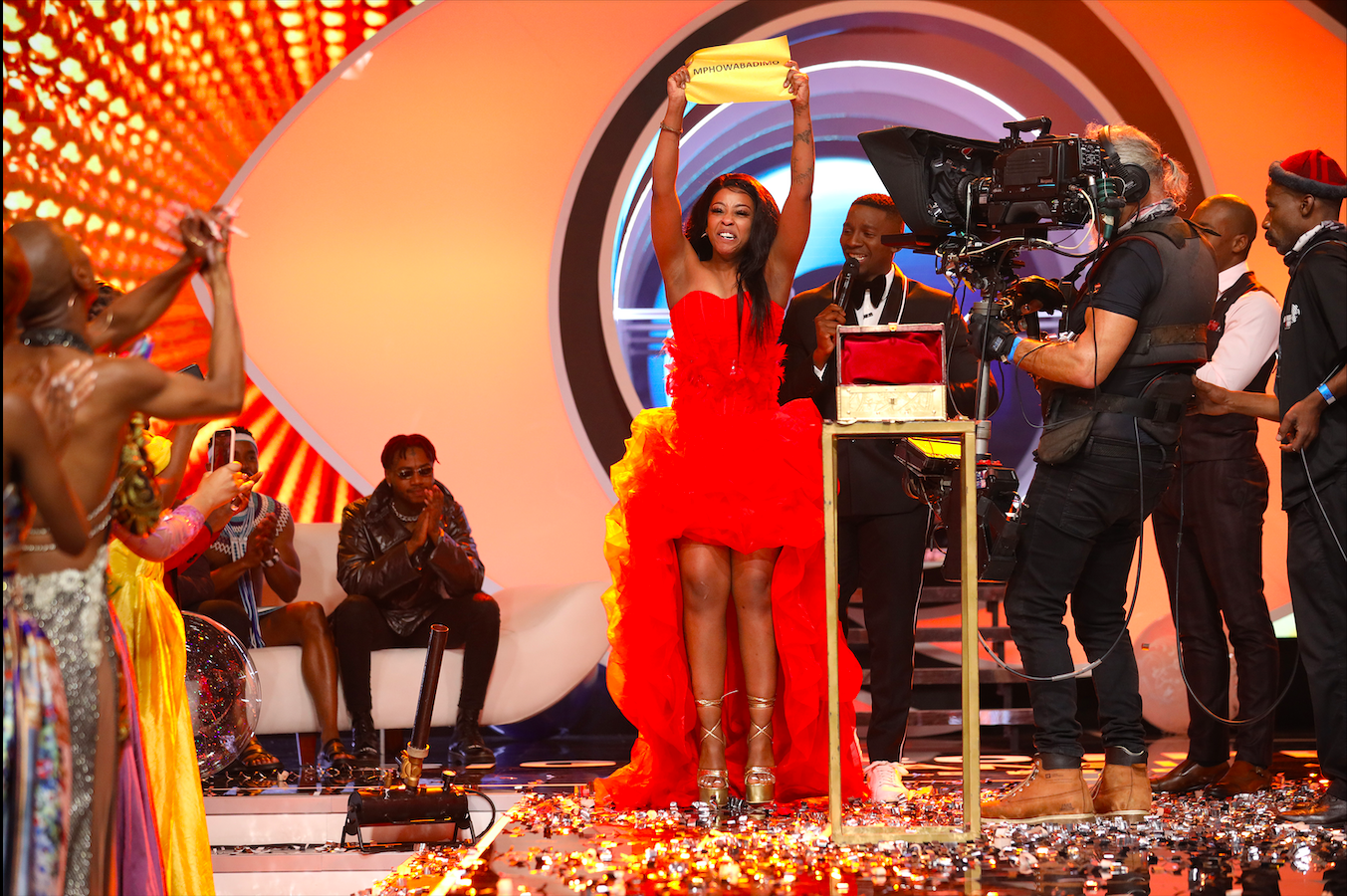 After 71 days of laughter, tears, and adventure, which saw 20 housemates competing for the grand prize of R2 million. The Big Brother Mzansijourney has come to a spectacular end, with Michelle Mphowabadimo Vundla voted season 3’s winner.

Read more: The Big Brother Mzansi Season 3 Housemates Have Been Revealed, Meet Them

Crowned at the end of a dramatic two-hour live show, a tearful Mpho fell to her knees before leaping for joy. “Thank you, Mzansi” were the only words the tearful 27-year-old sangoma from Daveyton could utter after she was named the winner.

“I’m excited and anxious, but I’m happy to be here,” Mphowabadimo, who was dressed in a stunning red dress, had said to host Lawrence Maleka earlier in the show. Reflecting on her journey, she said: “It has changed me a lot. I have grown, I have healed, I’m a bigger person than I was walking into the house. I am grateful for this experience. I will never be the same.”

The runner-up was 28-year-old entrepreneur and fashion designer Gershwin ‘Gash1’ Mthombeni from Pretoria. He told Lawrence earlier: “I didn’t think I’d make it this far. But through praying every night and every morning, I made it here. I’m proud to be here.”

The live show started off with Biggie giving the top 5 words of praise and encouragement to carry them on their post-Big Brother Mzansi journey. “You are now in a new season. Not a Big Brother season, but your season,” Biggie said to the housemates as they barely held back tears.

Three of the top 5 were evicted before the winner was announced, with Tulz being the first to leave the house. The 28-year-old radio host and voiceover artist from Tsolo left without ever being nominated for eviction throughout his stay. He said: “Whether you win, or you don’t win, I kind of feel like you do win.”

MiCasa, Zakes Bantwini and Q-Mark were some of the artists who performed at the finale

The two-hour live extravaganza featured performances from some of our biggest hitmakers. MiCasa opened the show with an electrifying performance of their mega hit Mamela; Q-Mark, TpZee and Afriikan Papi’s rendition of their smash Paris set the stage alight; while Zakes Bantwini performed the appropriately themed banger Imali, bringing the socially distanced audience – which included all evicted season 3 housemates – to its feet.

“Big Brother Mzansi returned bigger and better after a seven-year hiatus, and we’ve had a spectacular and very successful season. We’re proud of the production and how it resonated with our viewers, who loved every minute and kept talking about it from beginning to end,” says Shirley Adonisi, Director of Local Entertainment Channels at M-Net.

Big Brother Mzansi season 3 was sponsored by Lotto Star and associate sponsor Johnnie Walker, and one lucky viewer walked away with a Renault Duster. The show trended every day on social media, with Housemates keeping viewers engaged and entertained with their antics.