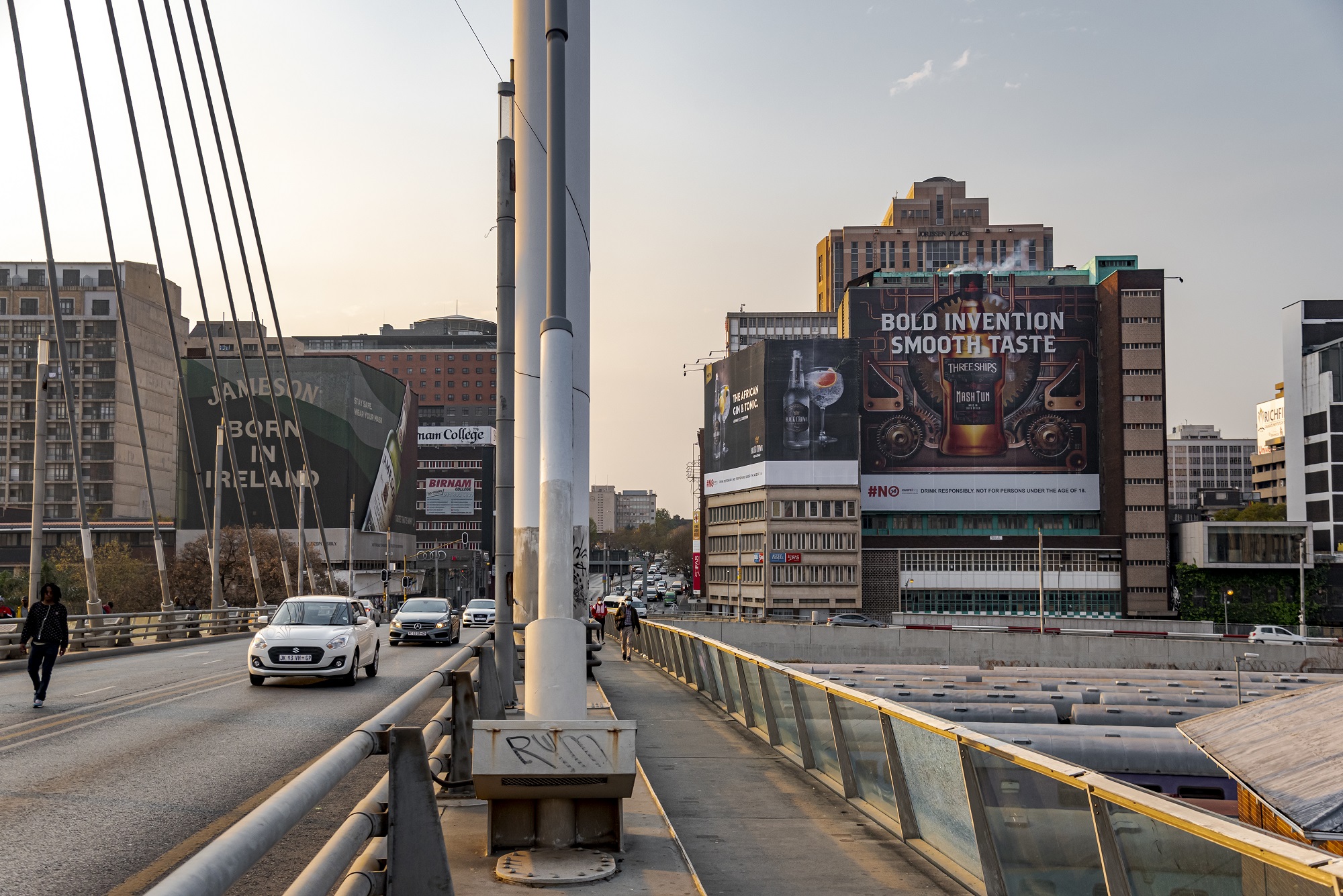 Everything about the new Three Ships Mash Tun is inventive – even the marketing campaign that promotes it. “For a drink that’s set to shake up the traditional whisky category, only an ad campaign that’s bold and inventive itself will do,” says Brand Manager Nicole Hewitt.

The marketing team behind Three Ships Mash Tun chose a steampunk aesthetic for the campaign, since it represents a combination of creative invention and old-world tradition. The team was careful to choose inventive creative executions and bold use of media in every channel of communication to reinforce the message. 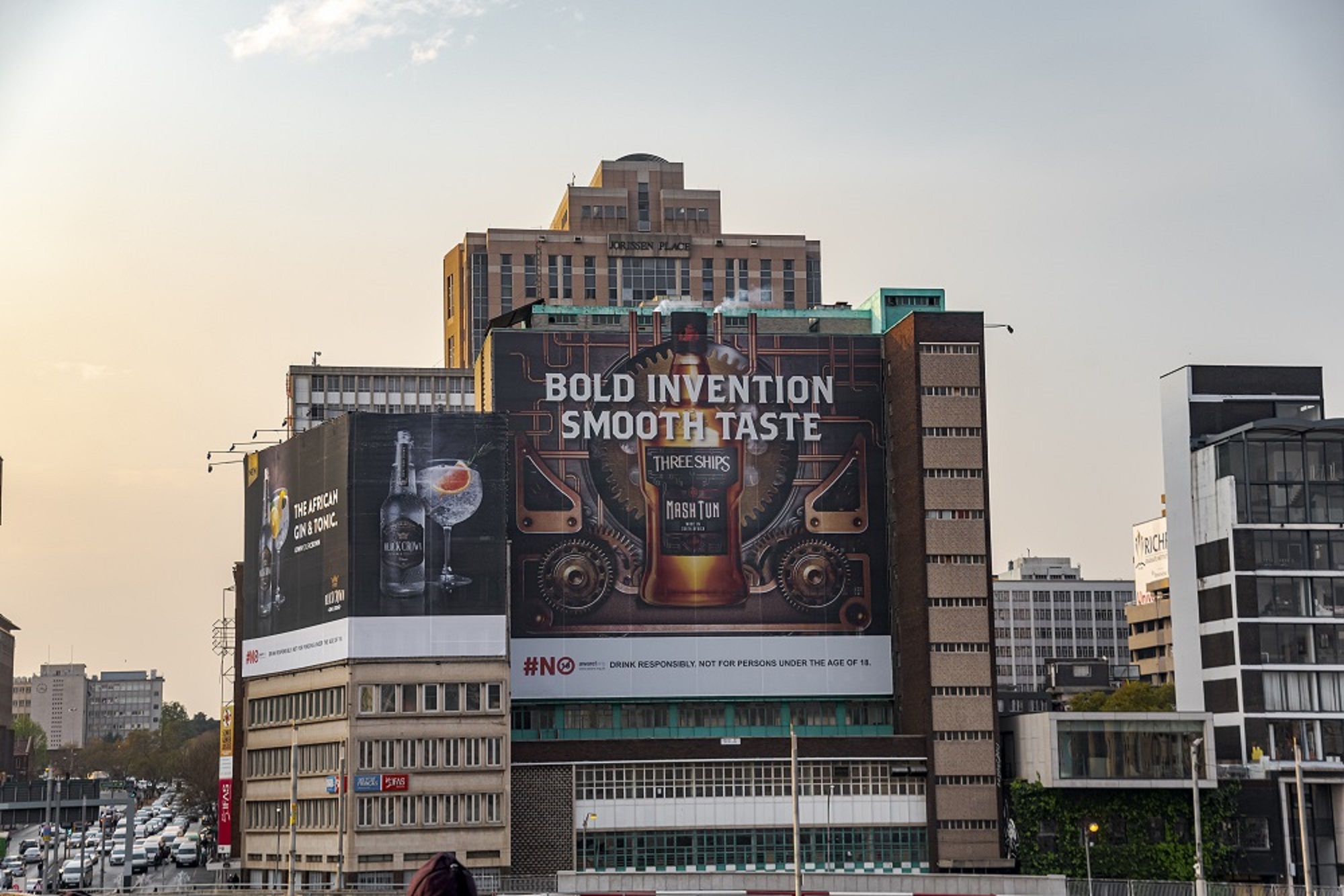 Among the campaign elements are eye-catching, kinetic billboards. One of these, situated in Johannesburg’s Keyes Art Mile, is 60 metres in length and features a giant cogged wheel that rotates, while smoke pumps from copper pipes.

A second billboard on downtown Joburg’s Smit Street has smoke billowing from its copper pipes high above the city and is attracting stares – at 24 metres in height, it’s clearly visible from the iconic Nelson Mandela Bridge and the M1 North highway. “In a cluttered and hotly-contested outdoor environment, only brands that are innovative and bold enough to push boundaries will be noticed and remembered,” says Hewitt.

The outdoor installations echo the ingenuity at work inside the distillery, and they tie in with the TV ad, which can also be viewed online. It takes the viewer into ‘the heart of machine’, as it were, and represents an imaginative treatment of the inventiveness it takes to make a drink like Three Ships Mash Tun. 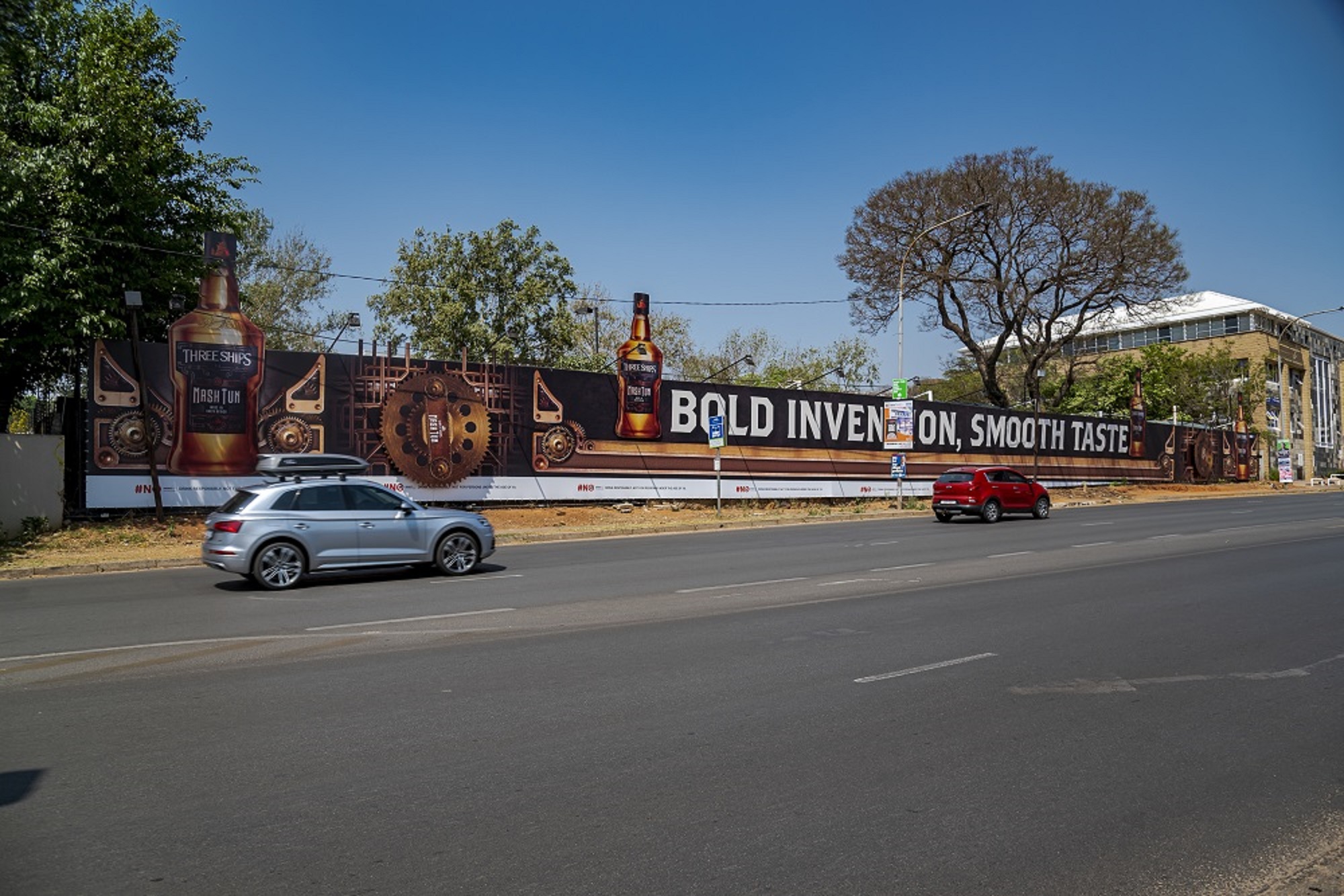 The campaign is aiming for boldness in every communication channel it’s using. It follows, then, that they’re calling on some of South Africa’s most innovative creators to showcase the disruptive new drink on social media, using the #BoldInventionSmoothTaste hashtag. Hip hop innovators DJ C-Live, Shugasmakx and DJ PH, and bold entrepreneur and actress Tessa Twala will be adding their voices to the campaign.

Three Ships Mash Tun aims to win over a new set of South Africans who find the whisky category a little intimidating but who are bold enough to try something new. Three Ships Mash Tun is a drink that’s a first of its kind in South Africa, leading a trend for smooth taste profiles and lower alcohol content – now with a breakthrough marketing campaign that’s as innovative as the drink, South Africans are sure to be seeking it out in bottle stores and from online retailers.

Three Ships Whisky supports responsible drinking. Alcohol not for persons under the age of 18 years.