Music
Flash Forward: Is Amapiano A Sustainable genre in the South African Market?
Published 1 year ago by Mario Machaieie

Do you see amapiano dominating the industry in the next 5 years?

Criticism is something that the Amapiano pioneers have had to get accustomed to over the past couple of months as the movement has been growing at a rapid rate.

Producers and deejays have had no choice but to develop thick skins from hearing comments such as “lack of originality’ or being dubbed ‘bootleggers’ who are lazy.

At one end of the spectrum, people love and enjoy the music and on the other end, people do not resonate with it as a solid form of house music. 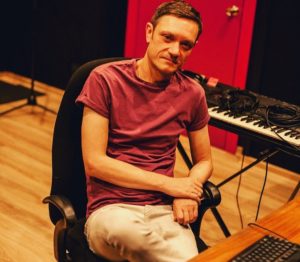 I love that it is a uniquely South african Style and i love that it opened doors for a lot of people. Who are as well now, slowly recognized with that music internationally. I have to admit that it’s not my personal taste, I’m doing soulful house therefore i wouldn’t do amapiano.

Even the inception of the sub-genre is a mystery as it is highly debated amongst its followers – The big debate is where did it originate? Some say it’s a Pretoria sound while others say it originated from the township of Alexandra.

With all this criticism begs the question;

How sustainable is amapiano?

So many genres have come and gone over the years, there is a new trend in the amapiano culture that has a lot of people worried about the future of the sub-genre. The trend of adding gimmicky lyrics to their tracks seems to be pulling people away fast. House music enthusiasts are starting to turn to the purer house sub-genre that needs no gimmicks.

The most recent gimmicks in amapiano are becoming more vulgar and can be very distracting as the music loses value – Kabza De Small recently dropped a tune that has tongues wagging with Moonchild Sanelly and Leehleza titled Ur Sheetee – the playful raw lyricism is tricky as it is not radio friendly meaning that the song won’t reach its full potential by reaching a wider audience. Furthermore, in order for a genre to cement its place in the industry it needs frequent airplay.

Do you think that the amapiano genre will last?

Castle Lite Sends A Message Of Hope To Mzansi During Lockdown
Join the ZKHIPHANI Fam!