Lawyer by day – trapper by life.

25-year-old Dan Mwale is an anomaly, a visionary, a philosopher and a true artist. Part lawyer and part time musician, combining the two arts, he is dedicated to changing the landscape of the music industry and the lives of those around him for the better and proving that anything is possible with passion, perseverance and commitment.

2019 is the year Dan makes his mark in the music industry with the release of his EP.  Monster features the lead single ‘Jet Lagged’ – a high-energy track representing the hard work and hours one needs to put in, in order to be successful.

It’s just a fun song expressing that you can also enjoy working hard, it does not need to be laborious and with too much effort. You can travel all over the world in your mind and not feel jetlagged

The title of the EP ‘Monster’ came about when Dan left varsity and entered the real cutthroat world, the beginning of his professional career in law. Using his creative expression to counterbalance the stress of a corporate world, Dan was pushed to release ‘Monster’.

Driven by important messages and themes, ‘Monster’ is about inspiration, family and the assuming of responsibility as a young South African male in his twenties.

Daniel Mwale cites his mother and artists such as Kanye West, Michael Jackson, Tracy Chapman & the Weeknd as his primary musical influences who initially inspired him to take up a career in music.

Striking a balance between music and law is not an easy feat, but Dan never gave up his dream and has been chipping away at his musical career during all of his years of study.

Dan’s musical path started circa 2007 in a music producer role – specializing in hip-hop, RnB and alternative music. Co owner and founder of Floggnation Records with friend and business partner Sponge Magubane, after years being in the back seat, Dan couldn’t resist the pull to front of stage and behind the mic.

This is where it all began – the creation of his own unique sound and vision.

Known for his flamboyant and audacious rap technique, Dan Mwale’s journey was meticulously planned and practiced. Being an A class academic achiever, Dan’s precision and timing is what has shaped who he is today.

Being described as a “flamboyant rapper” Dan Mwale’s sound is mixed with humour and personality, not always the norm in the Hip Hop world.

Some people consider it alternative, as it is very original. The fluidity in my switching of genres breaks the norm and gives people a new sound to look forward to

The album is somewhat dedicated to Dan’s mother who has faced a tremendous amount of hardship and adversity and for him to be who he is today is all because of her.

In the near future, Dan is open to the idea of starting an entertainment law practice and provide advice / legal services to up & coming creative’s who do not have the access to the information needed to strengthen their careers. This is just one way he can pursue both roles and create a working symbiosis, relevant to both.

In an industry that is heavily saturated, you need to stand out to stand tall. My infusion of Art, corporate and fashion will take our industry to the next level 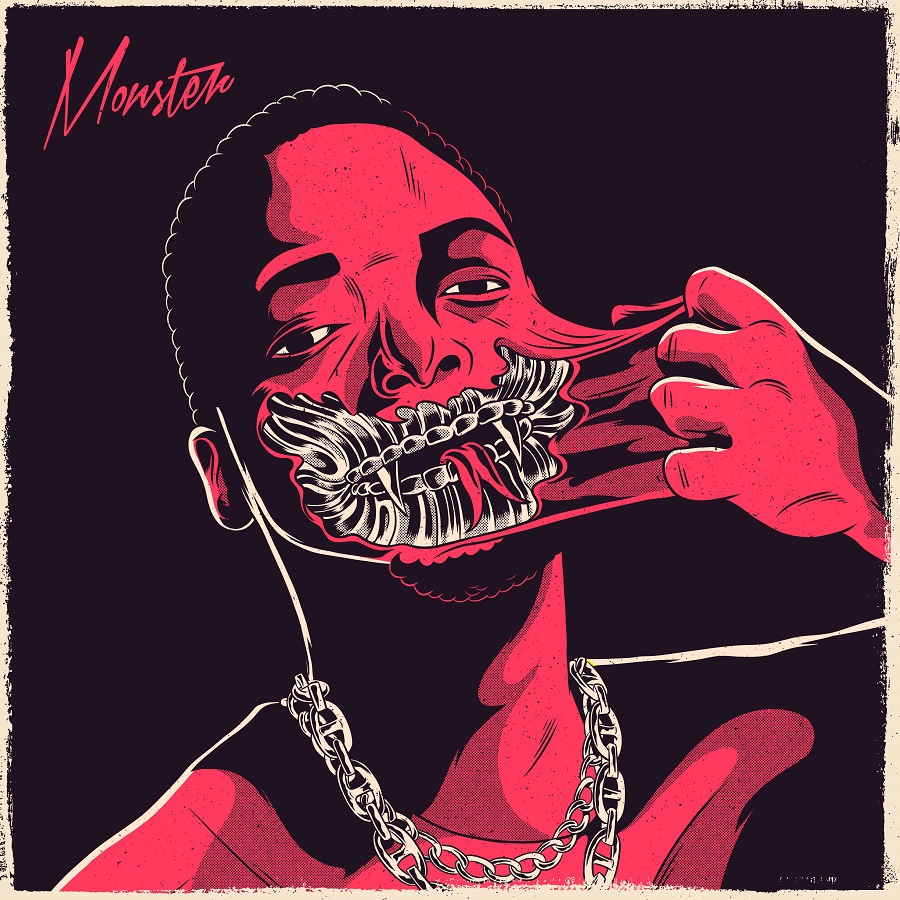 MONSTER – is out now on all digital platforms including Itunes, Deezer, Spotify, Google Play and more.