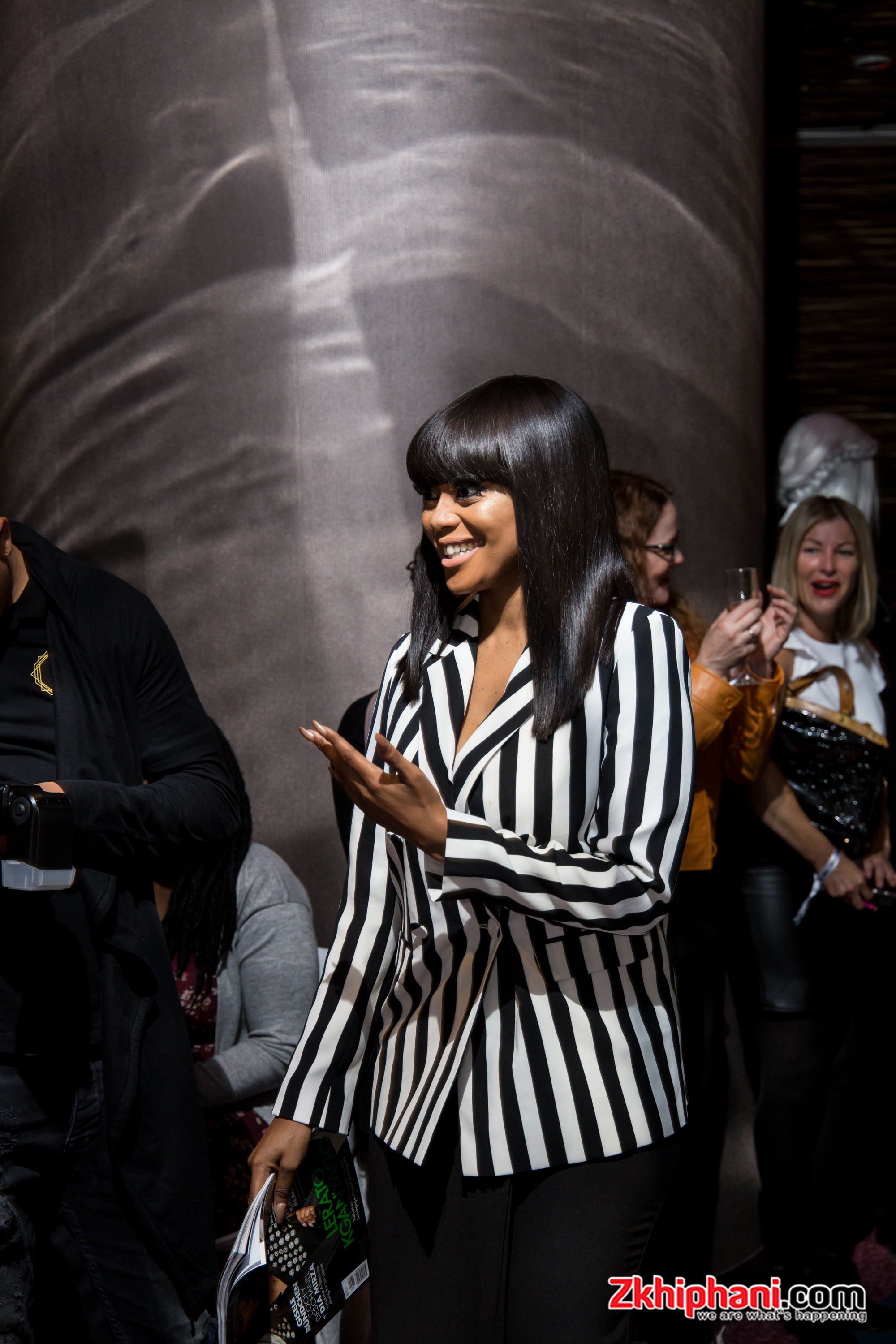 Television and radio personality, Lerato Kganyago, is your host for the South African version of the popular fashion show – Project Runway. The announcement happened at a private VIP experience at The Crowne Plaza, in Rosebank yesterday evening. The former Live Amp host will debut on the show when it premiers in July on Mzansi Magic.

The former Live Amp host shared her jubilation and promised viewers nothing short of laughter, heartfelt moments, tears and drama. In an emotional moment – almost shedding a tear, Kganyago shared the roller coaster her life has been since the beginning of the year. From auditioning for Project Runway, to resigning at Live Amp and losing her close friend and colleague, Akhumzi Jezile. This project could not have come at a better time.

CEO of Ndalo Media, Khanyi Dlhomo, said Lerato was an obvious choice. Her ingenuity and always being herself is what they were looking for and what the viewers can expect. Kelly Fung, Editor in Chief at Elle Magazine, was also more than excited to show off the June cover – where Kganyago is gracing the magazine.

Unlike the show’s American counterpart, the South African version will held at different locations. Due to the diversity that is South Africa, one can expect a variety of “Mzansinized” elements. Contestants have also been selected from across the nine provinces, therefore, they should each bring a different array of elements that speaks to their individuality.

Fashion designer Gert Johan-Coetzee will be the mentor to the designers. The mentor will dabble with local languages to the show ensuring that South African authenticity comes alive. Judges will include style icon and veteran television host, Noni Gasa and menswear fashion designer and hotelier, Rahim Rawjee.

Project Runway will debut in July on Mzansi Magic thus they are promising nothing short of trends, innovation and style that speaks to the South African audience. One can expect this all the way until the winner is announced in October. The winner will get to showcase at Paris Fashion Week, among other cool prizes up for grabs.