Major League DJZ have joined forces with producer Abidoza hailing from Pretoria to bring us a smashing album titled Pianochella. The duo needs no introduction as they are the prime force behind New Age Kwaito and with that came the hit single Sliza Tsotsi which featured Cassper Nyovest, Ricky Rick and Carpo. 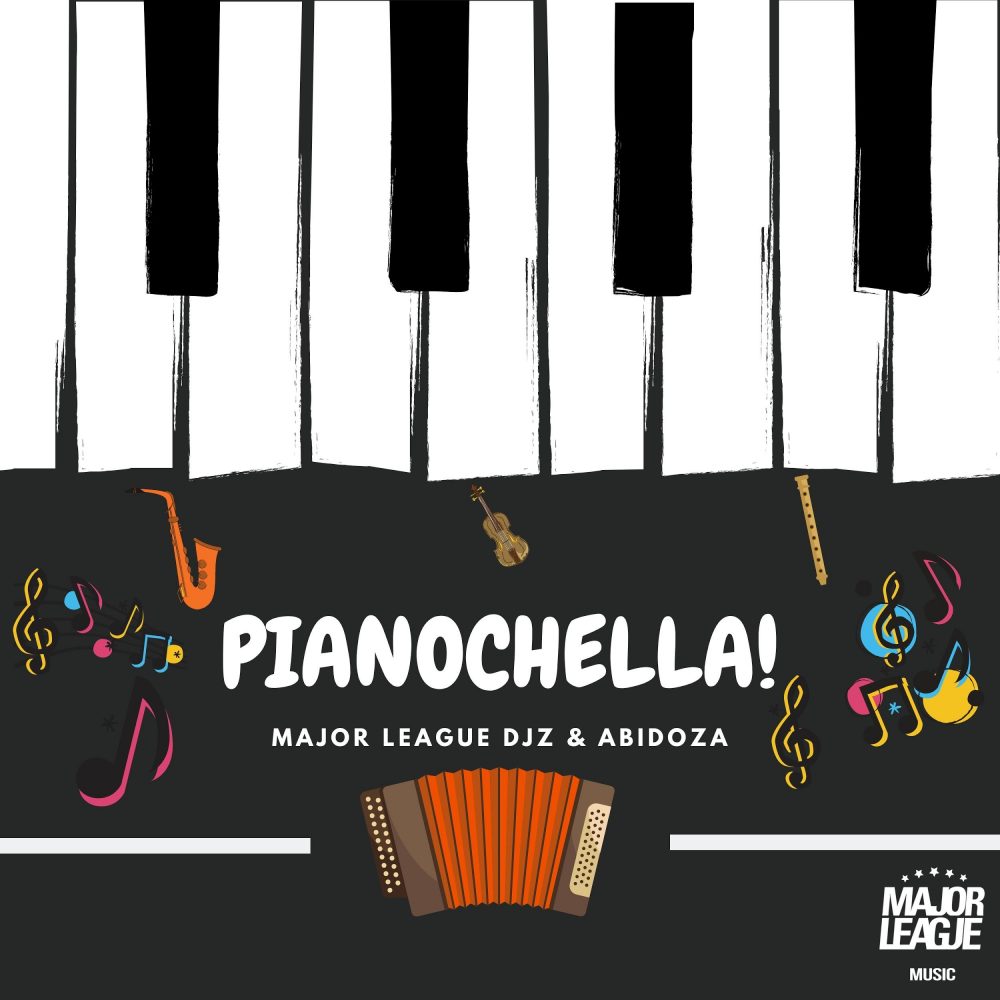 Collaborations have always been the DJs strongest point and this 31-track album is no different as it boasts collaborations with local talent as well as cross border talents.

Pianochella represents their journey into exploring different genres, as they travelled across South Africa to attain the right ingredients for the album’s soundscape. This also led to cross regional collusions with Adrienne Foo and Shana Matjila. While Bontle Smith, DJ Vettys and TallArseTee contributed some homegrown sounds. It’s Le Plane E’Landile with frequent collaborator Cassper Nyovest that stands out, alongside the hip-jerking Wang’Kwishisha with Lihle Bliss .

“We wanted to achieve what no other artist has ever done before in SA, each and every track in the album is special and there is more to consume for all our existing fans and new ones “said the new Universal Music South Africa signees.

Pianochella is a true Major League project, bringing out the best of their collaborators while sampling Amapiano’s different flavor’s -from the mellow to the club-ready and jazzy sound.

#NewMusic: Njelic Details A Day In The Life Of A Criminal With The “Tsotsi” Music Video
Join the ZKHIPHANI Fam!