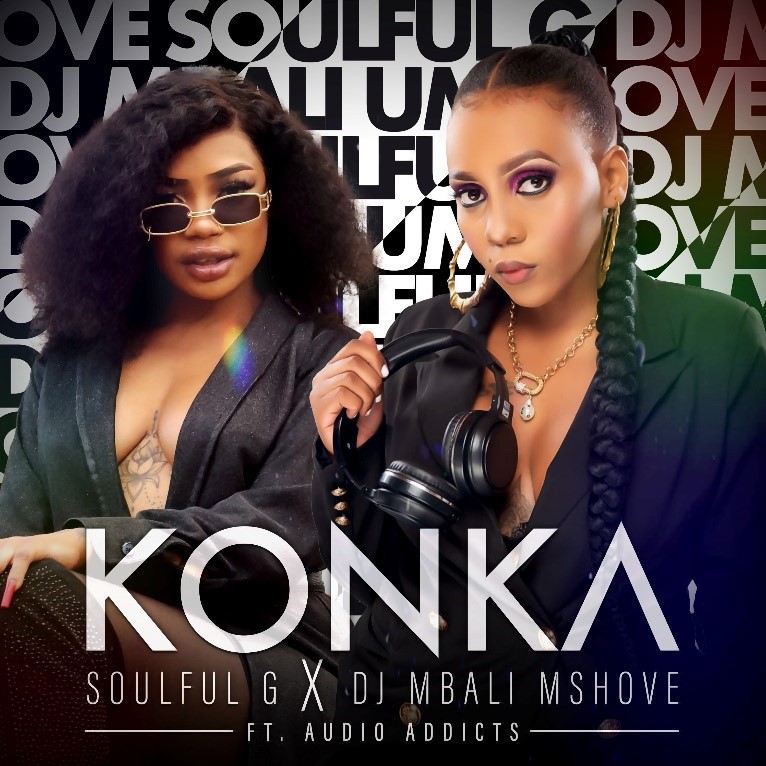 Konka comes from Soulful G’s monumental 2020 hit single, Uthando alongside Sao Mattrix and Shaun 101. The Amapiano single set the tone for what we can expect from the trio and with genre reaching newer heights, Uthando was released at a fitting time.

Now, Soulful G teams up with DJ Mbali Mshove and Audio Addicts on Konka, a fitting follow up to Uthando. The production on this song is nothing short of gratifying. Konka is an Amapiano single that is the epitome of Summer and what the festive season is all about.

The beat gives off that expensive “Amapiano” sound. The jazzy vocals from Soulful G make this song a hit of definite note. Both upbeat and vibrant, Konka has all the makings of a hit song- a fire beat, impressive vocals and a catchy hook.

The name of the song is inspired by the name of popular and upmarket nightclub in Soweto, Konka. The famous and boujee establishment from Pimville, Soweto has gained itself the ‘high status’ profile in a blink of an eye. The newly revamped restaurant has been quite the attraction in society that now it has become a part of the people’s lifestyle and brand.

Stream and purchase it on all major digital stores. The music video will premiere this Friday on Youtube.