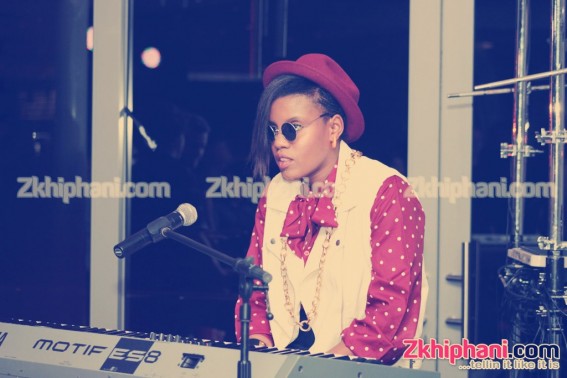 She has not dropped anything since 2015 and that is understandable because she has constantly been on tour. Having previously dropped over 2 albums,  Toya Delazy is back with a 10 track mixtape aptly titled, Jetlag.

This is by far the most creative and sonically pleasing albums to come out! For real. the beats are not only fantastic but Toya is letting out the ratchet side and letting you in on what she does when she gets down. Some of the beats are Trap influenced but there are surprise beats like Abahholekayo which features a more Gqom and dance approach.

This mixtape is incredible; she features little known artists and producers but what comes out of those collabos are magical. The names you may know are WTF and Moonchild. The other artists include DopeboyLDN and producers EW, Amin and Synesthetic.

Toya does not dissappoint when it comes to the bars; she sounds raw on this and it is dope to listen to. She kills on Don’t Judge Me. Man! I don’t think I have ever heard her go that deep and rap in isiZulu but she kills it. She also brings a different vibe on Abahholekayo featuring WTF and they help her bring out that Dubane vibe. Mngani Wam sounds like a bit of a mess with Toya rapping off beat and off tune and the beat being eccentric but Moonchild brings the things that make us forgive all of that. On Niggas rap is piss she raps the entire song in a London accent while crapping on wack rappers and it’s fresh as hell!

It is safe to say that Jetlag is an experimental project with so many raw lyrics and unmastered tracks which lend to its quirky and off balance feel. At the end, all of this works to it’s advantage. Peace to Toya De Lazy, this is dope.

Take a listen to the mixtape below and tel us what you think!