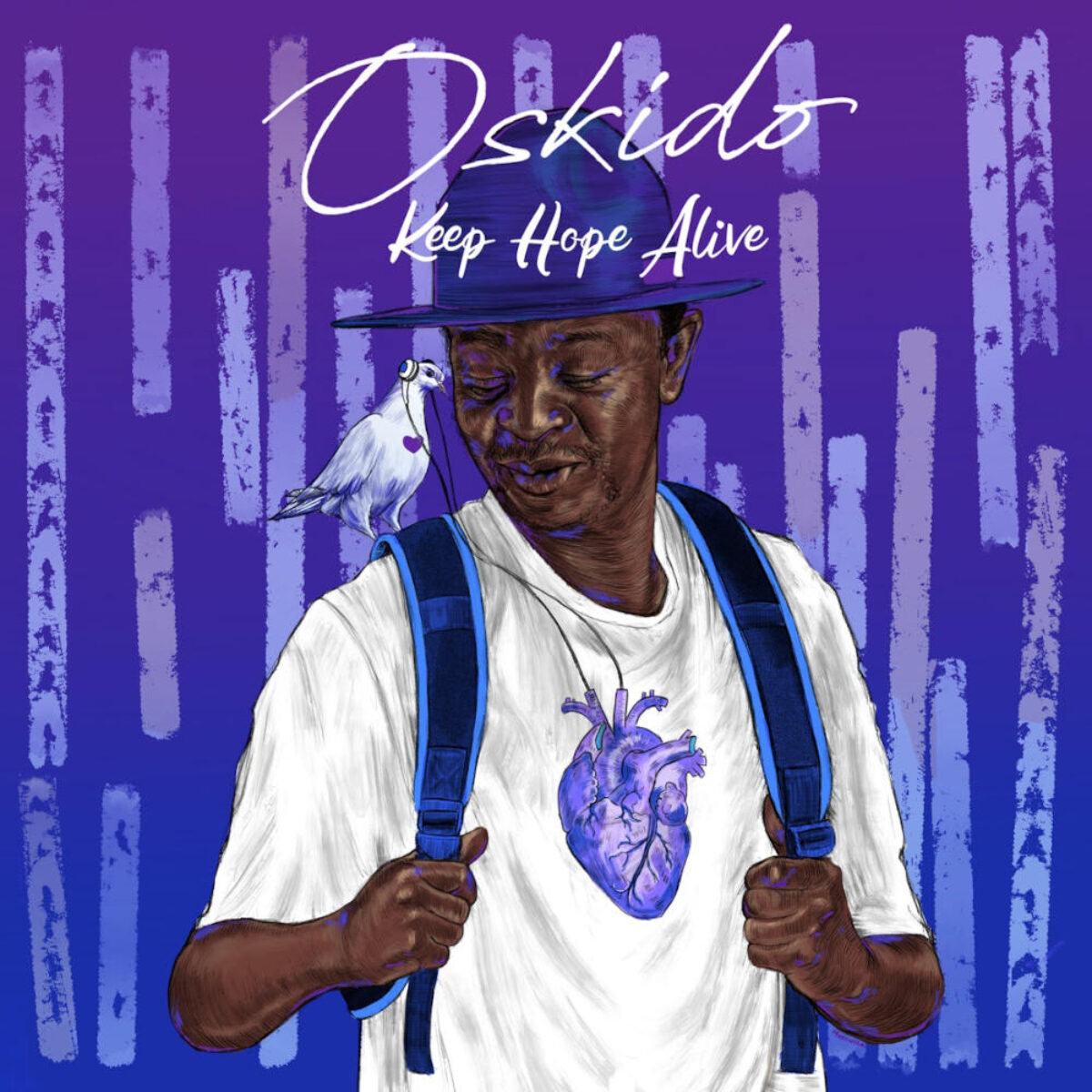 Oskido reinvents himself with his new and experimental album, Keep Hope Alive. With the advent of Amapiano, Oskido not only embraced the current sound wave but he is contributing to it in a way that only knows how. Keep Hope Alive contains star studded features including AKA, Ami Faku and Lady Du to name a few.

Read more: #NewMusicFridays: Oskido Marks 26 Years In The Game With EP Titled “Back To The Future”

Keep Hope Alive is a 20-track album with a fusion of sounds, with Amapiano being the prominent sound. He features the likes of his past collaborator, Professor and Eugene. He also enlists AKA, Ami Faku, Thandiswa Mazwai, Lady Du, Ntsika, DrumPope, General Gee and King Monada. Keep Hope Alive also features AKA, who makes an appearance on

The album is filled with surprises to like he feature of AKA on psychedelic listen of What’s Your Story alongside üGENE. The Disco/Pop banger is about trying to figure out where you stand with your love interest. Endulo, featuring General Gee, is an old school-inspired Blues Ballad that serves as the intro of the album before it makes it transitions into dance hits, true to Oskido’s core sound.

Ndoni and Winnie Khumalo feature on the playful upbeat gem, Wewe. While Mafikizolo feature on spiritual Amapiano and deep house tracks, Angina Mali and Funa Imali. There is something for everyone including the recent punted lead track, Fofa, featuring King Monada.

Read more: Oskido Taking It Back To The Golden Age Of South African House

The mixed bag of sonic experiences on Keep Hope Alive is the extension of his September EP, Back To The Future

The three-track EP was released with the Afro-beats meets Kwaito and Yano, KwaiYano, South African twist, Banky Banky. The radio charter was followed with Kwaito based Amapiano title track, Back To The Future, featuring Professor, Spikiri and Lady Du.

Keep The Faith is the fully immersive listening experience of the experiment, innovation and genre bending sound that Oskido has been working on with his fellow stable mates. From the jovial Amapiano summer anthem, Ayazizela, featuring the iconic Thandiswa Mazwai and The Soil’s Ntsika.

Keep Hope Alive is available across all DSPs. Click here.