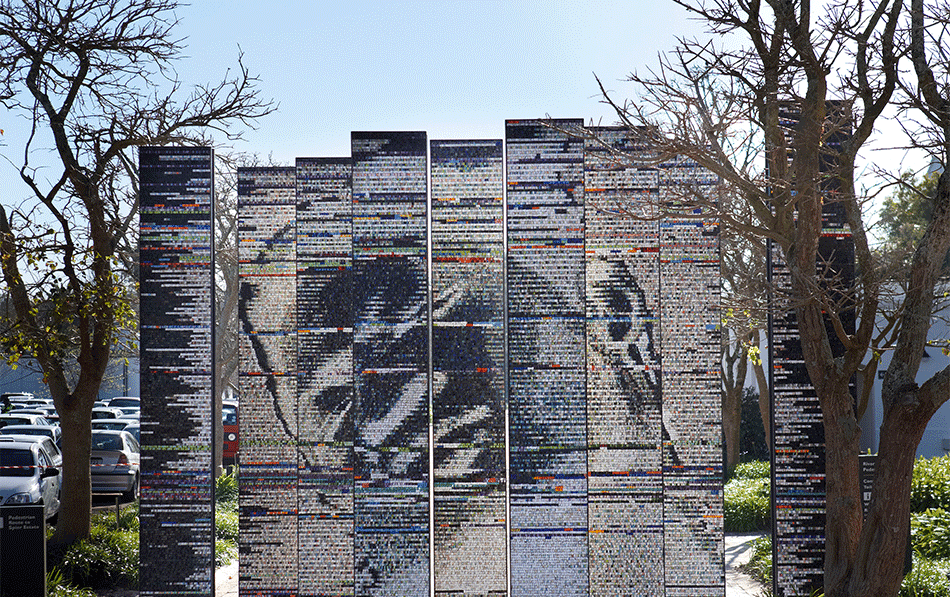 The Dying Slave supports an ongoing initiative to encourage widespread architectural-scale artworks and meaningful entrepreneurship in the arts.

Nine columns measuring 4.1 metres in height cover an installation area of almost 30 square metres, and together form the image of The Dying Slave. The work was created with mosaic as the medium by artists from the Spier Arts Academy and is based on Michaelangelo’s image of a male slave in the ecstatic throes of dying.

The Dying Slave supports an ongoing initiative to encourage widespread architectural-scale artworks and meaningful entrepreneurship in the arts.

It is the first outdoor, three-dimensional piece produced in the Spier Artisan Studio studio, which works in conjunction with the Spier Artisan Apprenticeship Programme to offer employment-based training in contemporary mosaic.

The sculpture is visible if approached from either direction and, with mosaic on both sides of the columns, each approach offers a unique experience. When seen from a distance all the columns line up and the image of the artwork is formed. The viewer can also circulate through the installation and be ‘submerged’ within the sculpture.

A vision in mosaic

Cianfanelli had the vision to create the image from mosaic because of the medium’s ability to create large-scale work and to explore the pixelated effect of mosaic artwork.

The design for the mosaic was done digitally by Cianfanelli, using a photographic source. The image was ‘digitised’ into lines of ‘pixels’, which was then interpreted by the mosaic studio.

Mosaic panels were placed on both sides of the columns, with one side of the column featuring a ‘positive’ image and the other a ‘negative’ (inversion) of the same image.

“Initially, I was concerned that the roughness of stone mosaic used would not be conducive to achieving a slick digital effect, even from a distance.

“After seeing the first sample created by the studio, I realised that my concerns were unwarranted and, in fact, the richness of texture and the intense colour of glass added an incredible dimension that made perfect sense with the concept.

“It has been a privilege and a treat to have my design translated into the traditional craft of detailed stone and glass mosaic on a massive scale. Having made many large mosaics during my career, I really appreciate the work and challenges involved, as well as the potential for incorporating mosaic into contemporary art and design.”

This is what it took to build a 42.6 square metre mosaic artwork:

The Man behind the art

Cianfanelli was born in Johannesburg in 1970 and graduated with a distinction in Fine Art from the University of the Witwatersrand in 1992.

He has had five solo exhibitions and has won numerous awards, including the 2002 ABSA L’Atelier, which culminated in a residency at the Cité des Arts in Paris, and an Ampersand Fellowship in New York.

Committed to testing the possibilities for artistic intervention in the public realm and engaging with other professionals from diverse fields, he has been involved in a wide range of projects involving art, architecture and public space. 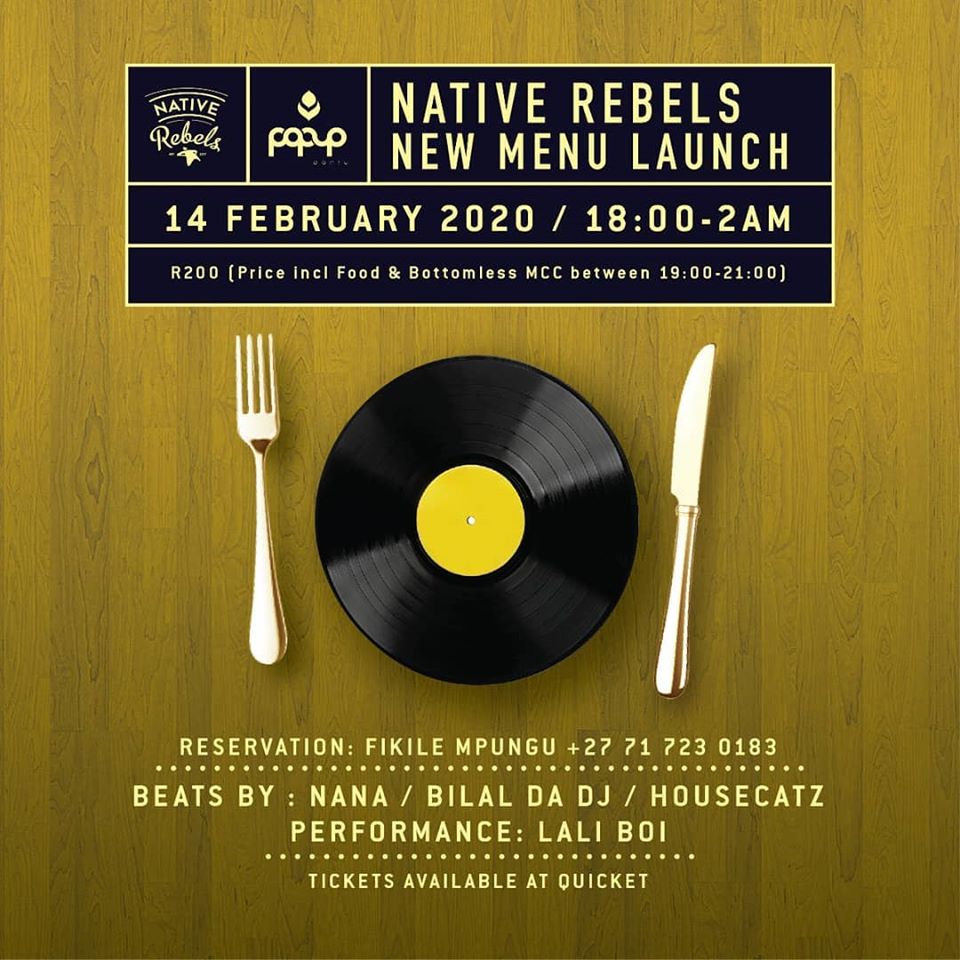 Gig Guide – What to Do in And Around Jozi This Weekend 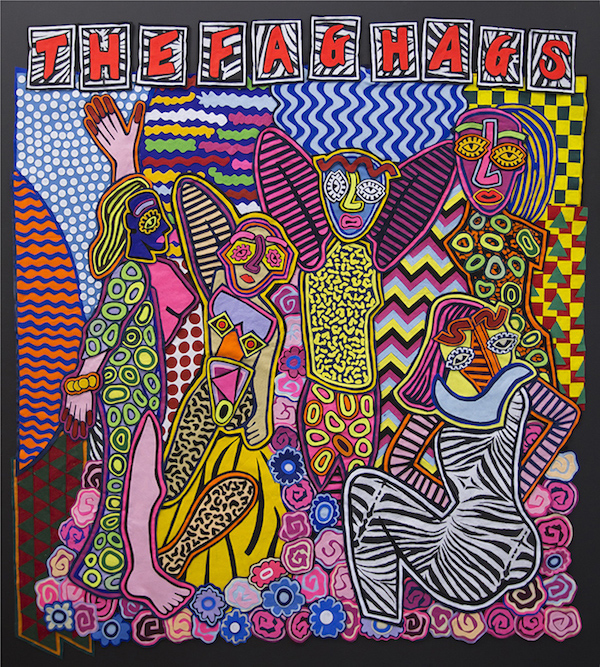 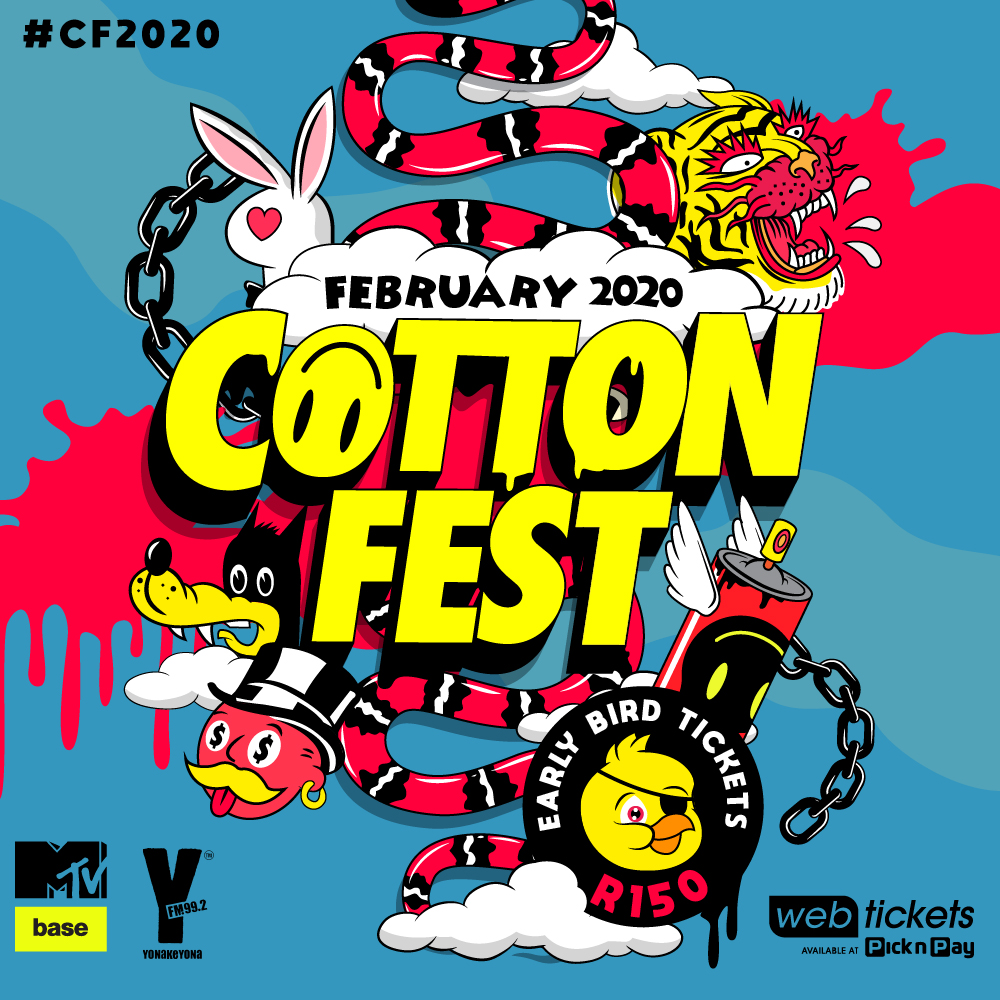 Gig Guide – What to Do in And Around Jozi This Weekend
Join the ZKHIPHANI Fam!