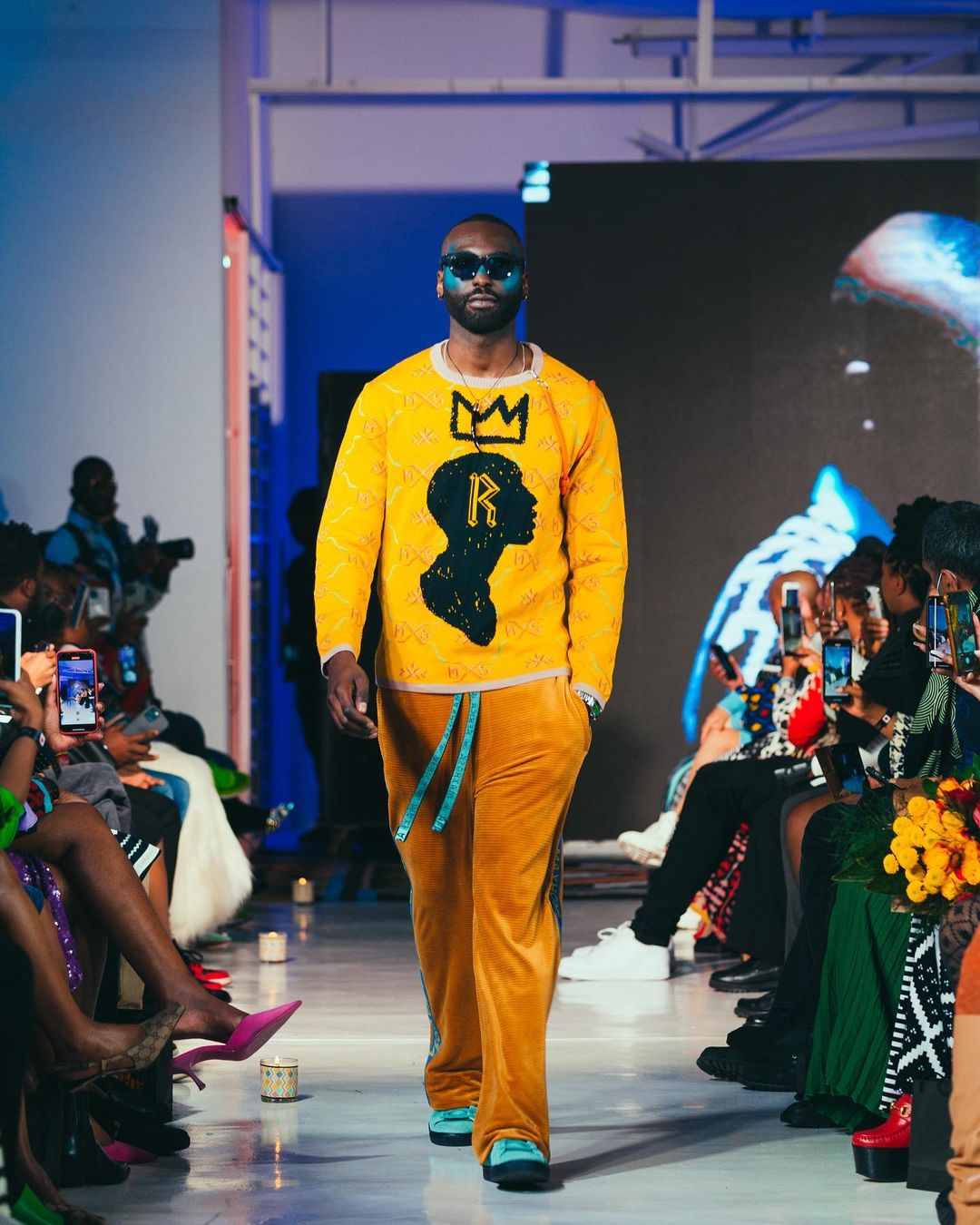 The AW/SS22 collection, titled Alkebulan was recently revealed on 19 June where the late rapper was made the muse of the showcase along with the rich history behind the name Alkebulan. Giving further insight into the concept behind the development of the collection, the brand wrote in an Instagram post:

“The original name of the African continent has been a debate for decades. According to historical research, it is argued that the name Alkebulan was the original name of the African continent before it was known as Africa. The Alkebulan name dates back pre-colonization, it is said to be the continents’ oldest name and the most indigenous in its origins. The direct translation of Alkebulan is “mother of mankind,” or according to other sources, “the garden of Eden.”

With the much anticipated collection set to be released, many were in attendance at the fashion show including Riky’s family and wife, Bianca Naidoo.

“The late Rikhado ‘Riky Rick’ Makhado takes centre stage as the muse of this collection, Laduma looked at Riky as a best true example of what an Alkebulan is. Laduma took so much inspiration from Riky’s fashion sense and ability to embrace great fashion brands from around the world. The show features a few selected MAXHOSA looks that are inspired by Riky Rick, as a special tribute for the selfless patriotism, love and dedication he has for the brand.”