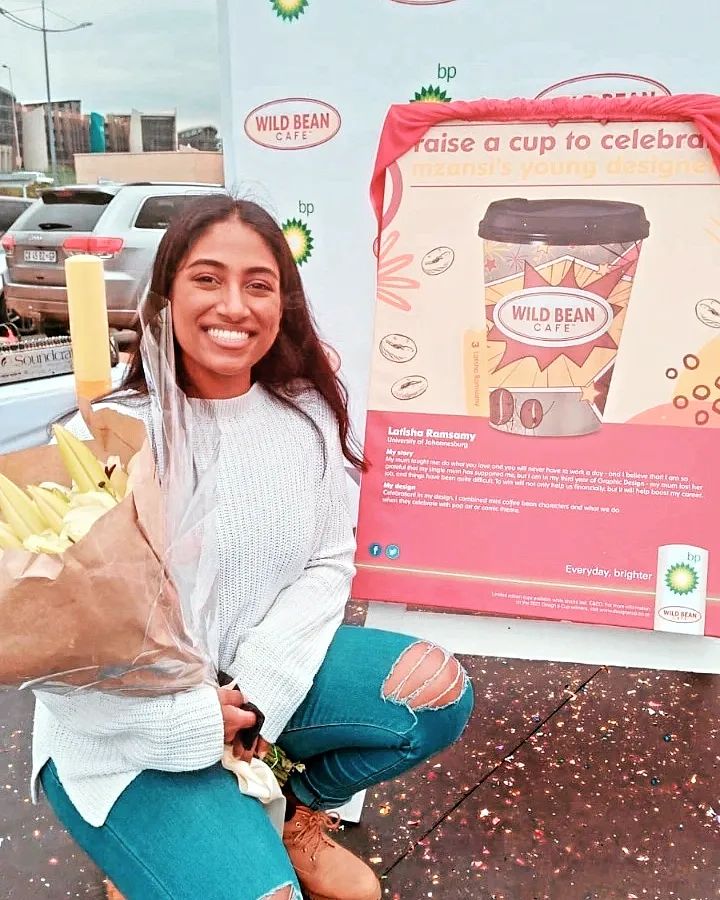 In the series of Design – A – Cup finalist introductions, we met to two lovely finalists Mika De Villers and Kelly Nsenda who were selected in the top three of the competition. The third and final lady who blew the judges away with her coffee cup design that was so rich in cultural references was Latisha Ramsamy. The young woman with a beaming smile and imaginative spark used her graphic design skills to assist her in tackling the design brief which was centred around celebration. This year’s theme, My Cup, My Expression was as poetic and reflective of the yearning spirit of most creatives during this time. The theme was a dovetail from the 20-year anniversary celebrations and therefore centred around what celebration means to you and how you would translate that celebration in a cup. 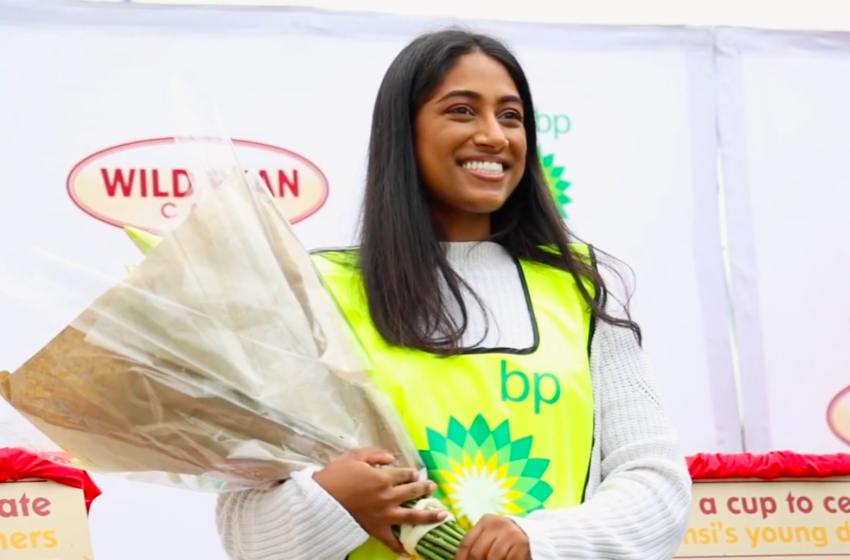 22 year old Ramsamy, who describes her self as creative, motivated and ambitious, is a third year graphic design student, and free Lance as a graphic designer and mural artist part time. The young creative shares the things that she is most passionate about in life, “I love art and design, it has always been my passion, my hobbies include gyming and reading and I love being involved and serving at church.” says Ramsamy who has also completed 2 years of Bible College.

Much like many of the contestants that entered the design driven affair, Latisha found out about the competition through her lecturer at the University of Johannesburg told all her students about it. Interested in the prospect of representing Wild Bean Cafe and flexing her artistic skills Ramsamy went ahead and entered. However, what most do not know about Latisha’s Design – A – Cup experience is that it this wasn’t her first rodeo. “I entered the competition last year and did not make the second round.” expressed Ramsamy.  “I entered this year with a better understanding around the competition and how it works, but more excited than anything because the idea of having my design in every Wild Bean Cafe was absolutely mind blowing.” With her immense determination Ramsamy is living proof of the saying revision makes for better results. 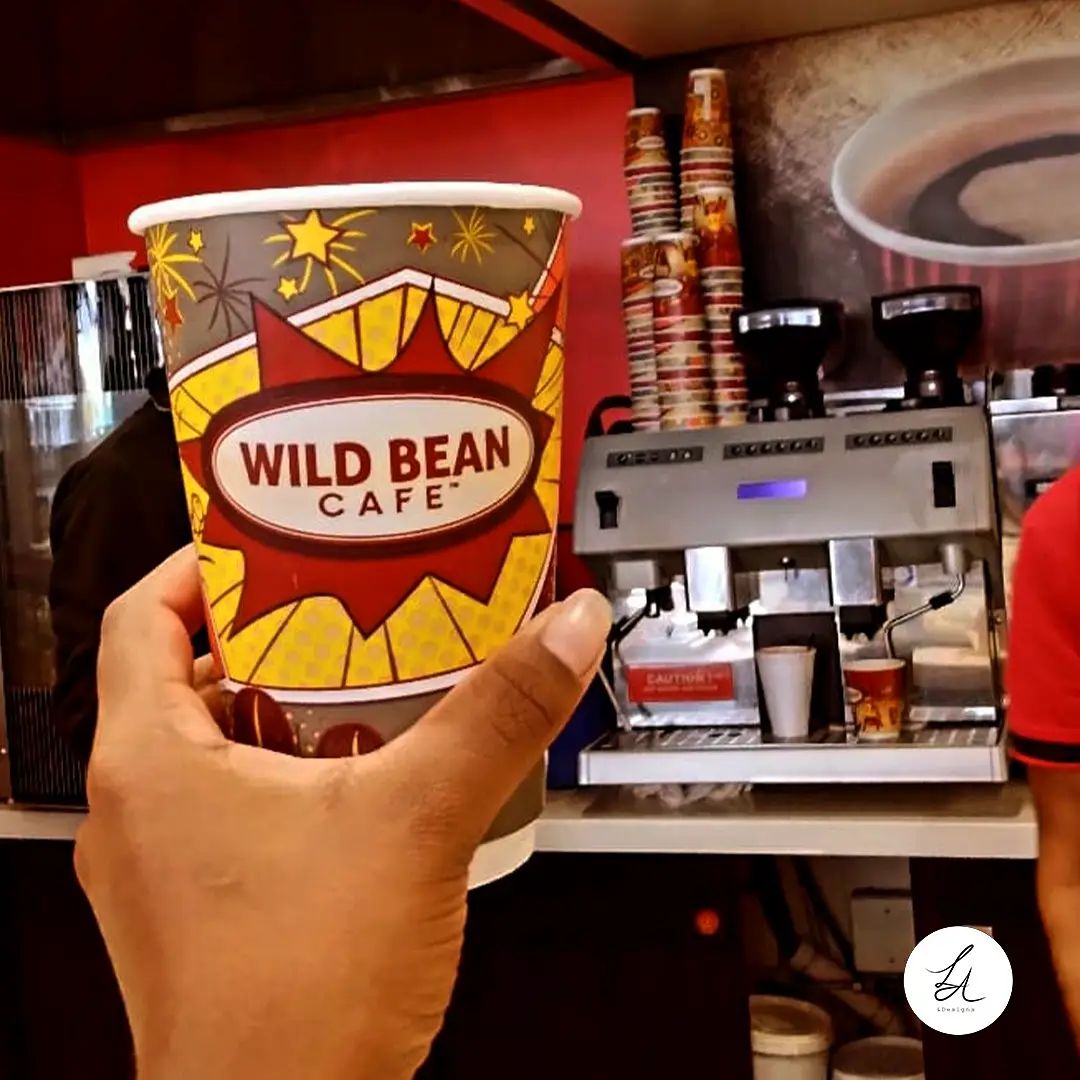 When asked about her initial reaction to making the shortlist of the competition, Latisha was admirably honest and expressed how excited she was about it all. “I was shocked at first, my heart started beating really fast when I saw my design on the top 5 designs.” Her initial shock grew profusely when the competition judging committee had announced her place in the top 3. “I was overwhelmed with emotion , just being part of top 3 was a major achievement. The idea of my cup being displayed in every Wild Bean Cafe still blows my mind today. It felt like an incredible dream that became a reality.” shares the budding graphic designer.

The inspiration behind her coffee cup design features icons that symbolise celebration innate to the nation’s identity. Ramsamy shares, “The theme was all about the celebration of 20 years of Wild Bean Cafe , so I took into account what we do to celebrate with  family or friends as South Africans.” The young designer featured bursting fireworks, popping champagne, dancing and singing, music and the iconic vuvuzela instrument which is used throughout South African celebratory affairs. “I combined this idea by using coffee beans to imitate people, in a comic or pop art theme to make the cup fun and relatable to what we do as south Africans do when we are celebrating.” 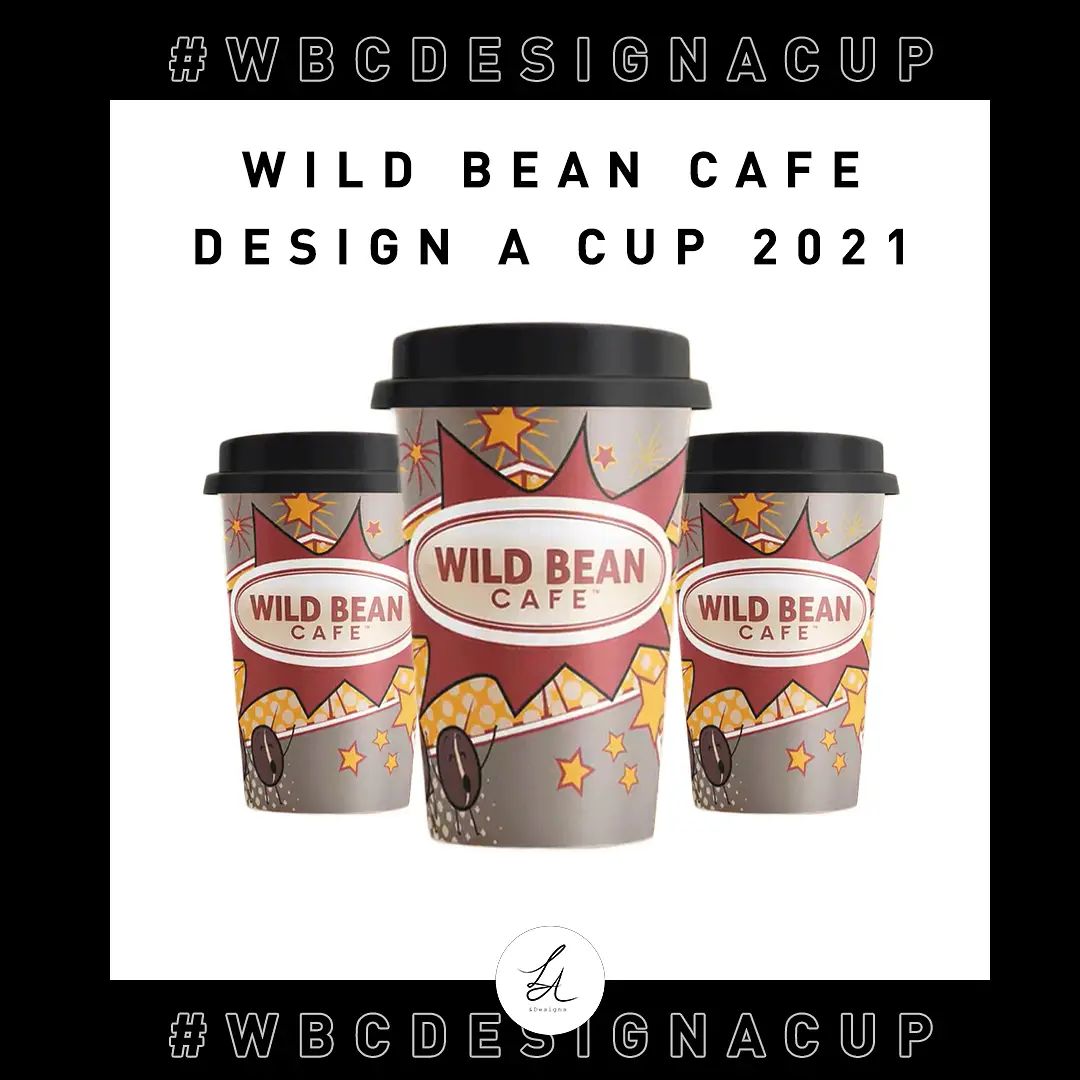 One thing that stands out about the creative process behind her design was the amount of research the young designer put into her work. I designed the cup by first brainstorming ideas on what I could do and how I could do it, I found inspiration from other designers on the internet including Andy Warhol.” the artist then continues by stating that she began designing digitally where she mixed and matched her ideas and illustrations until she was 100% happy with the design and the message behind it.

You might be asking yourself, “What does the future hold for Latisha Ramsamy ?”. Well according to her plans she will be entering other competitions and developing her stooge graphic design skill set. “This experience has showed me that I am capable of achieving big goals through faith, hard work and determination.” And thanks to the competition, Ramsamy has been propelled into a new space where her work is getting a lot more recognition. “This competition has helped me gain so much exposure already where people I’ve never met before know me as a designer.” shares Ramsamy, “My plans are to continue in the graphic design field and continue to make big impacts such as this.”  Make sure to keep an eye out for the budding artist as there is no doubt that she will be making news worthy waves.