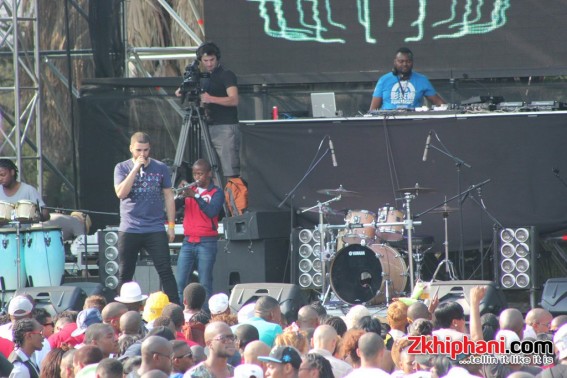 Mi Casa has been nominated as one of five acts from Africa who will compete to represent the continent in the Worldwide Category at this year’s MTV European Music Awards.  On Monday MTV unveiled the nominees for its annual European Music Awards (EMAs)– which will be  broadcast around the globe from the Festhalle in Frankfurt, Germany on 11th November 2012. Triple SAMA winners, Mi Casa are one of five acts who might represent Africa at the dazzling awards ceremony.  The three piece house band joins Kenyan hip hop group, Camp Mulla, Sarkodie from Ghana and two Nigerian artists— rapper WizKid and D’banjas Africa’s official nominees.  The act with the most votes will represent the Africa/India/Middle East region in the WorldWide Act category that will include four other regions.  The awards are chosen by MTV viewers and the voting was officially opened this week.

“It’s incredible news. We are thrilled,” said an excited Joao Fonseca – lead vocalist of the band, “it’s a proud moment for us to have our music recognised on the global stage. It’s an honour to be representing Africa and more importantly, South Africa.”  The nomination adds to the group’s phenomenal success this year. 2012 will bring the MTV EMAs to an even bigger audience – airing across MTV’s global network of more than 60 channels reaching nearly 700 million households around the world. The ceremony promises to feature the most popular musical artists from all over the globe.  Past EMA performers have included the hottest artists from the worlds of hip hop, rock and pop – such as Beyonce, Katy Perry, Jay-Z, Rihanna, Green Day, Justin Bieber, Shakira, Kanye West, Tokio Hotel and Kings of Leon – to iconic global superstars like U2, Coldplay, Madonna, Prince, Bon Jovi, Queen and many, many more. Princesses  of pop, Rihanna and Taylor Swift top the list with six and five nods each, respectively.  Stay tuned to Soul Candi for breaking news from South Africa’s proud nominees.