AKA celebrates going 4 times Diamond for his singles, One Time and The World Is Yours, Caiphus Song and All Eyes On Me among many other notable milestones

Read more: PICS: AKA Announces That He Is Now Part Owner Of Posh Restaurant In Durban 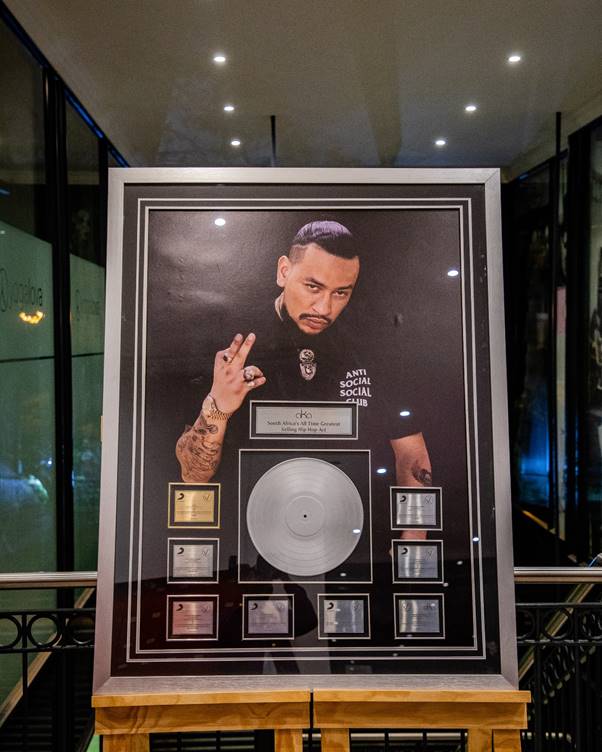 “AKA is a true hit-maker and has shattered all sales records for SA Hip Hop. Most notably, achieving this status as an English speaker rapper, whom many deemed had no room for success in the South African music landscape.  10 years in the making, the numbers don’t lie, AKA is South Africa’s greatest selling Hip Hop act,” shares Raphael Benza of Vth Season.

Off the back of announcing his large stake in Durban based lounge and restaurant, Cuba BLK, and releasing a first of its kind Cruz Vodka Banana flavour, AKA continues to be a leader and trend setter in the music industry, paving the way for others.