No stranger to being a Gold selling artist, Faku has received Gold plaques for singles Ungowam with De Mogul SA. Uwrongo with Prince Kaybee, Black Motion & DJ Shimza has gone on to reach Platinum status and Into Ingawe reached Double Platinum status.

“I’m grateful that all the hard work my team and I have put in is finally paying off. Thank you to all the supporters, we’ve done it once again,” expresses Ami Faku 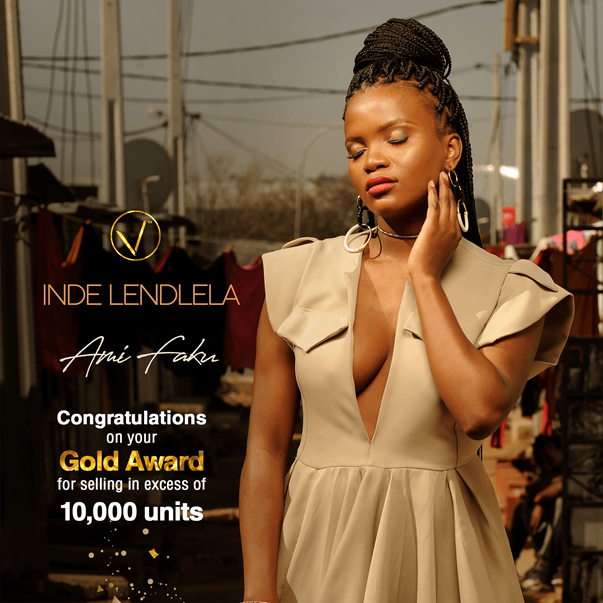 Ami Faku’s Inde Lendlela is a song that has moved the nation and captures the simplicity and raw emotion of Eastern Cape’s South African Golden Voice. The song speaks to a longing love.  “It is a song about being hurt by someone you loved and trusted. Even though they aren’t good for you, your heart is still yearning for them. But they don’t want anything to do with you because they feel like they can get something better elsewhere,” shares Ami Faku.

Starting the year off with the number #1 best-selling album at Musica for four consecutive weeks, Ami Faku is back on top of the Musica Top 40 best-selling albums chart, which further reflects social media sentiment that Ami Faku’s music is healing and the perfect soundtrack for the trying times that we’re in.