In the wake of the police brutality demonstrations sweeping the nation and how it reminds us of the horrific injustices of apartheid in South Africa, multi-platinum rapper Nasty C and the multi-hyphenate Tip “T.I.” Harris team up for their first-ever collaboration – “They Don’t” – a powerful track sharing their perspectives on racial injustices around the world. The track, released via Def Jam/Grand Hustle/Def Jam Africa, is produced by Gemini Major. 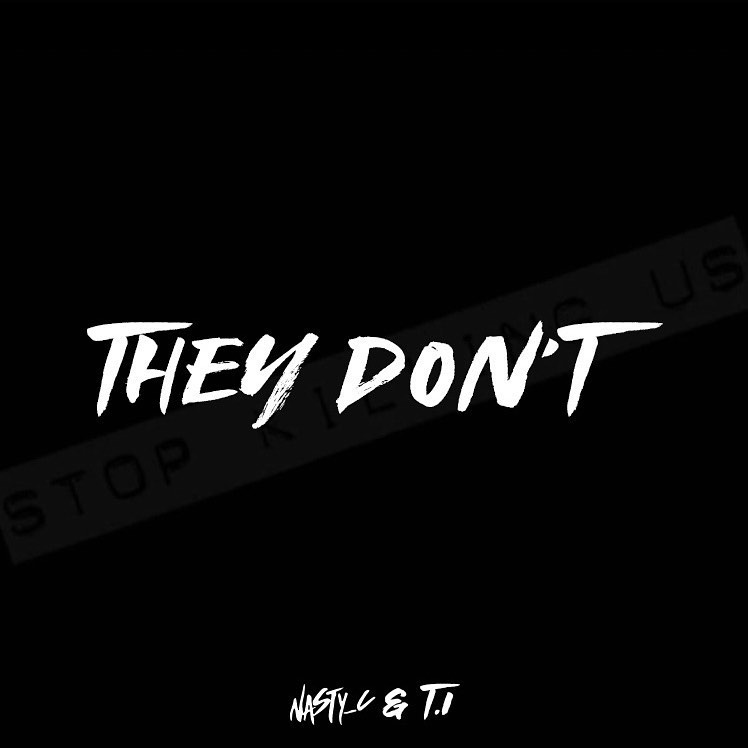 On “They Don’t”, Nasty C provides a striking and emotional view with his lyrics and later in the track, provides an encouraging message to all.

“I can only imagine the pain and the grief/from the innocent mothers with all the shit they had to see/ when you lose the ones you love to the f*ckin’ police/it cut’s deep.” “But everything will be alright soon/I just want to let you know, ain’t nothin’ like you.”

T.I. shares his thoughts on systemic police brutality with the poignant lyrics:

“Guess they’d rather see us all in civil unrest/Than to go and make some f*ckin arrests” followed by  “How you supposed to serve and protect/with your knee on my neck?

All proceeds from the song will go towards two organizations – Until Freedom and the Solidarity Fund. Until Freedom is an intersectional social justice organization focused on addressing systemic and racial injustice, as well as investing in those who are most directly impacted by cyclical poverty, inequality, and state violence. The Solidarity Fund, provides social support, including access to food and shelter, for those in South Africa whose lives have been systemically and disproportionately affected by COVID-19.

T.I. and Nasty C recently came together to deliver an exclusive, keynote conversation at Midem Digital Edition highlighting the globalization of hip-hop and how brands can use that to work with artists internationally. Fans can register for free and watch the conversation HERE

#ZKSnaps: Keeping it Chic With this Week’s Round of Fashion Snaps
Join the ZKHIPHANI Fam!