Netflix brings the next captivating South African Rom-Com to the world’s screens with the upcoming title, Seriously Single. The comedy, featuring popular names Fulu Mugovhani, Tumi Morake, Bohang Moeko, and Yonda Thomas, will be released on Friday 31 July 2020 across the globe. 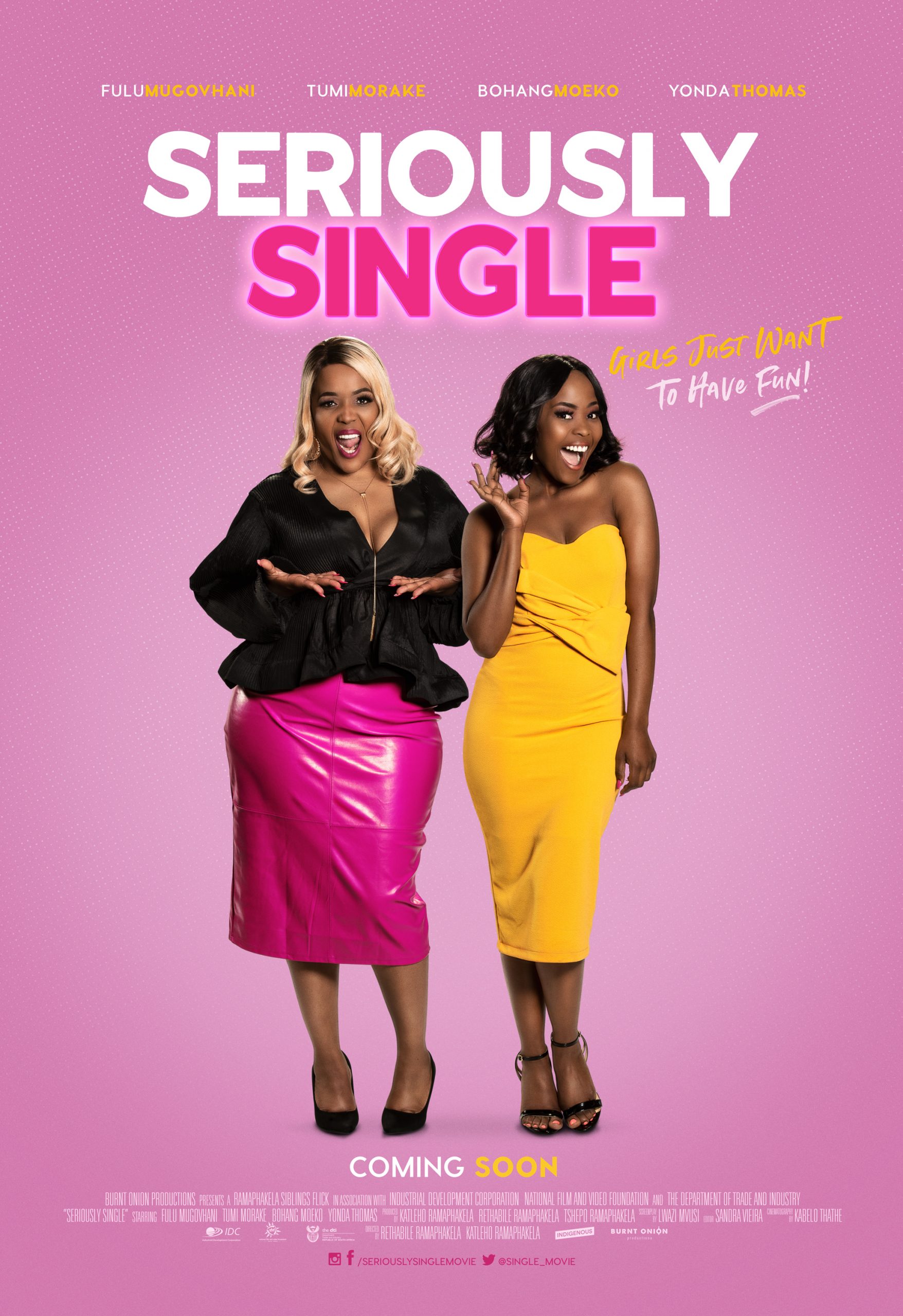 Set in Johannesburg, South Africa, Seriously Single tells the tale of the serial monogamist Dineo (Fulu Mugovhani), as she navigates the modern-day dating world alongside her best friend and partner in crime, the commitment-phobe Noni (Tumi Morake). When Dineo meets Lunga (Bohang Moeko) who appears to be the man of her dreams, she begins to uncover what she wants in life and love, as Noni unfolds her own story with Max (Yonda Thomas), the bar owner with a heart of gold. The wonderfully comedic misadventures of Dineo and Noni shows the beautiful power of having strong friendships.

Produced by the acclaimed Ramaphakela siblings Tshepo, Rethabile and Katleho from Burnt Onion productions, this new title is part of Netflix’s strategy to intentionally amplify African voices and stories for a global audience. A product of the Emerging Black Filmmakers Transformation Fund jointly pioneered by the South African National Film and Video Foundation, the Department of Trade & Industry and the Industrial Development Corporation, Seriously Single is now part of Netflix’s fast-growing slate of African content. Producers and co-directors Rethabile and Katleho Ramaphakela commented, “we are thrilled for the opportunity to partner with Netflix as we share our latest project with the world. As a seasoned production company, we relish this new adventure as we extend ourselves outside of Africa into the world. It truly is a time for Africa to own its voice and we’re honoured to be part of this significant movement”

Watch the trailer above.