The Nubian Music Festival, one of the country’s largest annual cultural & lifestyle festivals, held annually at Hartbeespoort Dam in early summer – is presenting a livestream event in celebration of Women’s Month at Sun City on August 29, to be streamed live from 3pm. 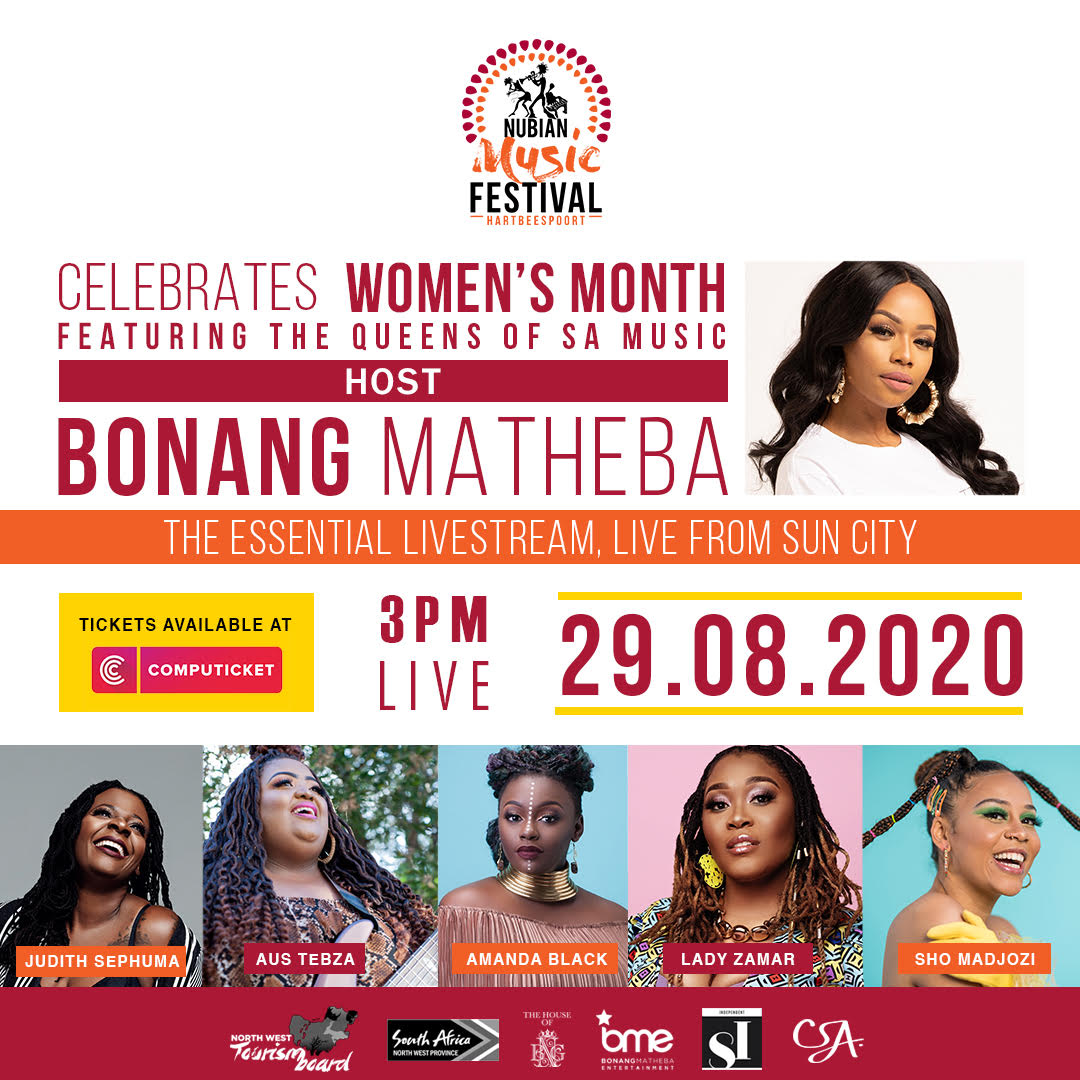 Bonang Matheba, who has just come off a hugely successful TV special on SABC1, “A Very Bonang Year” – will host and co-produce the show which includes a diverse and star-filled line-up including Judith Sephuma, Lady Zamar, Sho Madjozi, Amanda Black and Aus Tebza from South Africa.

The Nubian Festival Celebrating Women’s Month livestream is presented by North-West Province with ‘The Palace of the Lost City’ at Sun City the setting for this important livestream festival.

“It is an honour to be able to livestream this celebration of South African women and especially the amazing artists who present our music heritage to the world. We’re also excited that we can bring the Nubian goal of promoting social togetherness & cultural tolerance to an even larger audience in the age of Covid-19,”

“I’m excited to be producing my first livestream music event, especially from Sun City, in the province where I was born. This is an important month for women to be inspired to realise their dreams and this livestream intends to do just that along with some of the country’s and Africa’s greatest female artists in their music fields,”

Tickets to NUBIAN FESTIVAL CELEBRATING WOMEN’S MONTH can be purchased on Computicket online and at Shoprite and Checkers stores across South Africa. Telkom subscribers and customers can purchase tickets direct with their phone numbers and Telkom accounts via Telkom’s official premium livestream platform OAS1SONE and Rockstar Television on Telkom Plus (www.TelkomPlus.co.za).

If fans can’t make the livestream itself (3pm onwards, on August 29), tickets can also be purchased on OASISONE and RockstarTV’s platform on www.TelkomPlus.co.za or www.RockstarTelevision.com for on-demand streaming of either the entire show or chosen artists for 48 hours after the live show ends.