Raw thoughts
Op-Ed: “It Was All A Dream” The Black South African Creative Thrives
Published 2 years ago by Ray Maota 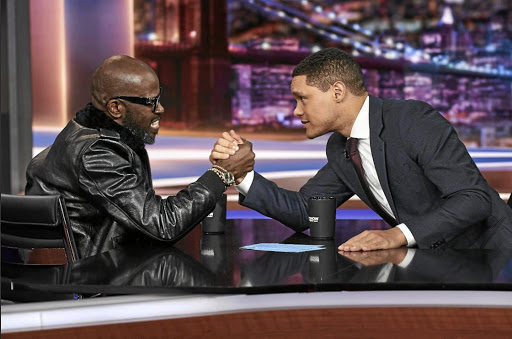 The year 2019 saw the black South African creative reach stratospheres that were once unimaginable.

South Africa has a history of black prejudice which made it hard for them to thrive equally to other races.

Blacks were subjected to just being the labour while other skills were ignored during Apartheid.

The best they could be were teachers, police officers, and nurses. Naturally, black parents would want their children to follow suit.

Fast forward to 1994’s democratic elections and for the first time, South Africa saw every race as being equal and the playing field, although not level, was open to possibilities.

Although there are still sectors that lack transformation and the black, female and previously disadvantaged professional isn’t fully represented, the turn of the millennium saw the rise of the black creative and no year stands out as much as 2019.

Here are a few examples of the heights reached by the black creative throughout the past year:

Trevor Noah – The South African comedian and television host landed one of TV’s most prized jobs as the host of the Daily Show and in 2019 was nominated for a Grammy Award for his stand-up special ‘Trevor Noah: Son of Patricia’ and will be up against the likes of talk show host giant Ellen DeGeneres as well as Dave Chappelle.

The Daily Show was also nominated for the 51st NACCP Image Award.

Noah also had a sold-out Madison Square Garden show, a first for an African comedian.

Last night was incredible! Thank you to everyone that packed out @thegarden and made it such a memorable night! 🙏🏾 I didn’t want it to end. 📷: @marklashark #LoudAndClearWorldTour

Black Coffee – No other DJ from South Africa has reached the heights Nkosinathi Maphumulo is at. He is always playing gigs abroad that his South African fans treat is a privilege to hear him mix.

What makes it even better is he has opened the industry for fellow DJs and musicians by taking them with him to play abroad.

The highlight of 2019 was seeing him being interviewed by his South African brother Trevor on the Daily Show to an international audience.

A  beautiful moment for South Africa.

Karabo Poppy – Imagine the thought of a multinational like Nike calling you for a collaboration? This is the hard work of Karabo Moletsane, a multi-award-winning Illustrator and street artist from Soweto.

She became the first South African artist to collaborate with Nike.

The Nike AF1XKaraboPoppy was part of the brand’s “Nike By You” collaborations where the brand allows artists to customized sneakers.

Not bad for a girl whose family used to call her profession: “Di popeye”.

Such an honour to get to tell my story of using unconventional canvases to make art more accessible. Especially art the represents home (Africa-South Africa). With @Nike, I got to combine my passions and create not 1, not 2 but 3 custom Air Force 1 designs. A dream I never thought possible when I was drawing on sneakers and putting the AF1 dubraes on my school shoes in high school 👟✍🏾✊🏾. This hasn’t become real for me yet but can be real for you when you order it online – available worldwide on the Nike site ✍🏾👟🌍🇿🇦🇳🇬🇱🇸🇺🇸🇬🇧🇸🇪🇷🇴🇵🇸🇮🇳🇨🇦🇦🇺🇧🇪🇯🇵🇯🇲🇹🇭🇿🇼🇧🇷🇧🇼! Link in bio! Thank you to every person that was part of getting me here, I will keep on honouring your support daily. — — — #KaraboPoppy #KaraboPoppyXNike #KaraboPoppyAirForce1 #KaraboByYou #Nike #AirForce1 #Illustration #Design #WomenInIllustration #AfricanAesthetic

Nomzamo Mbatha – Nomzamo became the darling of South African TV as Thandeka on Isibaya but her career has risen to be involved in the highly anticipated Coming 2 America sequel with Eddie Murphy.

She is now based in the United States and has been seen gracing red carpets among Hollywood A-Listers.

As her star continues to rise, she was also appointed a UNHCR Goodwill Ambassador in 2019 as well as being inducted into the Golden Key International Honour Society as one of its Honourary members.

The Black South African creative is taking over the world and it’s amazing to witness.