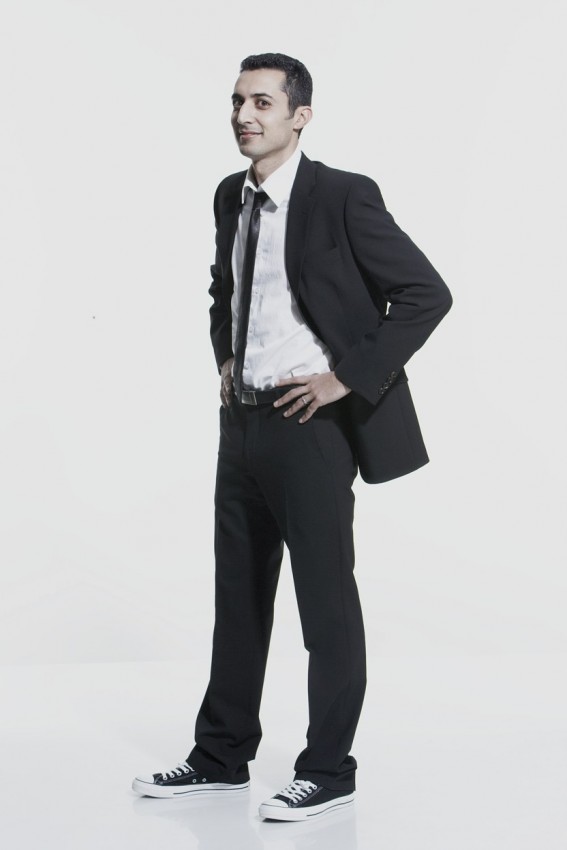 This is the first ever Cape Town outing for the “Comedy Central Presents…”  franchise. Riaad Moosa Live at Parker’s Cape Town will be taking over the Roxy Revue Bar at GrandWest Casino & Entertainment World on Monday 10 December.  Highlights of the show will subsequently feature on Comedy Central on Friday 15 February 2013. South African Comic’s Choice award winner Riaad Moosa (@RiaadMoosa) is one of South Africa’s most popular and acclaimed funnymen – and just happens to be a qualified medic as well!  Known as “the Comedy Doctor”, Moosa certainly seems to have the remedy for the nation’s ills, prescribing a regular dose of laughter, straight up (hold the aspirin). On stage, Moosa conquers new fans on an almost daily basis with sold-out one-man shows such as “Strictly Halaal” and “Riaad Moosa for the Baracka”.  A regular on TV, Moosa has appeared in “Laugh Out Loud” and cult SABC 1 series “Pure Monate Show” and is now a regular fixture on “Late Nite News with Loyiso Gola” hosting a segment called “The Second Opinion – with Dr Riaad Moosa”.  In 2009, Moosa featured in the Anant Singh/John Vlismas produced comedy-collective feature film “Outrageous”, which was released at cinemas nationwide towards the end of 2009.  More recently, Moosa has been flexing his comedic and dramatic acting muscles, playing the lead in the movie “Material”, which is currently inspiring audiences all over the UK.

Comedy Central Presents Riaad Moosa Live at Parker’s will premiere on Comedy Central on Friday 15 February at 20:55 CAT. Tickets are available on the door at Roxy Revue Bar, or at Computicket, priced R120.  Doors open at 19:00 CAT.