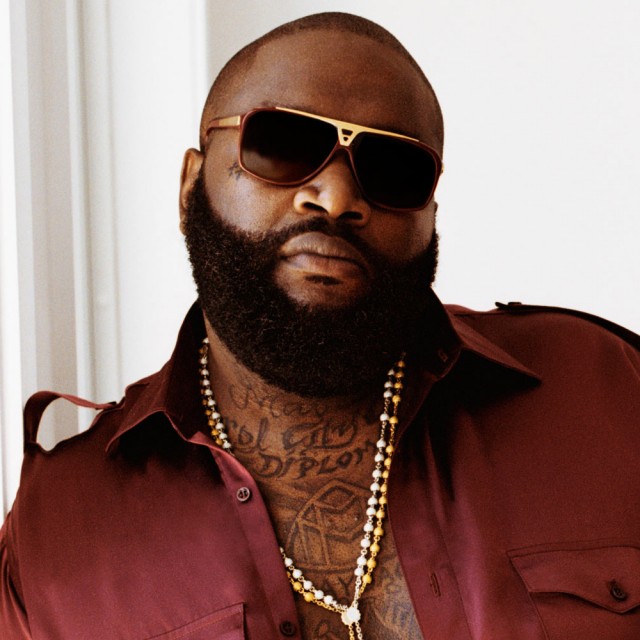 It has been confirmed that USA multi-Grammy award hip-hop mega star Rick Ross will also perform at this week-end’s Annual Guma Family week-end at the Kanyamazane stadium, Nelspruit. He will be one of the artist performing during the Robert Gumede and Guma Thanksgiving 6 to 6 Music Festival on Saturday 10 August. Other artists include R&B sensation Keith Sweat, South African award winning artists Khuli Chana, AKA, Zahara, Mafikizolo, Dr Malinga , Zakes Bantwini and many more.

All the festivities at the stadiums are for free, Mahala for the people of Mpumalanga.  From August 8 to August 11 2013, Robert Gumede has invited business clients, business partners, friends, foreign dignitaries and captains of industry from across the globe to join him and his family as they celebrate several important milestones with the people from his hometown Nelspruit, Mbombela in Mpumalanga Province.

Although this social event, hosted by the Guma Group and Robert Gumede Family Keni Foundation, has become an annual highlight for Mbombela residents, this year’s occasion is especially momentous – not only does it mark Robert’s 50th birthday, it’s also been exactly 15 years since the inception of Guma and the 12th anniversary of the Annual Guma Family Weekend, which is the most sought-after premier event in Nelspruit, Mpumalanga.

To set the tone, the events will kick off with “Keni’s Welcome Party – A Diva’s Jazz Night”, featuring South African jazz divas, Judith Sephuma and Brenda Mntambo. In planning the events for day two, the 9th August – Women’s Day, and Robert’s actual birthdate – no detail was overlooked and there will be fun and excitement for everyone. From the 12th Guma Golf Day and an elegant “Ladies Luncheon and Tea Party”, to a “Survivor Camp” for teens and an “Alice in Wonderland” playground for the little ones – every guest is guaranteed an unforgettable experience.

The night will culminate with a Hollywood styled-birthday party and a Guma 15th anniversary celebration banquet, with a musical feast featuring multiple American Music Award winner and R&B singer Keith Sweat, as well as the Three Afro Tenors and DJ Siyanda. A special commissioned stage play depicting Robert’s past five decades of life, hardships, successes and dreams titled – The Journey: The Unfinished Story will be staged. A two-man show starring local and international renowned movie actors has been commissioned under the watchful eye of a Nelspruit-born movie director and producer.

Day three, August 10th, is the Mbombela Youth Family Day which is wholly dedicated to the memory of Robert’s mom Keni and grandmother Memede Gumede and other single mothers and grandmothers who raise and educate their children using their meagre domestic worker salaries and social pension grants. For the family weekend, Guma’s VIP’s and their families are invited to join the Gumede family at the Kanyamazane Stadium in hosting over 7 000 primary school children from vulnerable communities in the area. The primary school kids will be bused from the various townships and villages to Kanyamazane Stadium. Most of these school kids are looked after by their single mothers and grandmothers.

During the day from 10am to 4pm, the Kanyamazane stadium will be transformed into a land of magic with music, games, fun rides and even a circus exclusively for the over 7000 school kids. Robert Gumede’s magic continues from 6pm where township parents and other young people will be invited to come and enjoy the fun rides and circus.  That night the stadium will be lit up by a spectacular fireworks display never seen before in the township.

For the first time in the history of theatre, the broadway Umoja musical will perform in an outdoor stadium in front of over 40 000 concert goers. Everyone will have to bring their dancing shoes and must have the stamina to boogie all night long until 6am the next day. All this is for free, Mahala for the people of Mpumalanga.

Robert Gumede is one of a kind and always celebrates with his people in Nelspruit, unlike many top businessmen who celebrate in glittering adopted cities or overseas in exotic islands. Gumede as part of his birthday and Guma anniversary wanted to enjoy the day with his people who are part of his past and future. As a role model to young people, he wants them to know that with education everything is possible, and you must learn to share your wealth no matter how rich you are. All of these community events are courtesy of the Robert Gumede Family Keni Foundation and Guma. “Umuntu ngumuntu ngAbantu!”, says Gumede.

Besides the activities on the day, the Robert Gumede Family Keni Foundation (managed by his wife Dr Tee Gumede) is involved in a number of ongoing initiatives in the Mbombela community such as healthcare, education – including over 100 tertiary education bursaries – equipping schools with computer hitech centres – as well as improvements to local schools and the SA Police stations. The foundation at this year’s event, will be donating clothes and food parcels to deserving families. The family weekend VIP guests have been requested to donate used clothes and food parcels.

The Robert Gumede Family Keni Foundation will also give away two houses as a winner’s prize. One at the Kanyamazane school kids extravaganza and the other at the music festival. Two lucky families will walk away with a house each to be built by the Foundation. “It is my sincere wish to celebrate my half-century milestone in the true spirit of Ubuntu and for us all to join together in making a difference, especially to the children. It is also about making sure that our children know that “IF YOU DREAM IT, YOU CAN ACHIEVE IT”. For me as a son of a single mom It’s all about giving and giving and never giving up,” Robert Gumede concluded.