Recently back from her successful show at the SoleDXB festival in Dubai, global citizen Sho Madjozi is seems poised for local and international success. And this week she is launching two projects which will see the young star reach new heights.

Best known for her Xitsonga lyrics and vibrant fashion, this week sees the launch of her debut album Limpopo Champions League and the launch of her clothing line. She has been featured on Apple Music’s African A-List today. 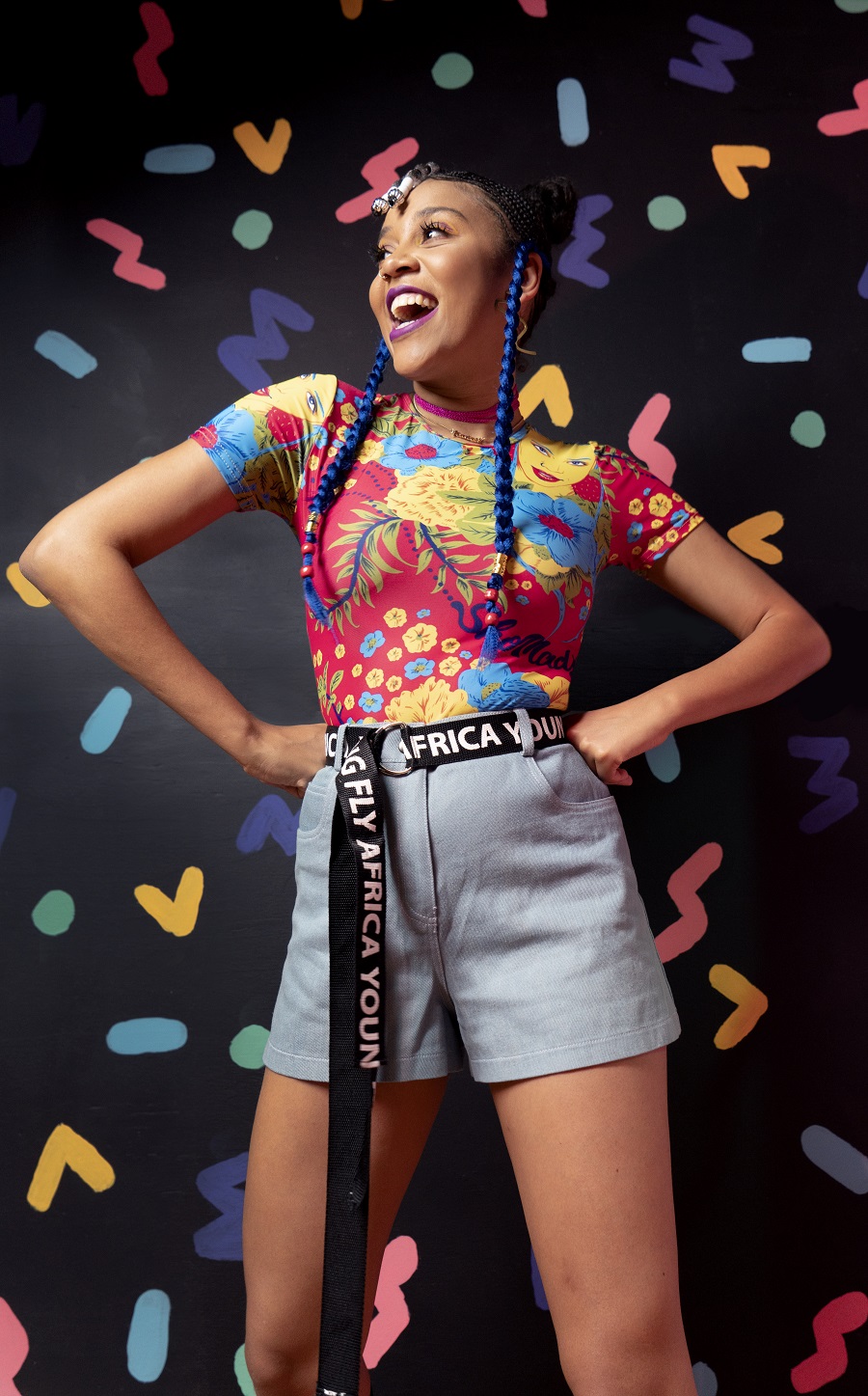 Aptly titled Limpopo Champions League, this 13-track album sounds like a celebration of being young and African. The song ‘KONA’ , in which Sho Madjozi sings that Tsonga people belong everywhere, is an exhilarating affirmation of her Tsonga culture, while the lively track ‘Don’t Tell Me What to Do’ is fun and talks about being a carefree African girl.