Reaching over a million views on her performance on international music show Colors, the star in partnership with Stayfree, has launched In Sync with Sho Madjozi. The chatbot, available for free on Facebook’s Messenger platform, provides information through audio clips of conversations between Sho Madjozi and a health professional; relatable illustrations and text conversations. Users can also anonymously submit their questions and comments via the chatbot which will be answered by experts who are on standby to assist.

Stayfree recognised Sho Madjozi’s commitment to empowering young girls and felt that she would be the best role model to partner with on the brand’s journey to naturalising menstruation. This comes at time when the spotlight is on women’s issues in South Africa but the chatbot, which will empower and equip girls to deal with menstruation, is not limited to Women’s Month. Earlier this year Sho Madjozi said that she was working on something exciting with the brand and that she was looking forward to creating a space where girls can feel comfortable addressing their bodily concerns. Menstruation is a topic that isn’t sufficiently up for open discussion, and together with Stayfree, the Forbes Africa 30 under 30 creative, is working to change that.

Sho Madjozi teamed up with Stayfree’s global #OURMOVE campaign that aims to naturalise menstruation so that young women can stay in school or go to work and achieve their goals in life. The aim of Stayfree’s In Sync with Sho Madjozi chatbot is to equip girls with the information they need to functionally manage their periods and the symptoms associated with it. 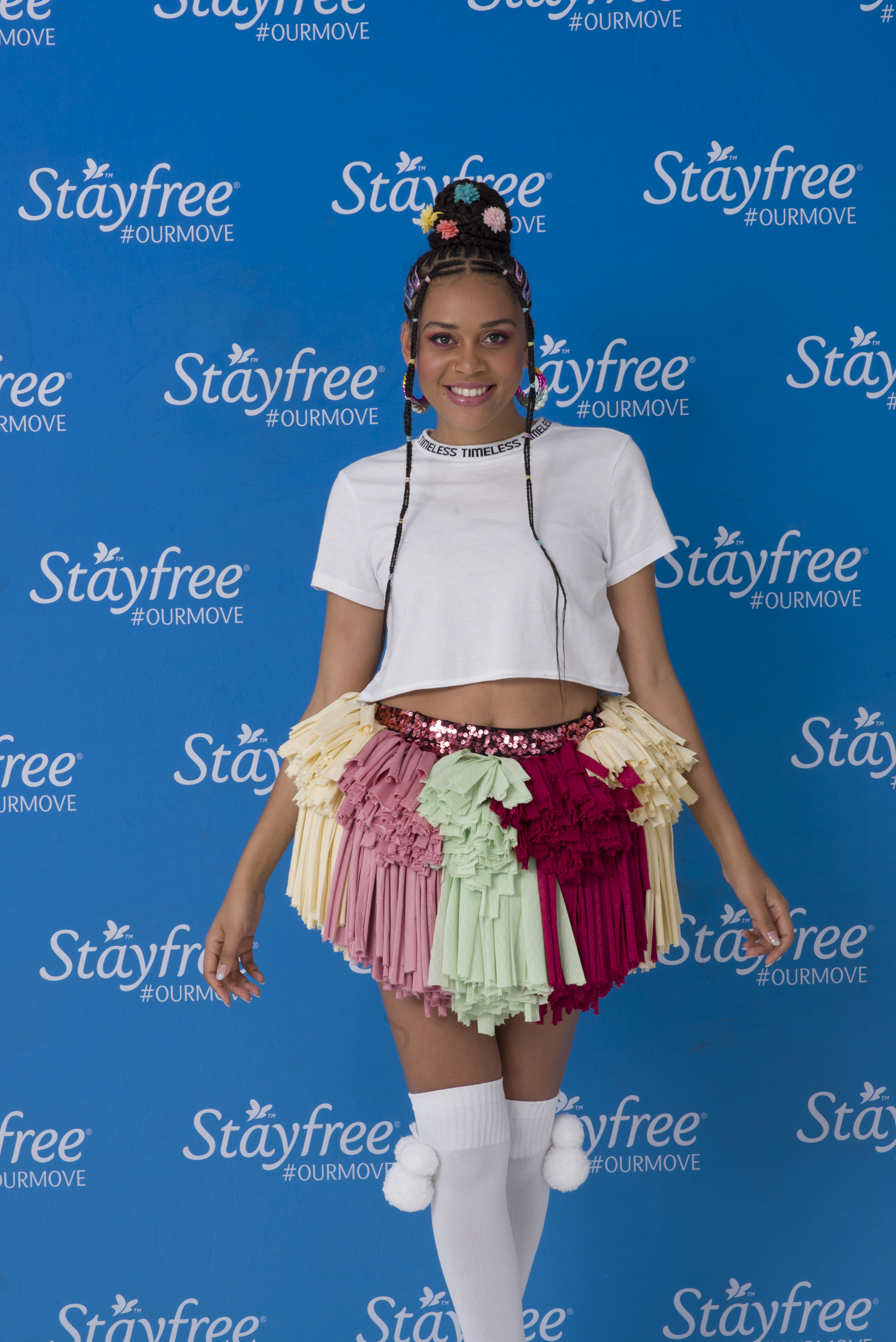 Many South African women don’t have access to support and information, and as a result, find themselves struggling through menstruation on their own. It’s both Stayfree and Sho Madjozi’s goal to provide these young women with meaningful and engaging educational content through the channel, so that they may feel empowered in their womanhood and are encouraged to ask questions and have conversations about menstruation.

The In Sync with Sho Madjozi channel was launched with a  video featuring the singer shopping for sanitary products in what she dubs “The Loneliest Aisle” while addressing social behaviour towards menstruation and questioning why periods are still a taboo topic that girls work so hard to hide.

For Sho Madjozi, who starred alongside Beyonce, Jay-Z, and Ed Sheeran at the Global Citizen: Mandela 100 concert in December last year, the naturalisation of menstruation has always been close to her heart.

“I hope this channel will open up a space where it’s not only acceptable but where it’s cool to discuss menstruation. I wish I knew more about menstruation when I started. There was shame around it and there was the idea that I should already know what to do about it. I had to learn the hard way through a lot of confusion and ruined underwear and it’s my hope for girls out there, that as they enter into this stage,  they are more prepared and more comfortable with their bodies because of the information that we’re putting out there with Stayfree” said Sho Madjozi.

“Stayfree is on a journey to help naturalise menstruation, something that almost half our population goes through. We want to enable and empower young women to progress in life by understanding that their period is a natural bodily process that should never hold them back. We have worked to ensure we offer products that are designed to fit a woman’s body and stay in place thereby preventing leakage and providing comfort. We want women to be able move freely and feel comfortable while on their period, allowing them to focus on their goals and slay at the same time.”  Added Stayfree Marketing Manager, Robyn Kruyer,

Sho Madjozi Furthers Her International Footprint With ‘Own It’ Remix
Join the ZKHIPHANI Fam!