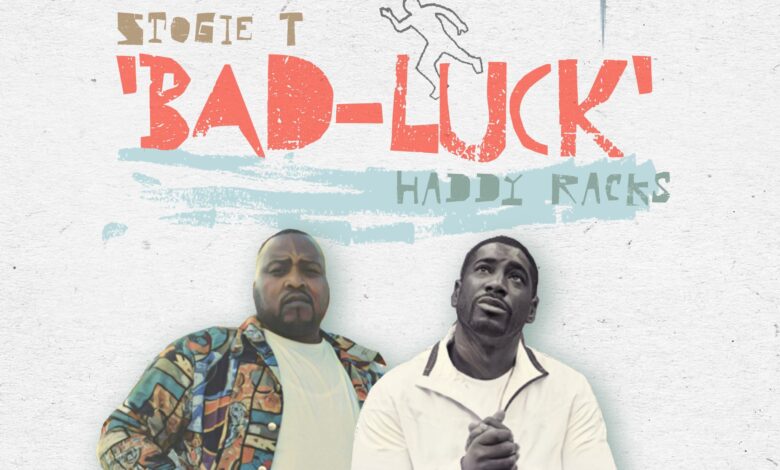 After the roaring success of his 2019 EP, Empire Of The Sheep, Stogie T returns with the a new joint. He collaborates with New York City rapper, Haddy Racks on his first single for 2020 titled Bad Luck.

Bad Luck is an extension on the Lord’s Work that Stogie T continues to do in the SA music scene. The beat and the lyrical content is made for pure Hip Hop lovers who value the art of storytelling and the sheer expertise of punchlines in their music.

Perhaps what is impressive about Bad Luck is the richness of the stories told by both the artists. They both tell stories from opposite sides of the world and highlight how the odds are forever stacked against those in the hood.

Stogie T uses such great imagery in his verse on this song. He paints the picture of a guy he knows from the Cape who has struggled to self-actualize of the area he grew up but also because he has been desensitized to the hardships of life. Haddy Racks on the other hand is less poetic and gets down to the grit of it. He tells the story of where he is from and how murder, drugs, police brutality and loss is the order of the day. As bitter as the pill is to swallow, Haddy Racks is both earnest and engaging in his verse, using everyday language to simplify his message.

What we found incredible is the chemistry between these artists and how they are able to go toe for toe. It looks like Stogie T his actualizing the level of artists that he should look to working with in the future because Bad Luck is an incredible piece of music.

Stream the song on Apple Music.