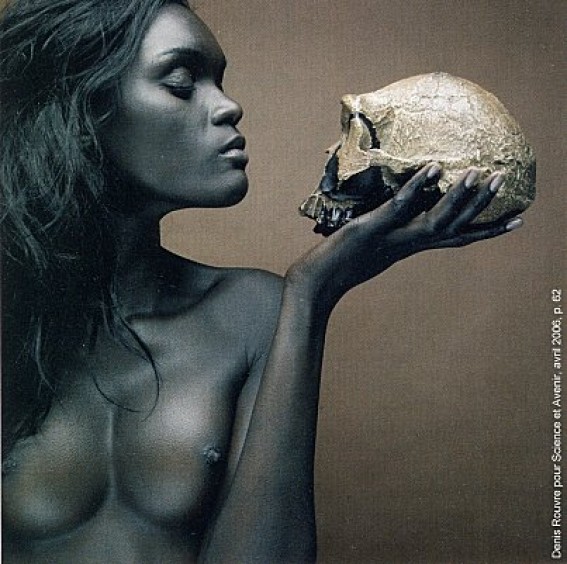 Dr. Albert Chuchward, distinguished scholar, anthropologist, and archeologist theorizes that the earliest member of the human species appeared about two million years ago in the Great Lakes region of Central Africa.This early human species eventually spread over the entire continent.  Many individuals in Dr. Churchward’s field generally agree with his theory, including Dr. L.S.B. Leakey.  In 1963, Leakey found primitive human fossils, 1.2 million years old in East Africa. Further discussion on this theory was published in Newsweek Magazine, January 11, 1988, in an article called “The Search for Adam & Eve.” The subject was about the collection and testing of a global assortment of genes.  A trail of DNA was found that led them to a single woman from whom we all descended.  The evidence indicates that Eve lived in Sub-Saharan Africa, between 80,000 and 200,000 years ago.  Her descendants began migrating from their original homeland, inhabiting the whole world.

The African ancestry of the human race is now generally accepted as a fact. In 1988, the findings of anthropologists Christopher B. Stringer and Peter Andrews, of the British Museum of Natural History further confirmed the single-origin theory, that Homo Sapiens had evolved from an African Homo Erectus group, 200,000 years ago who had later **migrated to Asia and Europe about 100,000 later. Both scientists contend that fossil evidence supports their single-origin theory.

They also note that the oldest ‘modern looking’ human fossils from Western Europe, are only 35,000 years old. Human skull remains, 2.4 million years old were found in Kenya in 1965. This new date places the origin of human beings within the period of major climate change, a global cooling is already believed to have caused other mammals to undergo dramatic evolutionary change.  Geologist, John Martyn discovered the fossils while working in the Chemeron Beds in Kenya’s Great Rift Valley. The date of the skulls was determined using a new scientific method called Agron.  These discoveries help to validate the fact that mankind originated in Africa.  Humans born around the Great Lakes region, so very close to the equator, would have been very heavily pigmented.  Gloger’s Law states that warm-blooded animals born in such an equatorial region as the Great Lakes and Kenya will secrete a dark pigment called eumelanin (melanin).