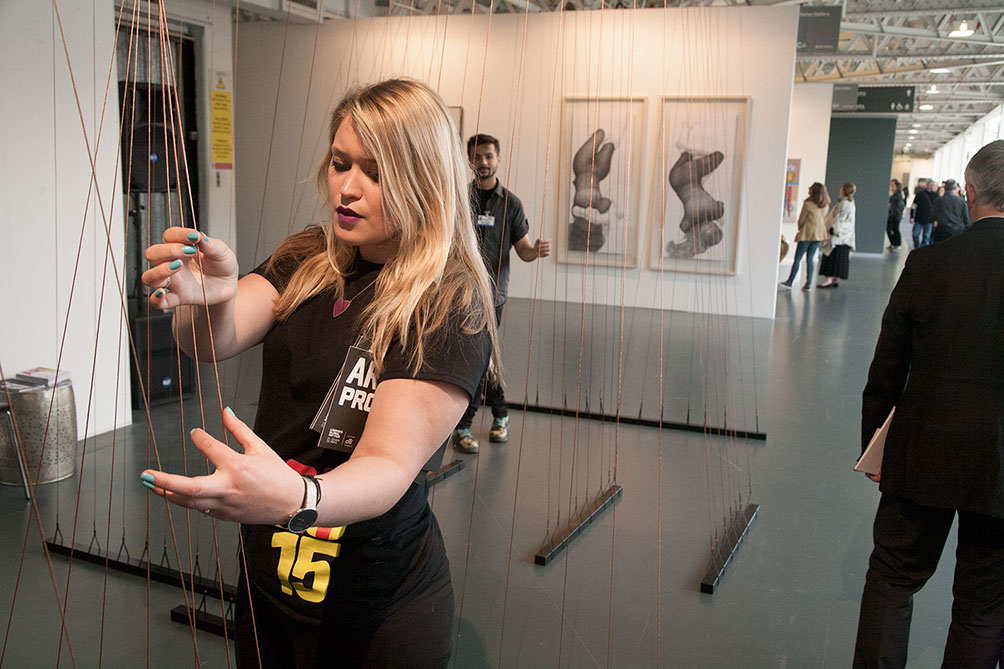 Titled Songsmith, the first of three collections from artist Jenna Burchell can be experienced at Spier. 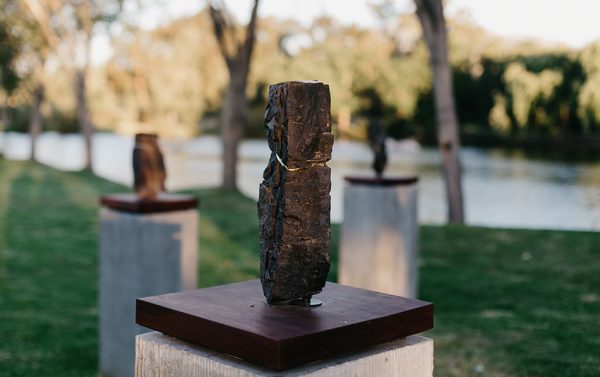 Soothing sounds coming from ancient rocks along a dam?

This might sound far-fetched, but artist Jenna Burchell has transformed twelve ancient rocks into interactive sound sculptures at the Spier Wine Estate.

The collections in the three-part series are named after three geographic locations where rare and significant prehistoric events occurred: The Cradle of Humankind, Vredefort Dome, and the Great Karoo.

From the Karoo to the Cape 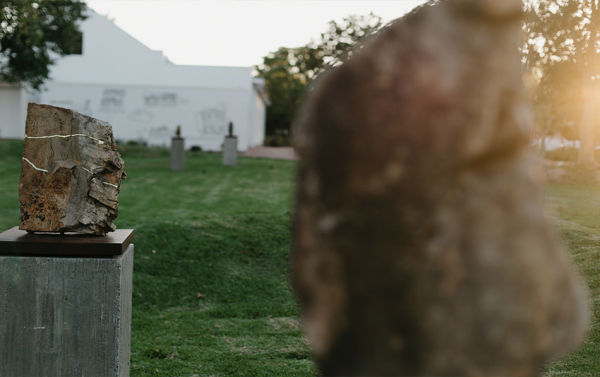 Burchell collected beautifully fractured rocks at these locations and repaired these following a method inspired by Kintsukuroi.

The result acknowledges both its brokenness and repair, celebrating this as a part of the object’s history, not as a flaw that should be concealed.

Songsmith (The Great Karoo) represents the Permian-Triassic Extinction when almost all of Earth’s species – land and sea – were lost around 260 million years ago.

This dramatic event’s catastrophic volcanic activity left behind a ghost-like mark on the earth: a distinctive white rock bed (bleached by the volcanic ash) running for kilometres, like a chalk line, across the mountains of the Great Karoo.

The process to Songsmith

In March 2017, Burchell began walking from a farm near Matjiesfontein towards Laingsburg, following the extinction line where possible, searching for rocks using four selection criteria:

Over 30 rocks were collected and shipped to Burchell’s studio in Pretoria. A narrowed-down selection of 12 were restored, their fragments bound together with gold seams.

The installation at the Spier dam proportionately represents the geographical locations of where each rock was found along the extinction line.

Each rock’s unique sound was generated from the raw electro-magnetic readings captured from beneath the rock’s original resting place.

Embodying a place in time, the resulting sound sculpture sings of its creation and of the land wherein it has existed for millennia – connecting the listener in the present with the rock’s ancient significance.

Burchell is an award-winning South African artist and is driven to find ways to preserve the fragile and ephemeral nature of memory and experience.

Often this involves fusing the digital with the natural world in order to create vessels, archives and libraries wherein the historical are subverted with narratives from the periphery.

Burchell’s process allows function and relational aesthetics to direct the physical formation of her work. This often results in sculptural sound objects and large-scale interactive environments in which the audience must be present. People, communities and places are rooted in the essence of her practice.

Burchell (born 1985) has exhibited at various national and international galleries, museums and institutions.

Her works have been featured as special projects at select art fairs including: The Art15 (London), and the FNB Joburg Art Fair (South Africa). She was the recipient of the Thami Mnyele Fine Art Award (2011) and has been a resident artist at sculpture parks such as the YSP and Nirox.

Her travelling solo project titled Homing was featured on the main programme at the National Arts Festival, Makhanda (2014).

For more of her works, check out her website www.jennaburchell.com