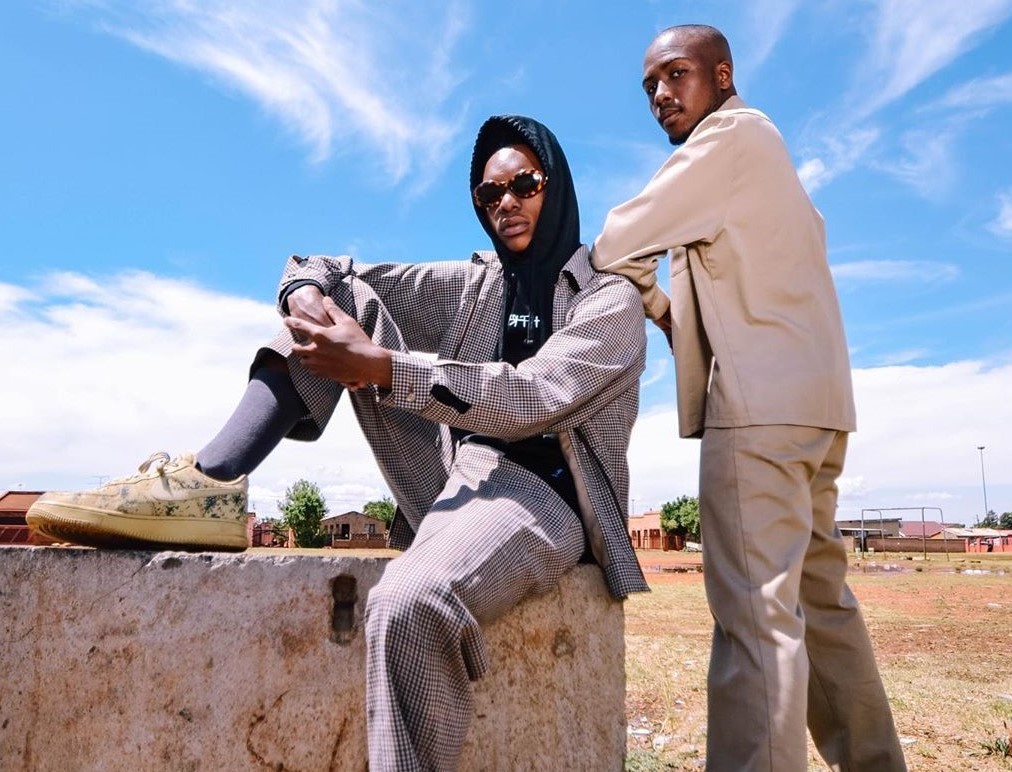 What makes a compelling rap duo? Is it the chemistry between the artists, the amount of sheer combined creativity or is it the chemistry? It could be a combination of all three and more but one thing we do know is that we love when two artists collaborate, we get the best of them. 1641 is one duo we have on our radar, have you met them yet?

1641 primarily make Trap music with an unmistakable global edge to it. The Hip Hop duo, originally from Sebokeng in the Vaal, consists of Life of Niks, real name Nikiwe Tom and Mosa The Misfit, Mosa Botha.

Originally, 1641 music was a side project for their clothing brand named EARTH. But after the release and success of their 1st single Fabric in 2018, the duo took their standpoint on music seriously. The general feel on Fabric was carefree and embodied everything we love about Trap music. Complete with a banging beat and raps about their immaculate lifestyles, 1641 were in no way re-inventing the wheel. They were riding on a wave that was laid out for them while putting a twist and their own spin on it.

Their single, Designer picks up where their debut Fabric left off

They released their second single, Designer, in 2019 which saw them embark on a high school tour around the Vaal as well a host of other performances. Designer continues what they started with Fabric and it combines their love for fashion and Hip Hop. They flex on us about their taste in the threads and the visuals follows this.

We see them in various locations around the hood in stylish, fashion forward clothing. This reminds me of growing up and seeing well-dressed uncles in the hood who just appreciated the latest fashion and designer brands.

Directed by Zay Ndlela with the help of creatives affiliated with 41’WORLD, Designer captures 1641’s aesthetic and message. The duo plan on furthering their musical reach to not only the rest of Gauteng but also South Africa and beyond. We have no doubt that they will reach their goals.

Link up with them on their social media and check out the visuals for Designer below!