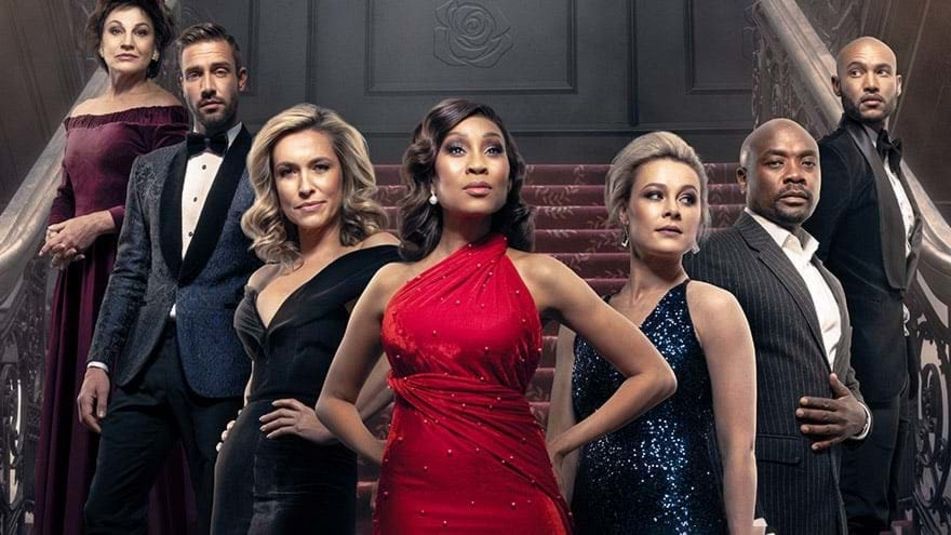 Jaw-dropping drama. Never-ending plot-twists. Unlimited suspects. For fans of DStv’s biggest production to date, Legacy, this has become a rollercoaster of experiences. The local telenovela premiered on M-Net (Channel 101) just three months ago, but the incredible storytelling and talented cast have quickly made this must-watch television. Legacy offers fans romance, glamour, wealth, drama and deceit all the way until their 50th episode and directors Phathutshedzo Makwarela and Gwydion Beynon show no signs of stopping.

To celebrate the airing of episode 50, we have compiled a list of the 10 most memorable moments thus far:

Having been groomed to take over the family company, Sebastian’s eldest daughter, Felicity’s dream is snatched away when her father finds out she’s been ‘seeing’ his driver. Reacting in anger Felicity and Sebastian struggle and Sebastian ends up falling off the cliff only to return and be shot by Stefan, Felicity’s love interest.

Watch episodes 1 and 2 on DStv App and Showmax

With the famed Detective Koeksister (Badenhorst) hot on the heels of the killer couple, Stefan and Felicity move Sebastian’s body, from the lodge, to throw him off their ‘scent’. The couple then bury Sebastian under his beloved rose garden where they suspect no one would look.

Dineo Price has another son

Dineo is prepared to be imprisoned for arranging a hitman to kill her husband rather than telling her family- and the world- that the person she had met up with the night before Sebastian’s death was her son, Sefako. After being caught on video handing a bag over to a man at the petrol station, Dineo is wrongfully accused of hiring a hitman to kill Sebastian. In a shocking twist, we discover that it was in fact her son she had at 16 years old, named Sefako, who was in trouble and needed help. Sefako, having already been in trouble with the law, is protected by Dineo as she refuses to tell anyone that it was him who she handed the bag to the night before in a bid to not abandon him once again.

With Stefan’s help, Felicity finds out that the person blackmailing them is Ntate John, a helper at the family lodge, who has video footage of her and Stefan moving the body.

We were finally happy that SJ and Petra were going to be a couple and even came up with cute names for their situationship but stopped mid-way as Toya, SJ’s secret American fiancé, showed up.

Toya announces that she is pregnant

As if being a secret fiancé isn’t enough, Toya also reveals that she is expecting SJ’s baby which naturally sends shockwaves throughout the entire Price family with many members suspecting that she may be lying about the pregnancy.

Stefan’s report states that Sebastian was killed and eaten by lions which leaves the Price family in shock. Stefan, subtly assisted by Felicity, persuades the family to believe the story about the lions.

Having enough of being on edge with him around, Felicity asks John what he wants to stay away forever and John reveals that all he wants is the Price family Lodge.

Felicity getting close to Sefako to manipulate Dineo

To secure the family lodge for Ntate John, Felicity must not only get the votes of the board but, also that of her family to which Dineo outright disagrees and even goes as far as to get a court interdict. Felicity responds by staging a tell-all interview with Sefako to force Dineo into withdrawing her court appeal.

After getting into an accident while she’s drunk, Lexi has no other choice but to call Felicity. Together the two must move the body of the man Lexi has killed as well as cover up exactly what happened.

To catch up on all the drama that is the first 50 episodes of Legacy, you can download the DStv App or watch the episodes on Showmax. The series airs from Mondays to Thursdays on DStv Channel 101 (M-Net) at 19:00.

Join in on the conversation on social media by using the best Legacy memes from AmaMeme and use #LegacySA on Twitter (@DStv), Instagram (@dstvza) and Facebook (@DStvSouthAfrica). For more information, check out the show page here.