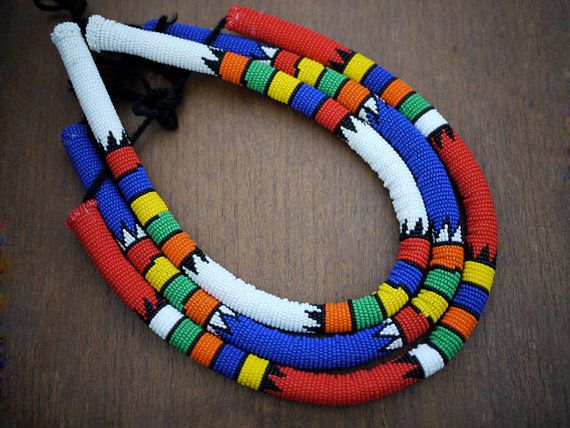 Zulu people are a fierce ethnic tribe from Southern Africa and have been renowned for their artistic beadwork and colourful craftsmanship. The world of fashion has evolved and this has seen different cultures incorporated into fashion trends, which has resulted in diversity and more people embracing cultures that are different to theirs and appreciating the fashion that comes from these respective tribes.

Today, we take a look at Zulu beadwork and learn what the different colours on your neck piece, headgear or bracelets mean. While you’re donned to the nines and making a fashion statement in that Zulu head band, do you know what message the beads on your jewellery are sending to the public? Do you know what language these beads speak, including, what the shape and designs on your statement piece symbolise? Let’s break it down to you!

According to various published works on colour coding and what the Zulu beadwork means in fashion design or general adornment, this craft was a form of communication between the sexes. Zulu beads were historically used as a language between men and women, to express their feelings, relationship status, or to convey a message on the appropriate behaviour expected from the opposite sex.

The Zulu’s only use one geometric shape in their beading and jewellery work – the triangle. Those who have studied the craft say that this is a representation of the father, mother and child unit. Here is what the triangles on the jewellery mean:

A maximum of seven colours is used in the crafting of the beadwork and jewellery, namely:

These are, however, the broad meanings of what each colour represents and meaning can vary depending on the context, connotation or shade of colour used.

Did you know the historical symbolism of these colours and beads used in your Zulu fashion pieces?