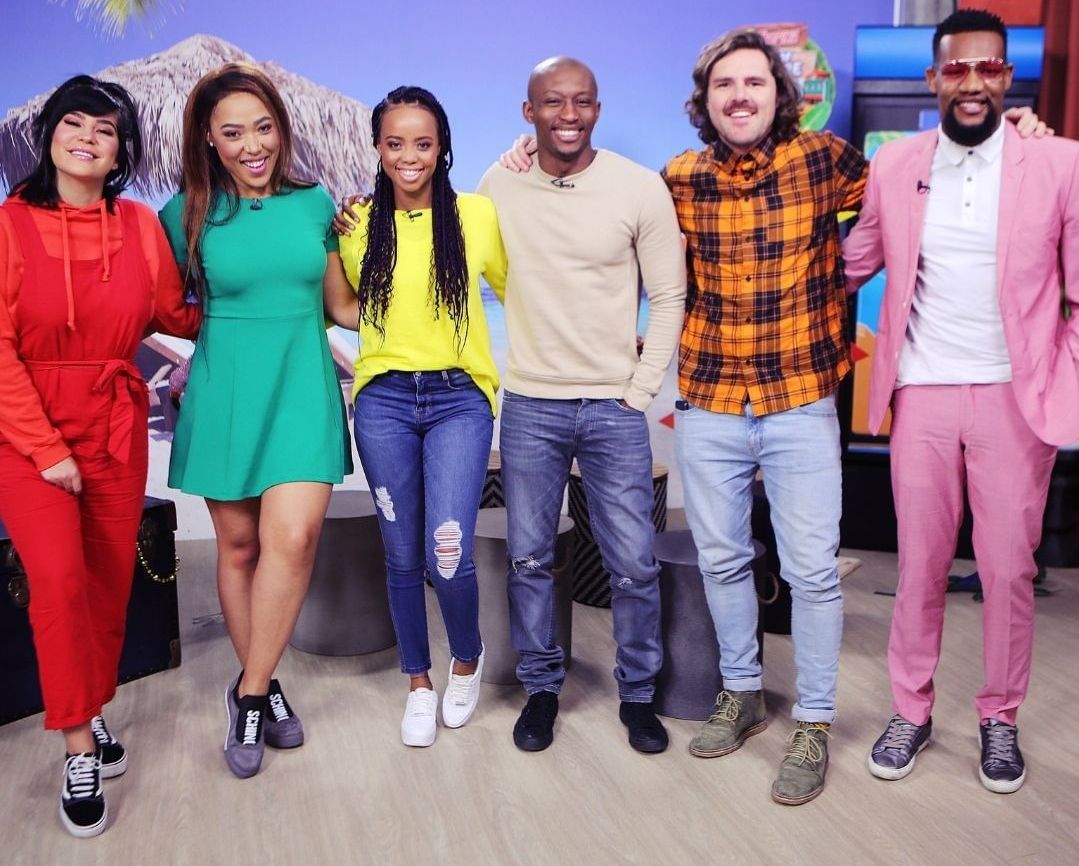 Viewers can expect to see the following familiar faces

Mzansi might be in the middle of winter, but one thing that’s sure to turn up the heat is the announcement that Tropika Island of Treasure will officially be back for a 9th season! We will see local celebrities and six consumer contestants competing for their share of smooth fame and fortune. Curaçao, a Dutch Caribbean island, feels like a little piece of Europe on the edge of the Caribbean with glorious hidden beaches, amazing onshore snorkelling and diving.

Simphiwe Ngema is a TV presenter and actress best known for her role as Thuli on popular soapie Muvhango. The 29-year-old star was born in Klipspruit, Soweto where her passion for the industry was ignited. She has recently explored her passion for music and released her debut single ‘Thola Khona’ under the name Quing Simz. The beaut is excited to be part of this season and looks forward to taking her fans on a smooth adventure to the island of Curaçao.

Soon-to-be dad Kay Sibiya is a presenter, model, MC and an aspiring businessman who aims to fuse his love for communications and entertainment into a formidable media establishment. He first rose to fame as the co-host of SABC 1’s music magazine show ‘Sunday Chillaz’. Kay is also an avid traveler and is excited to be heading to Curaçao to explore everything the island has to offer.

Famous for her hilarious Instagram videos, Nadia Japhta is one of the most exciting new faces in the local entertainment space. She is also a freelance stylist, the director of the fashion label, Strada Chic, and blogger behind the South African fashion blog, Birdline Blog. She even branched into music when she released her debut single ‘Paradise’ last year.

Entrepreneur and media personality Siphesihle Vazi burst onto the scene as the presenter of the hit magazine show ‘Selimathunzi’ and quickly became one of South Africa’s most loved TV personalities. He also starred in an exciting new role as Mthokozisi Ntuli on SABC 1’s brand new local comedy-drama ‘Makoti’. When not in front of the camera, you are more than likely to find the star at the gym.

South African actress and TV personality Ntando Duma has blossomed since her early days as a kids TV presenter and is best known for her portrayal of Zinzi Dandala on the popular TV show Rhythm City. Today, Ntando is a popular MC, TV presenter and model.

Actor and musician Bouwer Bosch kick-started his career as the lead singer of the popular Afrikaans pop/rock, SAMA-nominated group Straatligkinders, and member of the smash hit duo group Dans Dans Lisa, with Deon Meiring of the band Glaskas. Bouwer recently released an exciting new collaborative album with songstress Lucinda which shows a new, softer side to the star.

What do you think of this year’s celebrity contestants