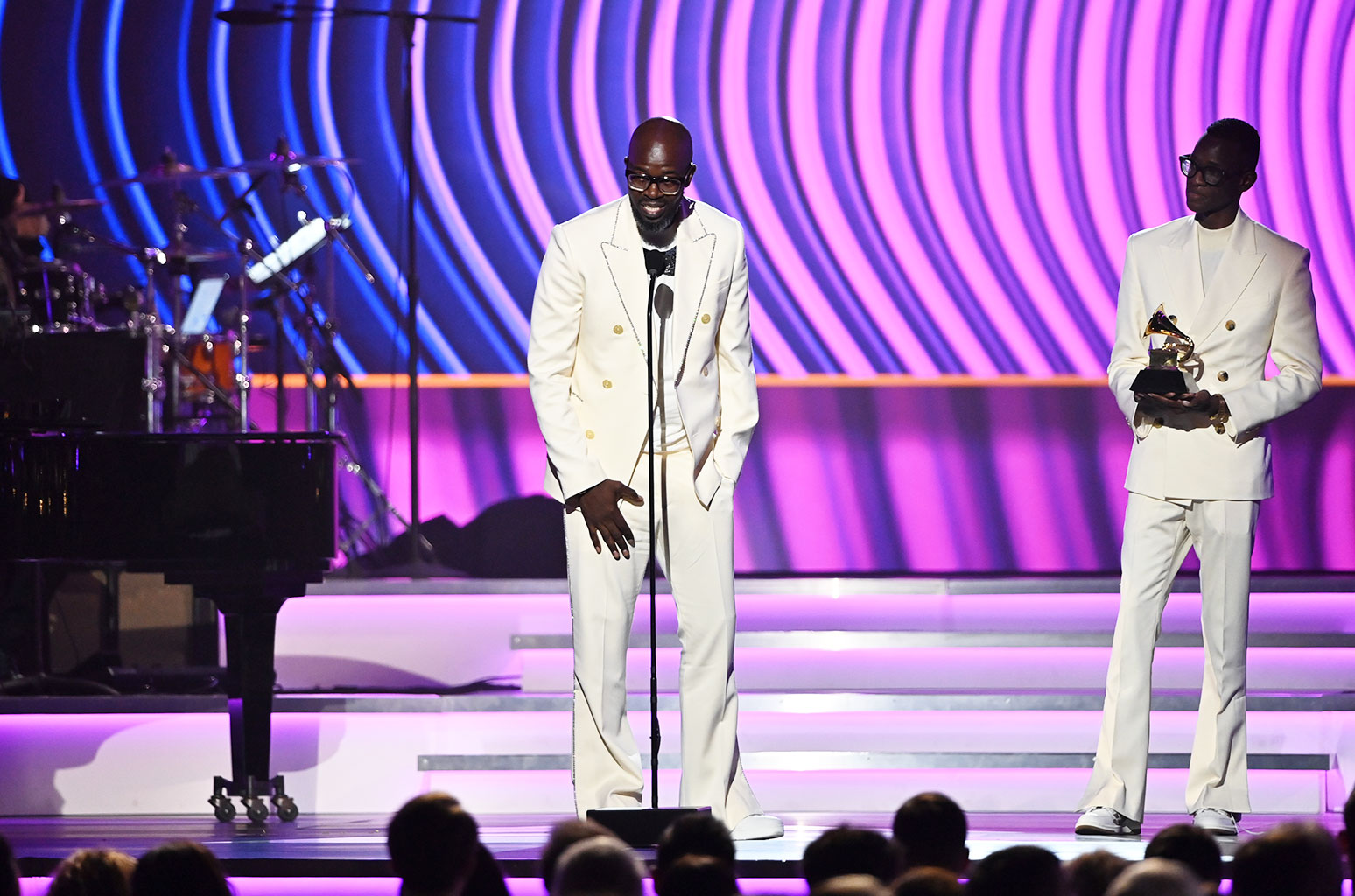 South African dance music icon, Black Coffee, has won his first ever Grammy Award. The win marks the first time a South African producer has won or been nominated in this category. He walked away with the prestigious award for his 2021 LP, Subconsciously.

At the esteemed ceremony, Black Coffee strutted up to collect his award wearing a crisp white suite and accompanied by his oldest son, Esona Maphumulo.

Visibly overwhelmed, he started off his acceptance speech by thanking God for the gift of music. “I want to thank God for the gift of music and being able to share it with the world and heal some souls.” He also thanked his team and all the artists who featured on the album, giving a special shoutout to the South African artists featured. Making special mention to singer-songwriter Msaki and alternative Una Rams.

Read more: #MusicNews: Black Coffee Clocks Over 100 Million Streams On Yet To Be Released Album “Subconsciously”

Subconsciously is a career defining album. It established Black Coffee as one of the biggest stars of the global electronic music scene. The star studded body of work featuring global stars Pharrell Williams, David Guetta, Usher among many others, was critically acclaimed and broke records before it’s release. It reached over 100 million streams, before its release. This comes after his single You Need Me was named one of the most streamed songs of 2021 in the US. Effectively cementing his dominance.

Check out some responses to the news on Twitter:

Black Coffee is such an Inspiration. His Journey just proves that Anything is POSSIBLE as long as you work hard pic.twitter.com/nQOsdisXqi

A little boy named Nkosinathi Innocent Sizwe Maphumulo from KZN province grew up to become a Grammy winner on 03.04.2022