Music
Watch: Isphithiphithi Gets a Mural in Maboneng
Published 12 months ago by Mario Machaieie

The Art of Music: The visualising of Isphithiphithi

Award-winning musician, Samkelo Lelethu Mdolomba aka Samthing Soweto’s debut album, Isphithiphithi, released on September 20th via Platoon has enjoyed a deal of commercial success. Escalating his career and prominence amongst the people. Samthing Soweto in conjunction with Platoon and with the enlisted help from Dbongz to paint a giant street mural of the Isphithiphithi cover in Maboneng. 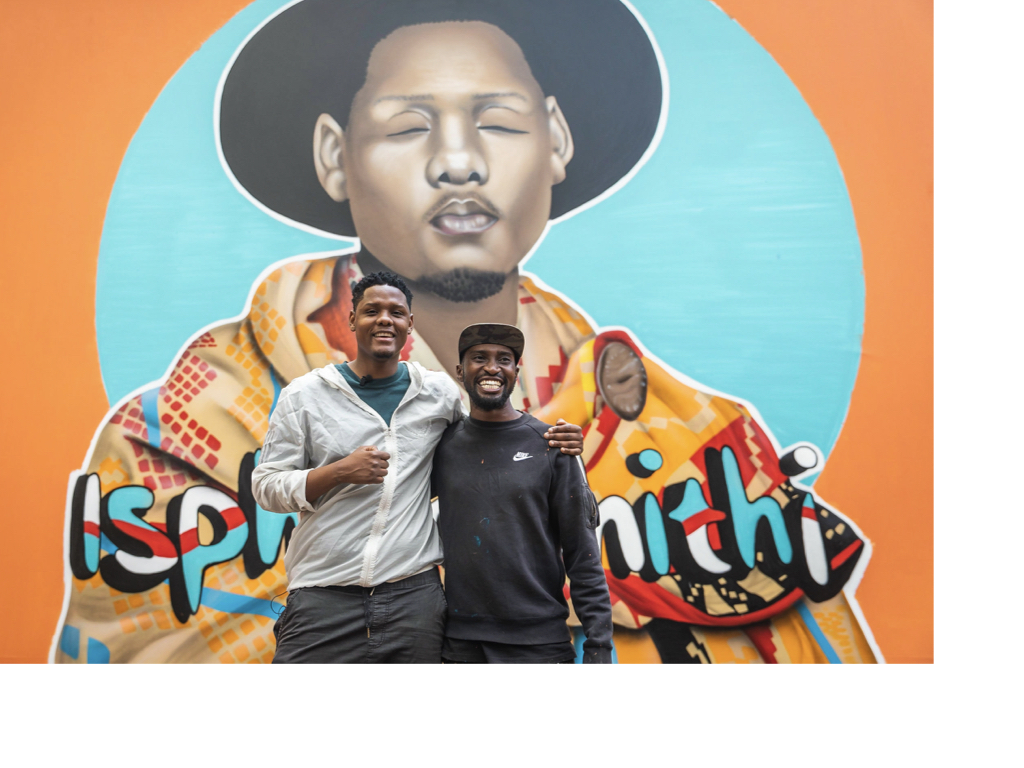 “Being presented the opportunity to paint a mural of Samthing Soweto was a great highlight for me. The aim of the design for the Mural artwork was for it to be in the same spirit as the album art, for it to be one with the music. I wanted it to be such that when people see it, they could relate it to the character of Samthing Soweto and the music that he makes”

“The process of making the Mural was a beautiful and smooth one. Meeting Samthing Soweto at the beginning of it and getting to attend his album launch also played a huge part in the success of the project, as I got to experience the man behind the music and also the music by the man. So, I really got to be in touch with Isphithiphithi and depicting it in the Mural was pure fun and joy and I can only hope that it comes across as such to everyone who gets to see it.”

The Mural can be viewed by the public in Johannesburg on Fox Street in Maboneng until Friday, 22 November 2019.

The QR code on the Mural allows passers-by who may not be aware of Samthing Soweto’s music to snap and stream his album on their chosen streaming platform.

Seth Pimentel Chats To Us About His Collaboration With Converse

Must Watch: ‘Jingle Jangle: A Christmas Journey’ on Netflix
Join the ZKHIPHANI Fam!